Is Your Turkey Season Too Early, Too Late, or Right on Time?

How to know the timing of your turkey season, and where to hunt once your birds go quiet 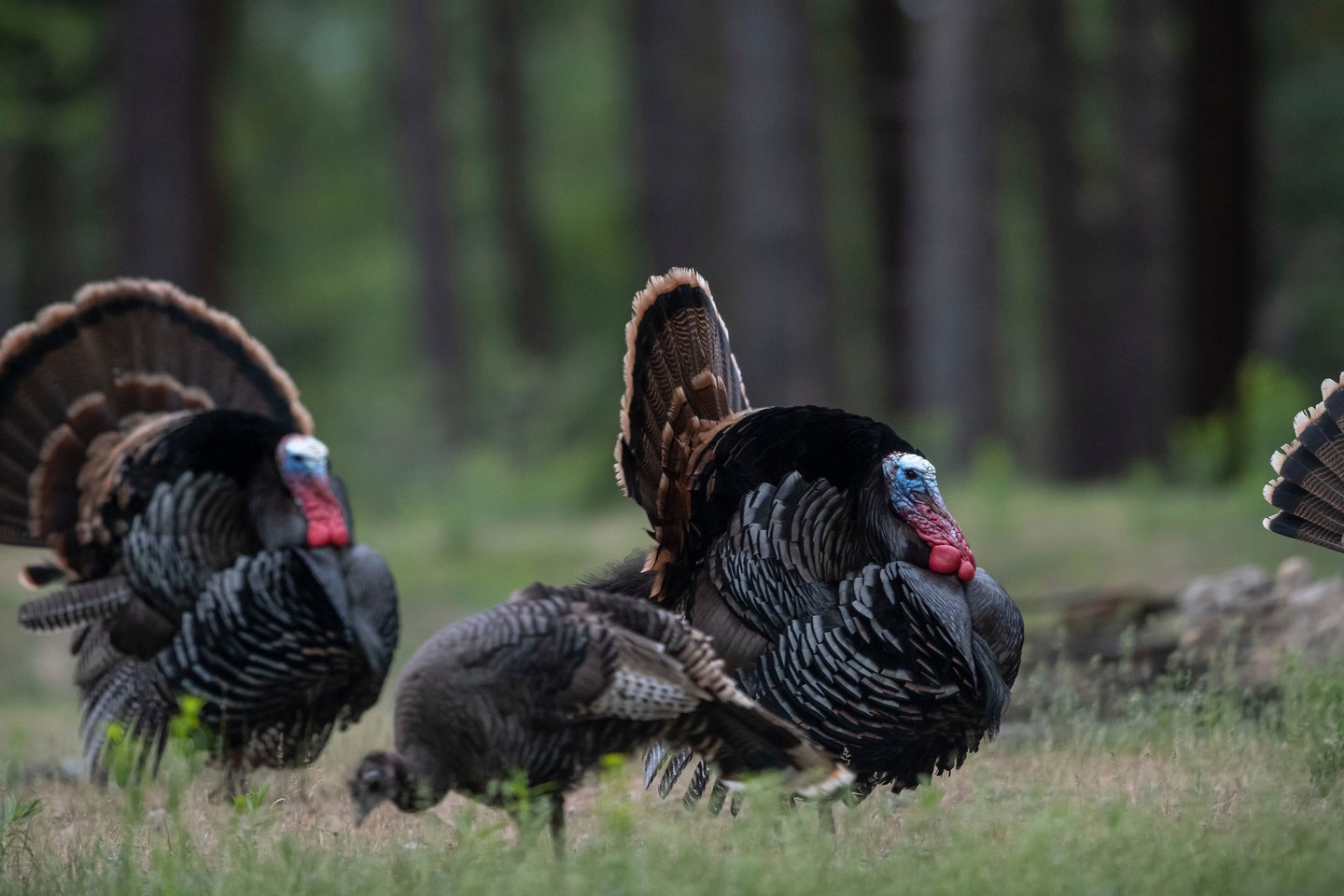 If strutters and hens are flocked up, that will tell you plenty about the timing of your turkey season. John Hafner
SHARE

Conjecture, speculation, and opinion are a recurring pillar of my annual spring turkey camp. These debates always include our observations about where we think the birds are in their breeding cycle, and how it coincides with hunting season. Are the turkeys done breeding already? Have they even started? Or are they right in the middle of things? This topic doesn’t just matter because we’re curious (though we are). It matters because the answers to those questions can determine the intensity of gobbling activity and as a result, our hunting success.

Can Turkey Season Open Too Early?

Dominant gobblers often mate early in the season, while less-dominant males mate afterward, according to the National Wild Turkey Federation. It follows that turkey seasons should be designed to open after the most dominant birds have bred hens.

“Gobblers that are more dominant have the healthiest immune systems and most desirable characteristics for living in turkey habitats. These gobblers often produce the healthiest poults that are best adapted to their environments,” says the NWTF. “Many Southeastern states’ spring hunting seasons begin early in the mating season, which allows hunters to kill the most dominant gobblers before breeding occurs. Southeastern Association of Fish and Wildlife Agencies work group expressed concern that opening seasons during this time of the mating season may cause the health and defenses of their overall turkey populations to suffer. However, SEAFWA’s report also acknowledged that more research on this topic is needed.”

Read Next: The No-Excuses Turkey Season: How to Make this Spring Hunt Your Best One Yet

Keep in mind that turkey seasons are set with input from biologists, as well as the hunting public. If you have questions about why your season is when it is, there are probably good answers, so reach out to your state game agency.

So, in practical terms, what does this all mean for you out in the woods? How can you tell what stage of the breeding cycle your birds are in? And do you need to change your hunting tactics accordingly? Here’s what some veteran turkey hunters have to say.

“If, when the season opens birds are gobbling hard and coming, they are just right. It varies from year to year, but I would rather hear fewer turkeys that are more responsive later in the season than more turkeys that won’t work early in the season. I think the seasons are about right when you are seeing poults with a week to go in the season. As soon as I’m hearing gobblers and all they want to do is get with each other, I know that area is about done.”

“Personally, I think the states that have later seasons are doing a better job managing their turkey populations. The bulk of the mating in those states has been completed before we begin harvesting gobblers. States that have a very early season could be asking for trouble via the disruption of the mating process. After all, what other game bird endures hunting during their mating season? I’ve spoken in detail about this with turkey guru Dr. Mike Chamberlain, and would not have answered this question like this even two short years ago. He has me thinking completely different about hunting’s effect on nesting success. Hunting pressure could very well be the problem with declining bird numbers in some states.”

“Some years it may be a little early, some years it’s a little late, but overall, it averages out. Everyone thinks that just because it gets warm early in a year, turkeys start gobbling early and are done early. It’s still based, however, on the increasing sunlight hours. And even if they do start early, let them get some breeding out of the way—and then be looking for me calling in the brush.”

How to Hunt Turkeys When…

In the world of turkey hunting, there are many subtle clues to pay attention to and heed in order to be successful no matter how your season might fall in the breeding cycle in any given year. Here’s a quick cheat sheet.

…Your Birds Are Early

What you hear: Incessant gobbling on the roost, both in the evening and in the morning as toms gather hens. They’ll go quiet shortly after.

What you see: Strutting birds in fields with a load of hens. Jakes will often be the first birds in your set up as their juvenile testosterone levels get the best of them, and hens will tend to seek more mature birds.

Tactics to use: The best yelps that you’ve got in your bag of calling tricks. Switch calls often if indignant birds refuse to come into your set. Now’s the time to use a strutting tom decoy with a few hens.

…Your Birds Are Right on Time

What you hear: Good gobbling on the roost both day and evening. Birds are responsive, yet not covered up with hens. Toms might fly down and follow females in the morning but will then return directly to where they heard yelping previously.

What you see: Field strutters are still somewhat prevalent. Jakes are also responsive. Toms may have one or two hens with them, but not in the big groups of just a week or so earlier.

Tactics to use: If ever there were a time to check on previously located gobblers, it’s now. If one still has multiple hens, move on and find one that doesn’t. It’s still a great time to use those strutting tom dekes.

…Your Birds Are Late

What you hear: Silence. Adult birds have all but quit gobbling, and marauding packs of overzealous jakes are nowhere to be †heard.

What you see: Few to no field strutters; lone hens at varying times of day as they take a break from nesting to feed or water; hens with poults.

Tactics to use: As the breeding cycle nears its end, consider breaking out your fall hunting tactics. Try gobbler yelping; practice an abundance of patience; go easy on aggressive decoy tactics; sit field edges on rainy days and travel routes.