Crossbow Hunter Tags 240-Inch Buck, One of the Biggest in Ohio Buckmasters Records 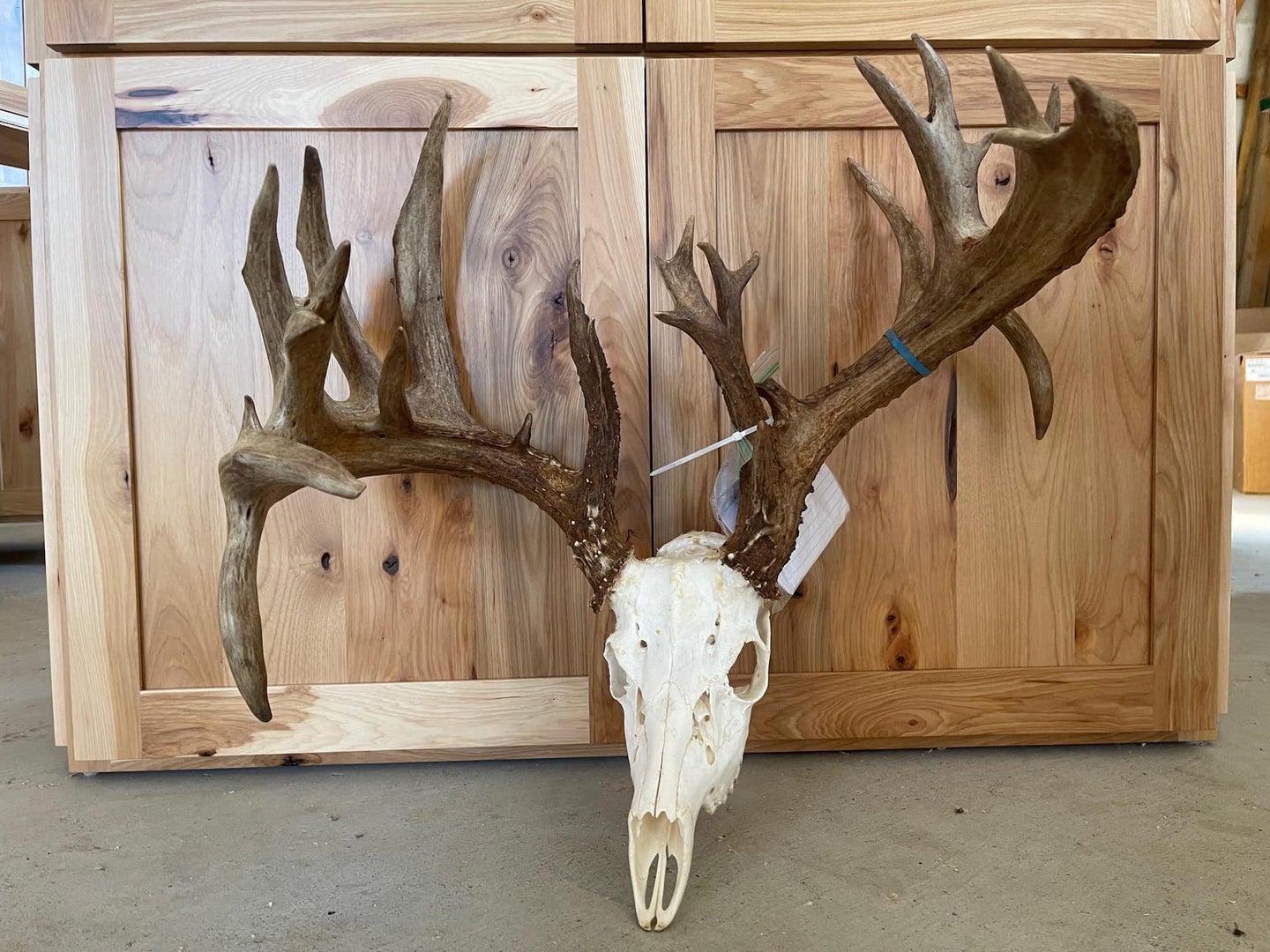 A hunter in Ashland County, Ohio, tagged the trophy of a lifetime last weekend while hunting with his crossbow on private land. After killing the buck on Oct. 8, Abraham Yoder had it scored by Daryl Miller, a certified Buckmasters scorer who lives roughly an hour away from Yoder in Baltic. Miller gave the deer a final score of 239 and 7/8 inches. With a total of 29 scoreable points and some seriously heavy mass, he says it could be the biggest rack he’s ever come across. With that score, it’d be the fourth biggest Ohio buck taken in the Buckmasters records.

Miller grew up hunting and scoring whitetails with his dad, who has been a certified Buckmaster scorer for at least 20 years. He got certified himself this past winter, and says he’s honored to follow in his father’s footsteps.

“I’ve been with [my dad] for almost every deer he’s scored. I sat beside him and watched,” Miller tells Outdoor Life. “And in my dad’s 20 years, I don’t know if he’s ever scored a buck this big. I’m 30 years old now, and this is honestly the biggest one I’ve ever laid hands on.”

Miller works as a lumber salesman and does a lot of business in Ashland County, which has a large Amish population. He says that Abraham Yoder is a longtime client of his, and when he heard it through the grapevine that a hunter with that name had tagged a giant whitetail buck, he knew he had to go see it for himself. Coincidentally, he was already planning a visit to Yoder’s place, so he brought his scoring equipment along and showed up there the following day.

After putting a tape to the rack, Miller got permission to take a few photos and enter it into the Buckmasters Trophy Records Book. The details behind the hunt are slim, and Miller explains that since Yoder is Amish, there’s no way to get ahold of him without visiting in person.

Read Next: Could This Buck Break the Missouri State Record?

Miller explains that under the Buckmasters scoring system, the rack is considered a typical 6×6 frame with lots of abnormal points coming off it. Its 29 scoreable points added up to 239 and 7/8 inches in total. This will be the final score as Buckmasters’ system does not require any sort of drying period. Also, unlike other scoring systems, Buckmasters does not penalize racks for irregular growth or make any deductions. Instead, it measures every inch of antler and classifies the rack accordingly.

“Very unique buck, very heavy mass, and definitely a once-in-a-lifetime buck” Miller says. “I’m always hoping for bigger, but there’s a pretty good chance it’ll be the biggest one I ever score.”