A Wisconsin yard toad gets eaten by a hognose snake 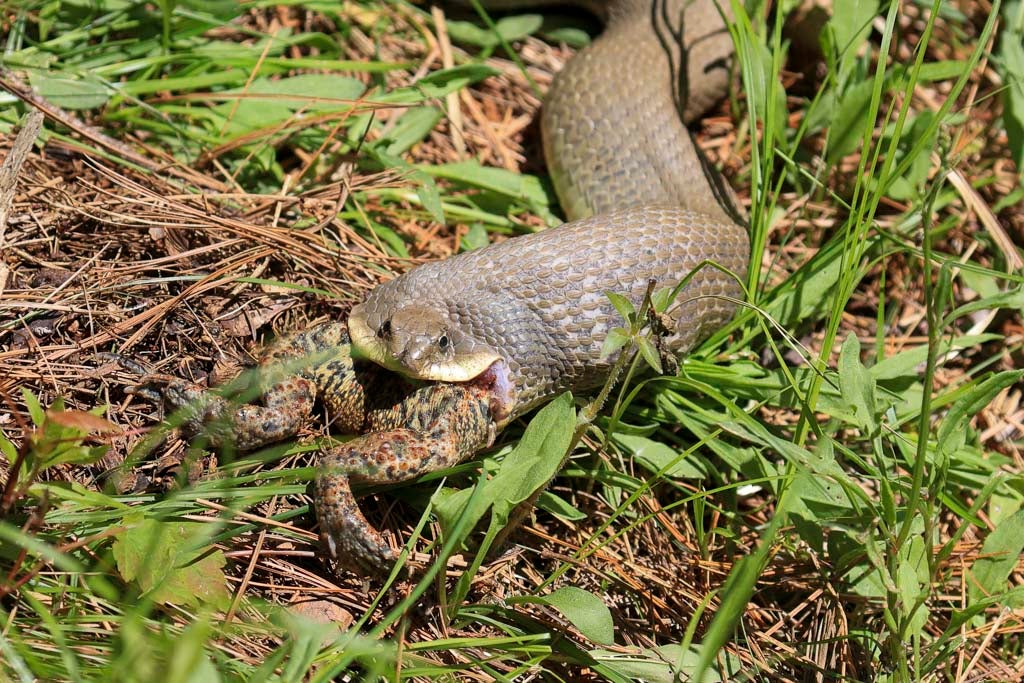 Keith Crowley was outside his home in far northern Wisconsin’s Bayfield County, near Lake Superior when his 3-month-old setter, Ruby, alerted him that something was wrong. Crowley looked down in the grass and saw that an eastern hognose snake was devouring a toad head first.

“We had a large toad hanging around our place for a while and Ruby had seen it several times previously,” says Crowley. “But this was the first time she’d seen a snake, and it had a grip on that big toad.”

Crowley, who is a writer, author, and photographer, quickly went for his camera. By the time he returned to scene, the toad was half-consumed by the hognose snake.

Read Next: The Most Dangerous, Venomous Snakes in the U.S.

“It only took the snake another two or three minutes to finish the job,” Crowley says. “Then it just slithered off—fast considering the size of the toad meal.”

Eastern hognose snakes can be found as far south as Florida, north to New England and as far west as the Great Lakes region. They are thick-bodied and can grow to more than 3 feet long. You can easily distinguish these snakes by their up-turned noses, but their colors do vary (yellow, gray, brown, green, and black). When threatened, hognose snakes will puff up and flatten their heads out like a cobra and strike though they rarely bite. They are also known to play dead as a defense mechanism, rolling over to their backs and opening their mouths. Toads and frogs are a common food source for these reptiles.