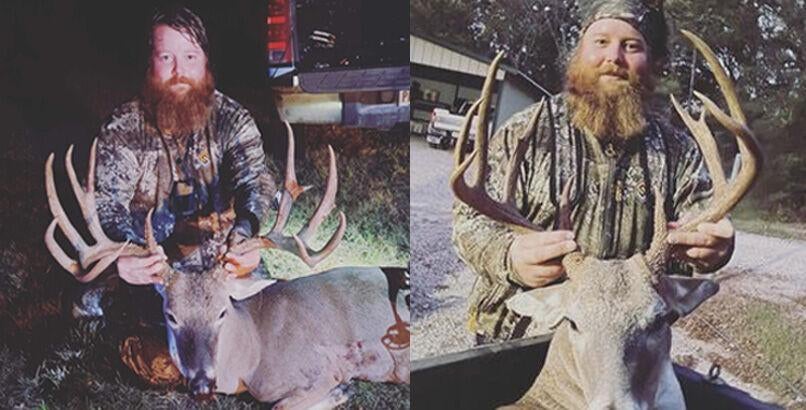 Weston Turner has only hunted deer for two years, and he didn’t start shooting a bow until this spring. But while hunting on his family’s private ground southwest of Fort Worth, Texas, this month, he tagged two impressive bucks in just 48 hours.

Turner was bowhunting land his grandfather and uncle have managed for whitetails. While he saw deer on the opening day of archery season and the following morning, it wasn’t until he settled into a stand on Oct. 3, the second afternoon of the season that luck began to change for him, according to the Hood County News.

A cold front was moving into Texas and the deer were moving when Turner got into his blind, and it wasn’t long before three young bucks came into bow range. Turner drew, tempted to take his first deer with a bow. But he let down, deciding to pass and wait for a chance at an older buck that he knew was in the area thanks to trail camera photos.

“Drawing on the younger bucks helped me calm down a lot,” Turner told HCN. “I was all good and well until I saw those antlers popping out of the woods.”

Soon the small bucks spooked, and the deer Turner had been thinking about appeared. Turner drew again, and let the buck walk to within 15 yards before releasing. The arrow slipped perfectly behind the shoulder of his first archery buck.

“I told myself I was not going to take a shot longer than 30 yards because I had been practicing up to that range,” he said. “I wanted to be able to take a deer with no mistakes humanely.”

Turner easily recovered the buck, which has at least 13 scoreable points and has a green score close to 150 inches.

On Oct. 5, in another stand just to the north in Parker County, Turner arrowed another great buck that might also make the P&Y records. Both bucks will be officially scored by a P&Y scorer after the required antler drying period of 60 days.