Whitetail Doe With Fawn Chases Down Woman, Sends Her to Hospital

“It just had those eyes and it just charged up” 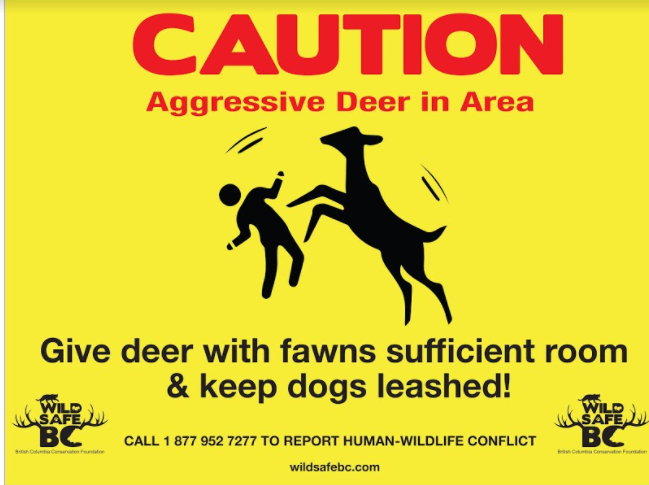 Never underestimate wildlife, especially when they have young to defend. That’s the lesson learned by a woman from British who was out for a run with her blue-heeler mix-breed dog “Patchy,” according to the Canadian Broadcast Corp.

Liz Royer, 58, was running early June 16 with her dog when she believes she startled a large doe that had a small fawn bedded nearby.

“I heard some rustling in the bush and I thought, ‘Oh darn! It was bears again,’ because sometimes I’ve seen them there before,” she said. “I thought, ‘Well, we better turn around,’ and before I know it, there’s a deer standing right on the paved road.

“It just had those eyes and it just charged up.”

Royer backed away and started running until she fell on a creek bank, where the charging doe caught her and began flailing with its hooves.

“I started kicking and I started punching her back and screaming,” she said.

Her dog began barking at the deer, and the doe turned to chase the dog. Royer believes she’d have been injured more had the dog not distracted the deer.

Royer went to the hospital with a pair of large gashes to her legs, a bullet-like wound on her ankle, and body bruises everywhere.

The dog wasn’t injured. Signs have been posted in the area warning people about doe deer with fawns. Royer says that in the future she’ll run the area with a friend, or run at a gym.