Is This Trout the First Fish Caught Through Ice This Season? 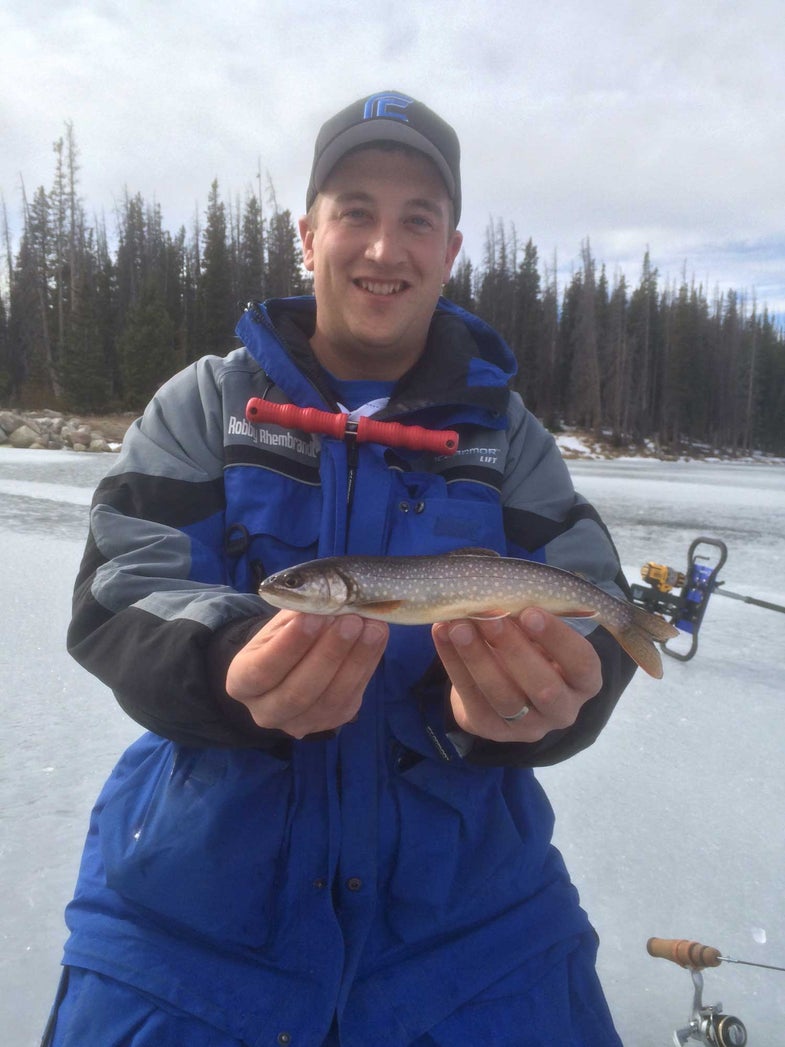 It’s human nature; we all want to be first. Recently, Robby Rhembrandt of Scott’s Bluff, Nebraska laid claim to what’s likely the first legitimate hard-water fish of the season in the Lower 48 when he and a buddy hiked about a mile and a half into the Rockies and pulled 20 brook trout through 5 inches of ice.

As Rhembrant notes, the October 24 catch was definitely a statistical oddity.

The key, Rhembrandt said, was elevation. He and his pal hiked to about 11,000 feet, where they found 28-degree air temperature and a 25-acre mountain lake sporting a solid cover. The trout, all between 8 and 12 inches, bit Clam Epoxy Drop jigs with red Maki Plastics Polli bodies.

“I had been working on this for about three years; tracking temperatures and wind chill, looking at day weather forecasts for the mountain range and figuring out when we could go,” Rhembrandt said. “I went up the week before and found good ice and knew that it was fishable, but I didn’t do much because I was by myself.

“To stay safe, I waited to get my buddy to go with me and make sure everything was good.”

Essential for this kind of trip is an auger. Rhembrandt used a Clam Conversion Kit, which uses a cordless drill to power an ice auger. Significantly lighter than a gas-powered auger, this setup lightened the load and made the hike less burdensome.

A cool experience, for sure—but Rhembrandt said this was more than a bragging rights mission.

“The motivation for me was to be able to safely do the research and groundwork to figure out where we could go and how we could make this happen,” he said. “It was a sportsman’s accomplishment.

“Also, it was about showing people that if you put in the time and effort in the outdoors, you can be successful. Fishing isn’t always about pulling up, pulling out your sled and catching fish. There’s a lot of work that goes into it. We were lucky enough to finish it with a day of catching fish.”