Tennessee is new home of the biggest hunter-killed whitetail 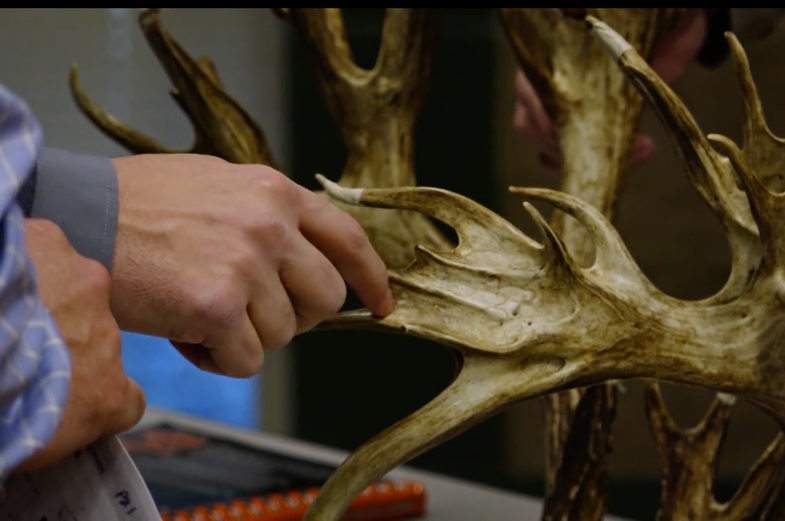 And so it’s official.

Tennessee is now home to the biggest non-typical whitetail ever killed by a hunter. Stephen Tucker tagged the new world record in Tennessee’s Sumner County last November while hunting with a muzzleloader. The story behind the buck is pretty cool. It is, in fact, the type of story that makes me smile. This wasn’t a big-name hunter taking advantage of ultra-managed ground. And it wasn’t taken by a guy who is looking to cash in on the success.

My buddy and Field and Stream Hunting Editor Will Brantley was one of the first to talk to Tucker about the deer and the story behind it. At the time, no one knew for certain whether the deer would eclipse the previous world record but it was an amazing buck regardless.

After the mandatory drying period followed by an official scoring, the deer tallied 312 0/8, surpassing the previous record of 307 5/8. That buck was taken in Monroe County, Iowa.

I can’t say I was totally surprised when I heard the news that a potential non-typical record had been shot, but I was floored to learn it had been taken in Tennessee. Which is, perhaps, one of the best parts of the story. Tucker’s buck came from a place not known for producing top-end whitetails.

Stories about giant deer are always interesting. But when the buck is taken by a “regular” guy on “average” ground in an unexpected place. . . well, it just doesn’t get much better.

Tucker’s buck has drawn plenty of attention and I’m sure he’s learned plenty along the way about what happens when you kill a potential world record – both the good and the bad.

There was the standard “it was shot on a game farm” blather and, more recently, an attempt to “set the record straight” and clarify that the buck was incorrectly being labeled as a new world record because two other non-typicals have been recorded by Boone and Crockett that have higher scores. And that’s true. The difference? Both of those bucks were found dead, they weren’t taken by hunters.

To that, I say this: Whatever.

Sure, circulating rumors or pointing out technicalities is a way to find a new angle and maybe earn a few clicks or pats on the back. But it also stands to illustrate some of what Tucker has had to endure. Killing a truly big deer in this age of digital media, where everyone with a keyboard can be an “authority”, brings with it a new level of scrutiny and criticism.

I can only speak for myself here but I suspect there are a fair number of deer hunters out there who would agree: When I think of a world record whitetail, I’m not thinking about one that was found dead in a ditch decades ago.

When I think about the world record typical, I’m thinking Milo Hanson.

When I thought about the biggest non-typical of all time, I was thinking about Tony Lovstuen’s Iowa giant.

But when I think about world record non-typicals from now on, I’ll be thinking about that giant from Tennessee. The one Stephen Tucker killed last November. The biggest non-typical taken by a hunter. Officially.