The Middle Fork Flathead: The Source of Wild and Scenic River Act

One of the Most Important Conservation Stories Begins Here 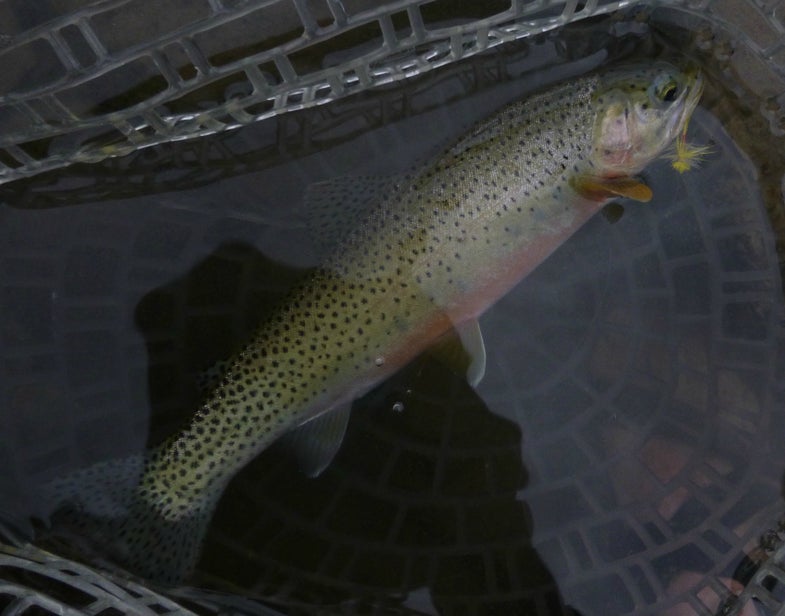 The Wild and Scenic River Act has helped to protect thousands of miles of prime trout waters. Ben Long
SHARE

It was the only time I’ve ever caught a fish by accident, with my teeth.

I was knee deep in the Middle Fork of the Flathead River in Montana’s Bob Marshall Wilderness Complex. This river is the Grandmother of America’s Wild and Scenic River System, and was living up to its reputation. My two companions and I hired a local pilot to ferry us and our gear in to a wilderness airstrip in his Cessna. From there, we rafted 30 miles in three days to US Highway 2.

The evening rise of cutthroat trout was popping all around. The forested slopes and peaks were aglow in the sunset. To take my camera out of my pocket, I held my rod sideways in my mouth, like a pirate biting a cutlass.

Suddenly, I felt a jolt through the roots of my teeth. The line with a golden stonefly pattern had been drifting downstream and a trout hit it hard. I jerked my chin to set the hook, spit out the rod, and landed the pan-sized westslope cutthroat.

This is truly wild, native fishery. The ancestors of these trout pioneered these waters as the glaciers melted 10,000 years ago. They have been hungry all the while. I caught and released 24 cutties in less than 90 minutes. In 2017, I’ve been fortunate to visit three rivers protected under the Wild & Scenic Rivers Act: I canoed with alligators on the Loxahatchee in Florida and waded for brown trout an hour in New Jersey’s Musconetcong, an hour from the skyscrapers of Manhattan.

The Wild & Scenic Rivers Act passed in 1968. Today, the law protects more than 12,000 miles of 208 rivers in 40 states. It started along the banks of the Middle Fork Flathead. On the third day of our float, the river squeezed through a narrow, 50-foot slot between vertical slabs of billion-year-old bedrock, crashing over a series of seething, Class IV drops called the Spruce Park Rapids.

Back in the 1950s, the US Army Corps of Engineers wanted to dam Spruce Park and flood the entire upper Middle Fork. Two famous outdoorsmen/biologists, Frank and John Craighead, recognized the values of this wild, pristine river. They decided Americans needed a conservation law powerful enough to counterbalance the Corps of Engineers. Their brainchild was the Wild & Scenic Rivers Act.

We all use electricity and hydropower has many advantages. At the same time, a free-flowing river is a precious resource. Once we encase it in concrete, it’s very difficult to restore. I emerged from the wilderness with a keen, renewed appreciation for America’s wealth of rivers and the lovely fish that inhabit them.