New York has, at last, proposed a regulation that would extend deer and bear hunting hours to the national standard: 30 minutes before sunrise and 30 minutes after sunset 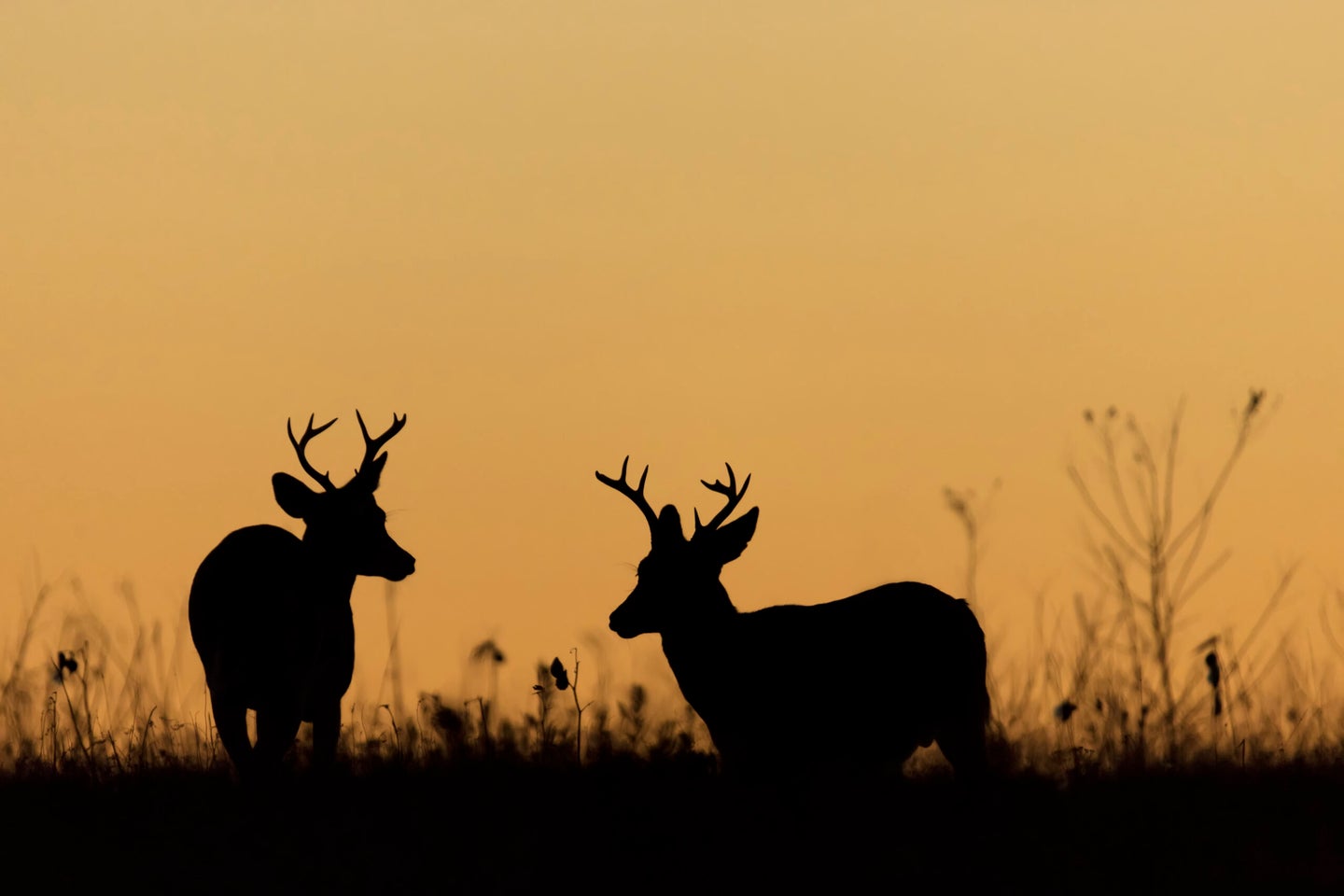 As soon as the sun drops below the horizon, legal hunting hours in New York end, despite half an hour of remaining light. NPS
SHARE

There was an unspoken rule in my house when I was growing up, and it went something like this: The rules my parents made existed for a reason. I didn’t have to like them, but I was at least entitled to understand why the rule existed.

When my dad slammed the kitchen faucet as a kid, my grandpa would yell at him to knock it off. When I slammed the faucet as a kid, my dad yelled at me to knock it off because I might break it. He was never big on saying, “because I said so,” or “because that’s the way it is.” Those responses didn’t teach anybody anything, he explained. And people who don’t understand the reasons for rules are less likely to follow them.

That’s how I think about New York’s current deer and bear hunting regulation that restricts shooting hours from sunrise to sunset. I lived and hunted in New York for six years, and not once did I meet another hunter who could explain why this reg was on the books. Many deer hunters in New York don’t abide by this regulation because it simply doesn’t make any sense. The regulation deprives law-abiding hunters of taking legal, ethical shots during the times when deer—crepuscular animals—are most active.

Which is perhaps why the New York Department of Environmental Conservation proposed a regulation change to expand big-game hunting hours. New York has the most restrictive deer hunting hours in the U.S., according to the state’s own 2021 whitetail management plan. Every other state allows hunters to take deer beginning 30 minutes before sunrise or earlier, or their regs simply specify daylight hours. And 46 of 50 states allow deer hunting until some period after sunset, which is most often 30 minutes.

“Personally, it’s been a frustration,” says Matt Ross, the director of conservation for the National Deer Association and a lifelong New York hunter. “I’m a legal hunter, so I abide by that law. Deer are creatures that are most active around dawn and dusk, so a lot of times shot opportunities are happening in those last 30 minutes to an hour, and at the beginning and end of the hunting day there are always shot opportunities you can’t take.”

Ross sets a timer on his wristwatch to demarcate legal shooting hours and has passed plenty of deer over the years because of it. Last season, when a nice 3.5-year-old buck stepped within well-lit bow range outside shooting hours, it was particularly painful to pass on an otherwise ethical shot. While Ross is a stickler for the rule, he knows that plenty of New York hunters aren’t.

“There are gunshots occurring in those 30 minutes in the beginning of the day and 30 minutes at the end of the day, literally every day of the deer season,” says Ross. “And I’m sure they’re not poaching deer. They’re people that have been sitting there patiently waiting for a deer to show up [who are otherwise legal hunters].”

The current regulation, critics argue, does just that: turn otherwise legal, law-abiding hunters into game law violators. The law is also unnecessarily restrictive on hunters who have precious little time to hunt, like folks squeezing in a sit before work or kids hustling to their stands after school. Hindering hunters during the two most productive times of daylight deer activity can drag out the season for already over-scheduled folks, and potentially prevent the most casual deer hunters—the ones who hunt just a few days each year—from any legal harvest opportunities at all.

The New York DEC did not respond to a request for comment, but sources say the agency has been wanting to update this regulation for years. It remains unclear why or how the regulation came about, just that it’s been on the books for decades. The impetus for finally proposing the change, Ross says, came during discussions with the DEC when the state agency was considering adding extra days to deer season around the holidays to allow college students and other hunters to participate.

“We said, ‘Hey what about an alternative of extending the hunting hours?” Ross says, referring to the NDA’s position on the issue. “If you look at adding 30 minutes in the morning and 30 minutes in the afternoon, we’ve brought this up to you in the past, the total number of hours over the entire season, it was something like 80 hours.”

Neil Dougherty, the president of NorthCountry Whitetails consulting services and another New York deer and bear hunter who follows the current regulations, is pleased to see the DEC attempting to update the regulation.

“In fairness to New York and DEC, I think they’ve done a great job in the last five years,” says Dougherty. “I think they’re really looking at some of the game laws, saying, ‘Hey this doesn’t make sense, maybe we can change it.’ They are making changes in a positive way…I’m really hopeful that they’ll correct this regulation and catch up with the times. People aren’t really pushing the woods, they’re mostly stationary hunters.”

Predictably, there are the usual opponents to these reg changes. Non-hunters and some hunters say it’s unsafe to shoot before and after sunrise, arguments you can find in the comments of a DEC Facebook post from June that announced the proposed change. Other regulation updates include mandating the use of blaze orange during firearms season, which is currently optional.

“We haven’t done ourselves any good as hunters with a few missteps in the past,” says Dougherty, citing a rare hunting accident in Rochester, New York, in 2017, where a hunter violating the sunset rule shot a woman walking her dogs when he mistook her for a deer. While tragedies like this one do happen, hunting accidents are rare compared to most other recreational activities, as confirmed by the most recent firearms accident report by the NSSF.

Some detractors have also argued that expanding daily shooting hours will interfere with other outdoor recreation. But smart big game hunters are already in the woods during those hours anyway. Ross still gets into his treestand well before daylight during morning sits and he stays put after dark falls. Not only would arriving or departing during those twilight hours blow deer out, but he also turns it into a scouting opportunity.

“I watch those 30 minutes go by,” Ross says. “I typically will not get out of the stand even though shooting time legally ends because I want to see if deer are moving. That will give me a chance to reposition. I’ll take my arrow off my bow or remove my bullet from the gun so I’m not legally hunting, but I sit there because if I do see deer, I can say, ‘They’re coming from over there, I’m going to set up over there next time.” But it’d be nice if I could sit there and just shoot the deer [that night].”

Besides the fact that hunters in every other state legally and safely kill deer before sunrise, New York currently allows hunters to take many other species, like turkey and migratory birds, 30 minutes before sunlight. Furbearers like coyotes may be shot at any hour, day or night, as can non-game species. These reasonable shooting hours further weaken arguments that hunting during twilight hours is patently unsafe.

Read Next: Why Do States Have Such Different (and Obscure) Hunting Regulations? It’s Partly Because We Can’t Agree on What’s Ethical

Besides, hunters everywhere must make decisions about shots that are perfectly legal, such as passing on a skylined mule deer or waiting for a whitetail to step out from behind brush. Hunters in the other 49 states are already adept at safely, positively identifying big game during twilight hours. That also includes deciding against shots when it’s too dark, even if it’s still within the bounds of legal light. I’m confident New York hunters are responsible enough to make those same decisions.

If you hunt in New York and want to quickly tell the DEC you support these proposals, you can do so here. The comment period closes August 8.