Our readers show off more Deer of the Year entries. 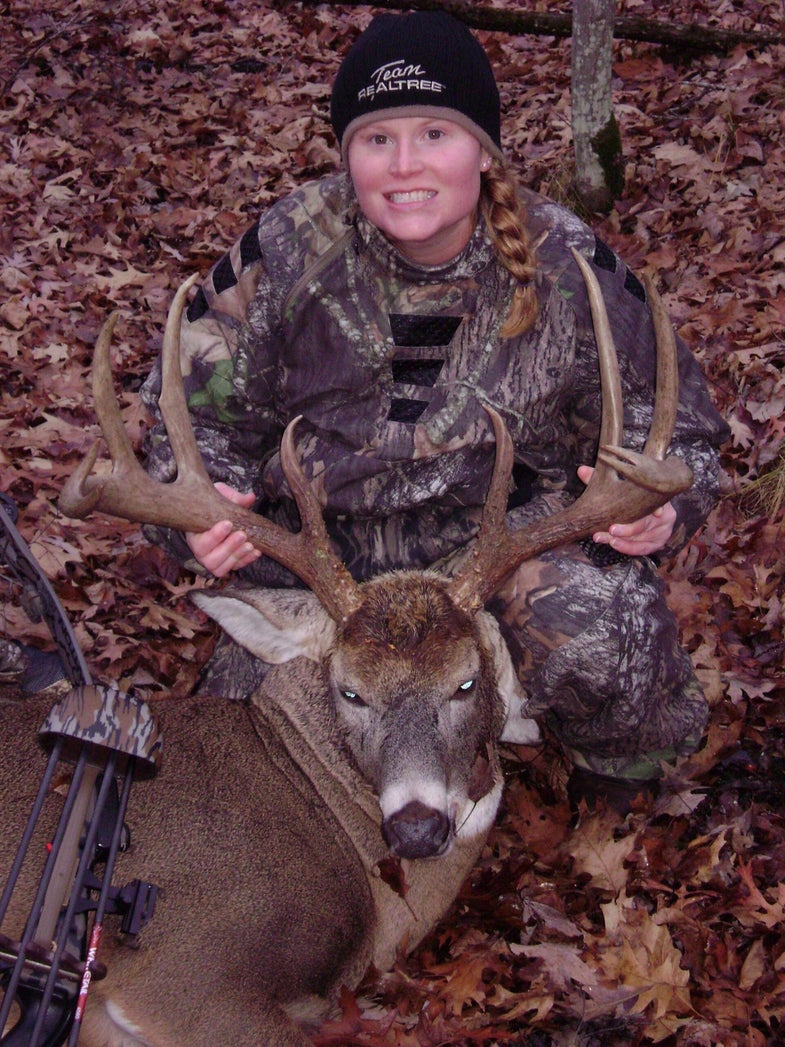 What I didn't realize two years ago when I met Heather Dean was the hunter she'd become. I knew she rifle hunted but that was it. After we dated awhile and took a few fishing trips together she became hooked on fishing. On her very second cast she hooked a 30-inch northern pike. It was no surprise after going on a few bowhunts, she wanted to try bowhunting. We practiced in the yard on a 3-D target and she went with me on the hunts; watched and learned, but didn't hunt until she felt she mastered the skills. On her 10th trip to the woods for this first year bowhunter, something special happened. It was a Friday we both had a half-day vacation and she wanted to hunt. We went and sat in a stand where I harvested an eight-pointer 3 weeks prior. I sat on the ground with a grunt tube, 40 yards away from Heather's position in a ladder stand. After a series of grunts I noticed Heather getting up and look over her shoulder; she turned back and gave the sign for a deer. She turned back to watch and the next thing I knew her eyes were as wide as dinner plates. "Big Buck" she motioned with her hands and grabbed her bow. I saw him at 60 yards and he was tending a scrape. I grunted at him, but got no response. I figured I'd try the bleat and if he bolted at least we tried. Right away he came in halfway and stopped offering only a full frontal shot. Heather waited for the broadside. I grunted some more and he came in really aggressively thrashing trees and grunting. He stopped about 40 feet from me and offered Heather the broadside shot she wanted. She took it! He was only 10 yards from Heather when she shot. We got on him right away after we heard the crash. We had no idea we would have a buck that would be 160-class, typical, according to a local taxidermist. After the required 60 day drying period, he'll be officially scored. Two weeks ago I married my best friend, and a hunting partner. We had a wedding slideshow and a lot of people pointed out that Heather catches bigger fish and harvests bigger deer. I had no idea this would happen. What a great start to a marriage! I promised Heather a new Mathews bow after she harvested her first bow kill. I don't know that she really needs it now. I think that 12-year-old, hand me down Darton did just fine. That's what I'll tell her every time we look at it on the wall.--Jeff Woodward.
SHARE 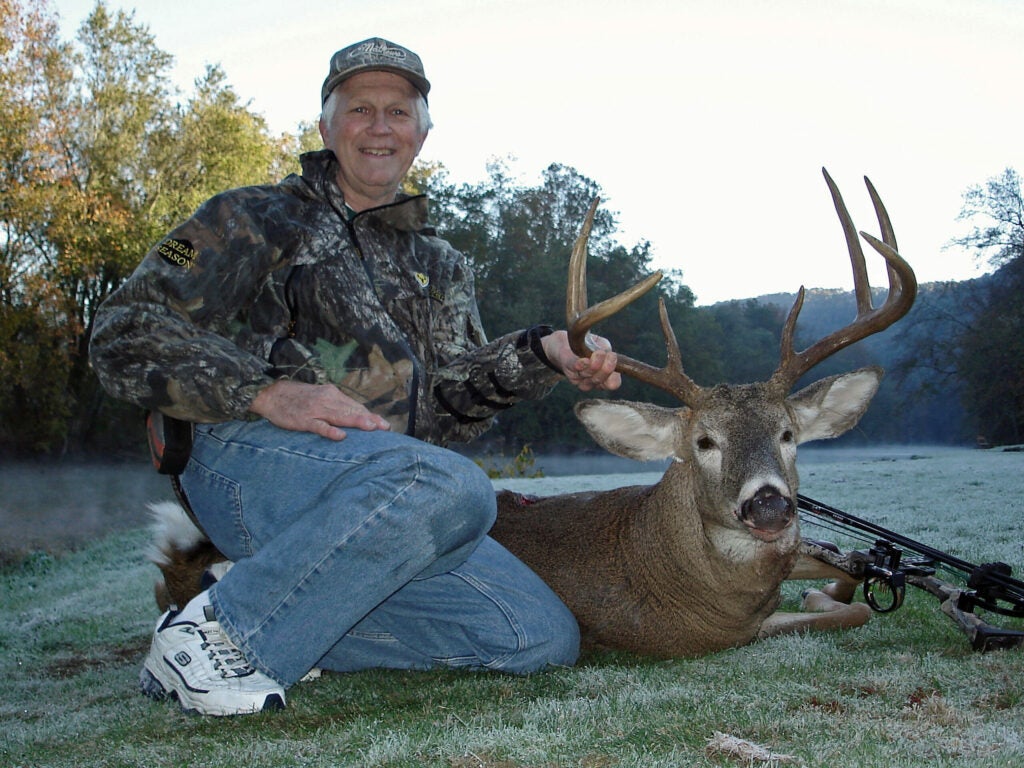 This deer was harvested in Ohio on Oct. 18. It was taken with a Mathews Switchback XT bow at 16 yards using 75 grain Wasp broadhead . The buck had an 8point rack and measured 135 P&Y. This is my best buck to date using a bow.. Not to shabby for a senior citizen.–Ted Schreiber 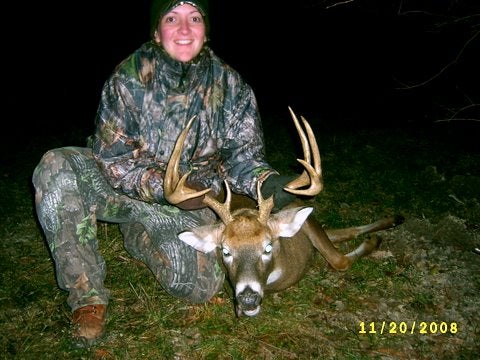 November 20 was a very cold fall day. I decided that I was going to sit out behind my house in my grandfather’s spot where he normally turkey hunts and watch for deer. I sat and down not expecting to see anything but does. Five minutes later a small spikehorn came out and wandered around in front of me. He ended up smelling me and trotted back up into the woods. After about 10 minutes, I could hear a deer walking in the woods. I thought it was the spikehorn coming back until I really listened to the footsteps. I knew then that this was a good-size deer heading right for me. The only problem was I could not see it anywhere. I could only hear the footsteps getting closer and closer. My heart started to beat a little faster the closer it was getting. About 20 yards in front of me was a large bush that the deer was walking behind. I could not see him until he was directly behind it. He turned to move around the bush I could see that this deer had a massive rack. It was time now for the safety to come off. I had to be patient now, and wait for him to move into clear shooting range. When he moved the two steps in the right direction, wrong direction for him, I shot. He fell right there in his tracks. I could not believe it. Not even 20 yards away from me was the biggest deer I have ever seen or shot. I called my father right away to come and help me because I am six-months pregnant. He didn’t really believe me on the phone how big this deer was. He couldn’t believe the size until he saw it himself. The best part is my father shot his biggest deer ever on November 21, 1968. He still holds the county record, 40 years later. I shot this deer with my new Browning X-bolt .308 cal. with a Nikon 3X9 BDC Riflescope. If any other ladies are looking for a nice light weight and short rifle I highly recommend this Browning.–Abbey Wade SEE MORE DEER OF THE YEAR ENTRIES HERE: DOY ENTRIES part 1 DOY ENTRIES part 2

Our readers show off more Deer of the Year entries.