When buck meets barbwire, the results run from merely goofy to downright tragic. 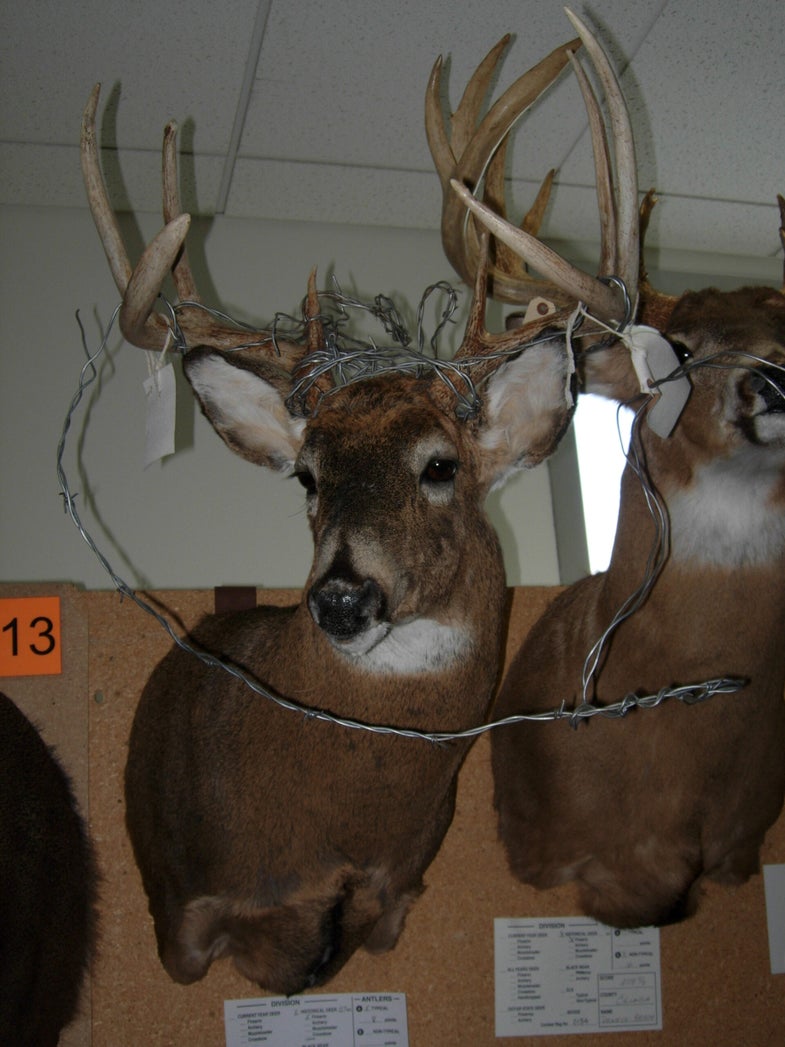 Earlier this spring I presented seminars at the Wisconsin Deer andTurkey Expo in Madison (www.deerinfo.com). It's a sport show and big buck-contest combined. Does it get any better than that? During breaks I perused the extensive display of whitetail bucks, most shot during the 2008 season. The monster bucks of Wisconsin caught my eye, but just as eye-catching were several of the bucks on display trimmed in barbwire like Christmas trees dressed in garland. The barbwire bucks reminded me of the first rack I ever saw adorned in wire. It was shown to me by fellow outdoor writer and outfitter Judd Cooney (www.juddcooney.com) more than two decades ago. In fact, the buck was Cooney's first ever. He stalked up on the buck, fighting with another, and didn't realize the duo was actually entangled in wire after fighting between a wire fence. After downing the bigger of the two, Cooney chopped off one side of the other buck's rack to release it. Today he has a great trophy that includes a heavy, palmated rack complete with the bonus of a permanently wired on four-point antler.
SHARE

When buck meets barbwire, the results run from merely goofy to downright tragic.