Besides the action pursued by year-round predator hunters, one of this country’s largest and most widespread predators, black bears, are... 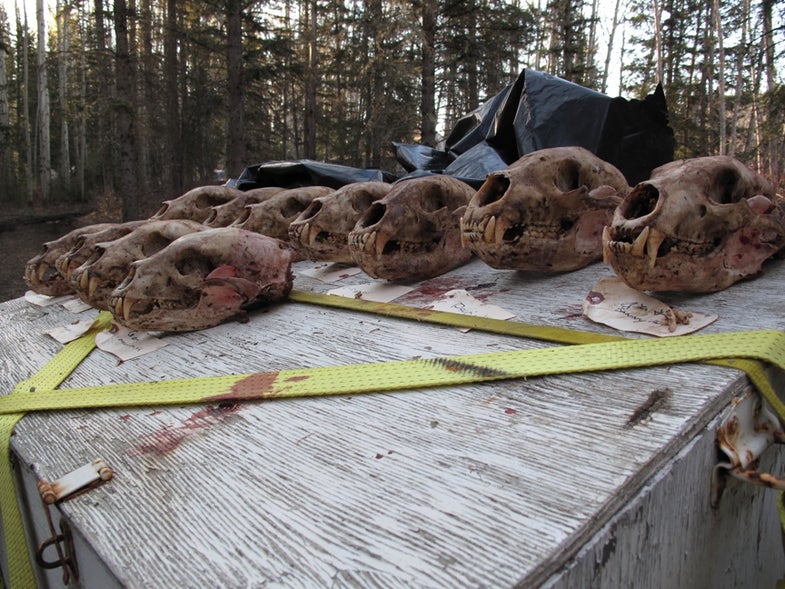 Boiled and cleaned so the hunters can take them home are the skulls from the week's take. With eight hunters in camp with two tags a piece, we wound up taking 15 bears in seven total days.
SHARE

Besides the action pursued by year-round predator hunters, one of this country’s largest and most widespread predators, black bears, are also in season in many Western states and Canadian provinces.

Just last month in May, I had the privilege to join renowned shotgun writer Dave Henderson and industry representative CJ Davis on a rare trek to the northern limits of the province for black bears. We were hunting with outfitter Pat McLean and his Alberta Bear Busters operation (albertabearbusters.com). We would be field testing Winchester’s new Supreme Elite Dual Bond (winchester.com) sabot slugs, as well as a variety of Nikon (nikonhunting.com) optics, on what we hoped would be some big–and numerous–black bears. Alberta is one of the few places with such a ridiculously high black bear population that hunters are permitted not one, but two, bears per season. Even better, the region is so remote, most bears have never even seen people before so they are normally not as spooky as bears in other parts of North America.

I had passed up on a springtime opportunity for a black bear while hunting Wyoming some years back. Even though I had one large bruin in the sites of my bow at the time, the hide had been so rubbed up already (from the bear scratching on trees), that I passed on the shot since I really wanted to preserve my trophy as a rug. I never got another shot during that hunt.

Coming to Alberta, I was hoping to get a chance at redemption…