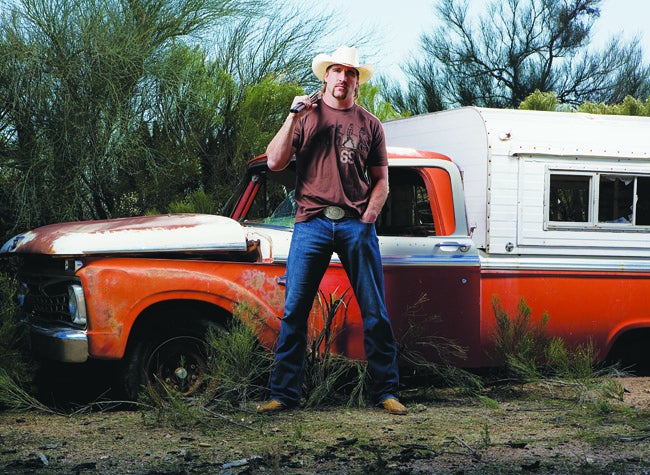 NFL star Jared Allen has two main passions--football and the outdoors. The 270-pound defensive end for the Minnesota Vikings is a two-time Pro-Bowler and quarterback-sacking specialist--and is preparing for an NFC title game showdown with Drew Brees. But when he's not getting business done on the football field, he enjoys traveling the world on exotic hunts. Here's a very special Outdoor Life interview. OL: Which game animal is your favorite to hunt? Allen: Whitetails are awesome, but if I just feel like having fun and shooting off some rounds, it's hard to beat pheasant hunting. I've really been getting into predator hunting lately, too. OL: And you've hunted wild boar with nothing but a knife? Allen: Yes--it was amazing. It was up close and personal, and so primitive. Dogs got the boar to stop, then my guide and I flipped it over and I cut it armpit to armpit. My heart was in my throat the whole time. OL: Any other particularly memorable hunts? Allen: Recently, I was wolf hunting in Ontario, Canada. It was freezing and I was hiding in a snowbank, waiting for a wolf to come out of the timber. I sat there for six hours but never saw one. It was heartbreaking, and exciting at the same time. I even got frostbite on my toes. OL: Any firearm of choice? Allen: If I have to choose a gun, I would say my Browning .270 WSM. But I should mention that I just started bowhunting a year ago, and I really love my BowTech bow.
SHARE