What do you do when your bow gets stolen right before the rut? Buy a new one and shoot the... 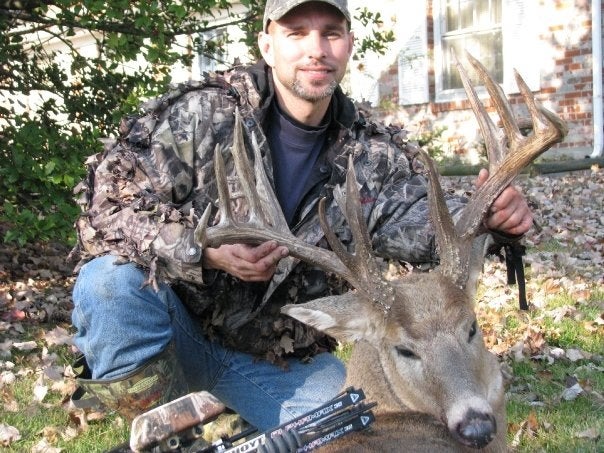 Like most of us, Thompson lives to be in the woods chasing whitetails, but his job severely limits the time he can spend in the stand. For the past three years, he hunted extremely hard for a trophy to hang on the wall. It takes a lot of discipline and patience to go that long without punching a buck tag and Thompson began to wonder if his three-year drought would ever end. Finally, he was able to shoot a really nice buck, but unfortunately the blood trail went cold and the deer was never recovered. Weeks later Thompson was invited by a good friend to bowhunt a farm in Kentucky, which helped lift his spirits after losing such a nice buck. He carefully planned the trip and began checking off the key gear he would need to pack for his hunt. Thompson was definitely overdue for a break and some good luck, but things took a turn for the worse when his brand new Hoyt Alpha Max bow was stolen just before his departure.
SHARE

What do you do when your bow gets stolen right before the rut? Buy a new one and shoot the best buck of your life!