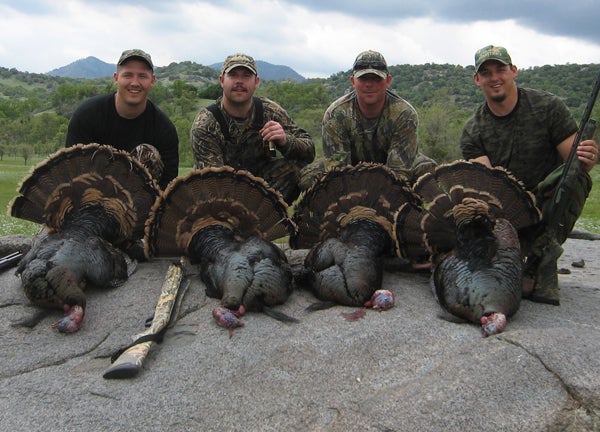 Nevada: Turkey populations are fair in Nevada. In general, populations are distributed in low densities throughout the state. However, there are some populations doing quite well where habitat is suitable. Best bets are Lincoln and Lyon Counties, and the Mason Valley WMA. There is plenty of BLM land in Nevada, especially in Lincoln County. Last spring, 654 turkey tags were issued and 89 turkeys were harvested with only 8 jakes. North Dakota: North Dakota experienced poor production in the Badlands area, one of the turkey strongholds in the state. This resulted in a decrease in the number of spring tags available to residents. On a positive note, for those hens that were successful, abundant spring moisture also created ideal brood-rearing habitat in many areas of the region, providing abundant escape cover in the form of grasses and insect-rich areas with abundant forbs for bugging.
SHARE