These four hard-core turkey fanatics are not household names–yet. 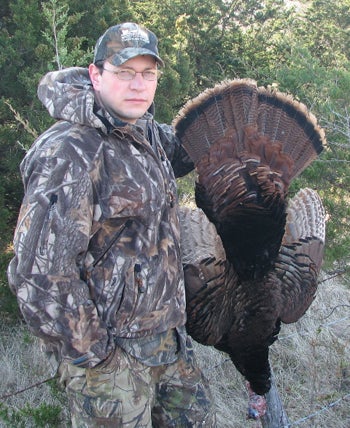 Matt Van Cise Age: 31 Residence: Brookville, PA Occupation: Forester/ Woodhaven Sting Team (First Place, 2008 Grand National Friction Calling Championship; Two-Time Grand National Champion) Experience: 18 years Trump Call: Woodhaven Matt Van Cise diaphragm Greatest Hunt Ever: Northeastern Missouri Subspecies: Eastern Specs: 24 pounds/10-inch beard/1.25-inch spurs Turkey Tale: "My cameraman and I got on this late-morning bird. He was gobbling on his own when we set up, but stopped every time we called. We backed out until the next day. We put ourselves right where we first heard him. I switched calls, and 20 minutes after daylight, he popped out in the field and strutted about 600 yards right to us.".
SHARE 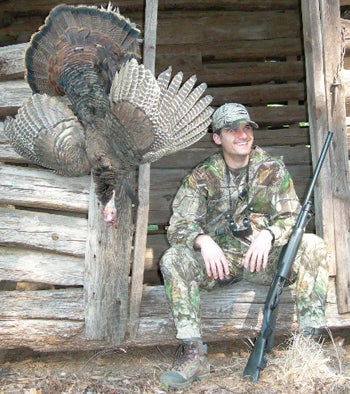 Jake Fagan Age: 27 Residence: Columbus, GA Occupation: Web content director, Realtree Experience: 10 years Trump Call: Diaphragm Greatest Hunt Ever: South Carolina Subspecies: Eastern Specs: 20 pounds/10.5-inch beard/1.25-inch spurs Turkey Tale: “I’m not usually a fan of hunting afternoon turkeys, but this bird had put it to me for three days, so he needed to die. He always crossed a particular field before heading to roost, so my plan was to sit and wait on him. About an hour after setting up, I caught sight of him 100 yards away. I purred softly, making sure he was comfortable. That’s the only call I made. Then I toted him out of the woods.” 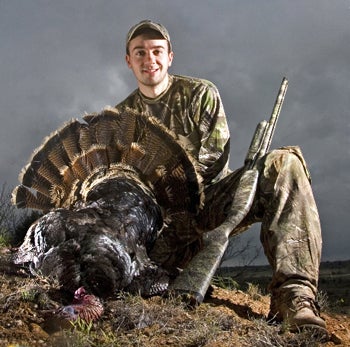 John Hafner Age: 33 Residence: Stansbury Park, UT Occupation: Freelance photographer (johnhafnerphoto.com) Experience: 18 years Trump Call: Quaker Boy “Old Boss Hen” diaphragm Greatest Hunt Ever: Sundance, WY Subspecies: Merriam’s Specs: 18 pounds/9-inch beard/1-inch spurs Turkey Tale: “My guide and I set up on a very vocal Merriam’s around 11 a.m. The bird was across a big meadow, with a knoll between us that obscured him from view. He returned our box call yelps and cutts with courtesy gobbles, yet refused to budge. We went silent and played hard to get. Then I tossed the bird a few quiet purrs. The soft notes proved more than he could take; he high-stepped his way across the meadow and on to the cover of several magazines.” 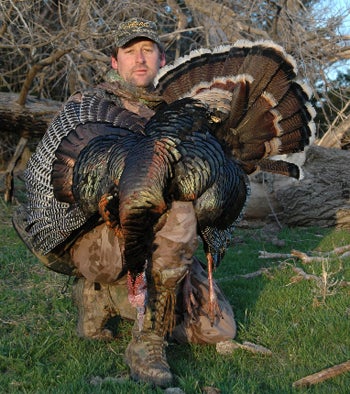 David Draper Age: 37 Residence: Gurley, NE Occupation: Communications specialist, Cabela’s Experience: 10 years Trump Call: Slates. “I love the slate’s versatility, especially when I’m calling for someone else.” Greatest Hunt Ever: Fort Robinson, NE Subspecies: Merriam’s Specs: Unavailable Turkey Tale: “I called in my nephew’s first turkey at midday using my favorite slate call. Started the bird on the far canyon with locator yelps and brought him the last few yards with barely audible purrs. Midday, I believe, is the best time to hunt during the peak of the season, when gobblers are henned up. I’ve killed twice the number of birds between ten and two as I have hunting them off the roost.”

These four hard-core turkey fanatics are not household names–yet.