When the neighbors of Mike Wallewein, a famer outside of Sunburst, Montana, went on vacation around Thanksgiving of last year,... 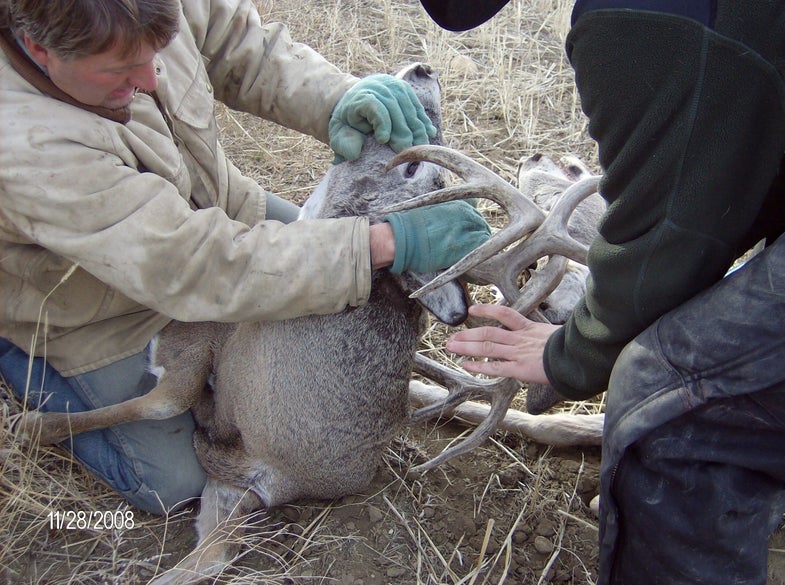 After a few tense minutes, Mike Wallewein was able to work the bucks' antlers apart and set each of them free to live another day. To see video of the rescue, click here. Jamie Wallewein
SHARE

When the neighbors of Mike Wallewein, a famer outside of Sunburst, Montana, went on vacation around Thanksgiving of last year, they asked if Mike’s family could look after their farm while they were away. The day after Thanksgiving, Mike’s son Lance went to the neighbors to do a few chores, not anticipating he was about to be a part of a heroic animal rescue.

When he first arrived at the Paces’ farm, he spotted two whitetail bucks whose antlers had become locked together in the heat of battle. He immediately ran home to get the help of his father, sisters Jamie and Jessie, and family friend Steve Smith.