“The relationship between forest and river is like that between father and son. No forest, no rivers.” Gifford Pinchot. America’s... 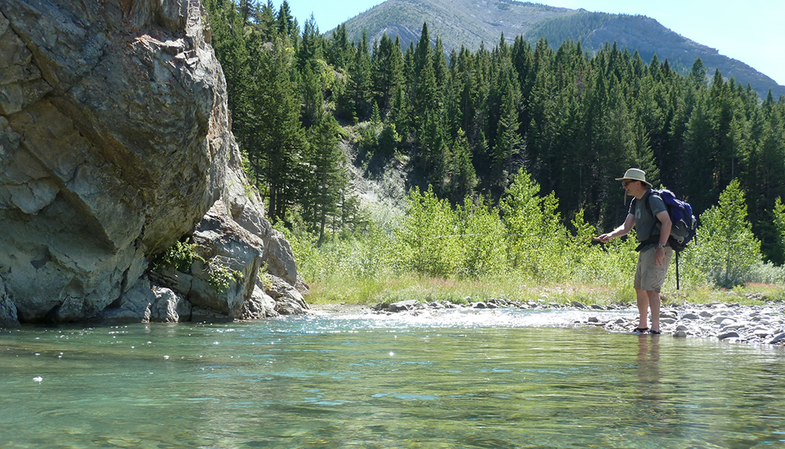 “The relationship between forest and river is like that between father and son. No forest, no rivers.” Gifford Pinchot. America’s First National Forester.

Where I live, the rivers are blown out with cold spring runoff and you take your life in your hands just walking the banks. The waders stay hung up in the boat shed for a little while longer.

In a few weeks, my local streams will clear enough for casting. Then, the water will be so transparent you can watch the nearly psychedelic dance of fluid flowing over the cobblestones. Meanwhile, I dream.

Much of the national discussion going on right now about the value of public lands for sportsmen have centered around habitat and access for hunting. That’s fair enough, as our national forests, parks, wildlife refuges and other public lands add up to about 640 million acres, most of them open to well-regulated hunting.

But let’s consider fishing for a moment. According to the US Forest Service:

Consider that in 1905, when the Forest Service was established, the US population was about 85 million. Today, just over a century later, our population has more than tripled to 310 million people. There is no more water in the US today than there was then. It seems to me that conserving America’s headwaters as national forests was smart thinking.

Water is precious, because water is life itself. Access is precious because it makes life even better. America’s national forests are where the two meet.

Now, I’ve just got to wait for that snowpack to melt off my local national forests.

What’s a national forest-fed river that you love to fish?