What’s next for Oregon’s Elliott National Forest Sportsmen cheered earlier this month when the Oregon Land Board reversed course and... 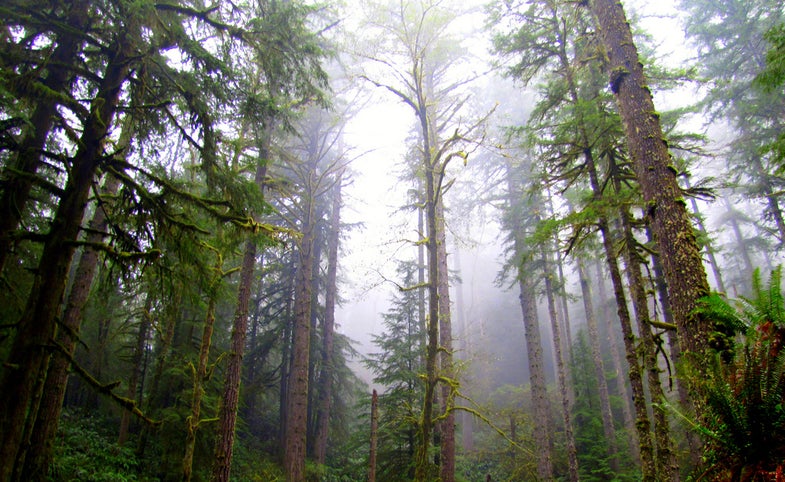 Sportsmen cheered earlier this month when the Oregon Land Board reversed course and voted to keep the Elliott State Forest in public hands. However, it remains uncertain exactly what the future of the 85,000-acre block of state lands will look like.

The Oregon Land Board – made up of the Governor, Treasurer and Secretary of State – faced a quandary with the Elliott. The board has the legal mandate to manage the land for the best return to state school coffers. Historically, that meant logging. However, legal challenges over endangered species, and long-term trends of the American timber industry, have caused the forest to lose money.

Since 2015, the Land Board has moved to sell the land to a conglomeration of timber companies and Indian Tribes for some $220 million. This triggered a backlash among sportsmen, since the area is popular with hunters after elk, blacktail deer and black bear, and it is also home to salmon spawning streams.

The public pressure showed results. On May 9, the Land Board scrapped plans to sell the land. However, it’s quandary remains over its legal mandate. The board unanimously directed the Oregon Department of Lands to explore options that both keep the land public and provide timber and revenue. Board members suggested perhaps a deal with Oregon State University or using state bonds to buy out high-value habitats or a land swap with the US Forest Service.

Meanwhile, the timber company that had pursued the deal with the Land Board sued for $3.3 million in damages it says it incurred by the failed land negotiations.

Sportsmen and the Utah Department of Wildlife are stinging at a proposal in Utah that could turn state-owned land that is now open to public hunting into the private domain of outfitters.

As we see playing out across the West, sportsmen are stuck in the middle as competing interests seek access to state lands. Unlike national forests, which are managed for multiple use, state school trust lands across the West tend to have a singular mandate of raising money for schools. Since hunting access has a market value, state land managers often want to capitalize on that value. This week, the Salt Lake City Tribune reported that policy makers in Utah are trying to figure out how to get more revenue off those state lands, on the backs of hunters.

The Utah School and Institutional Trust Lands Administration (SITLA) board, like other states, has an agreement with the state wildlife agency in which the state wildlife agencies pay the school trust fund in return for public access to that land. According to the Tribune, hunters have paid $800,000 annually to state coffers to provide access to key parcels. That 10-year agreement is coming to an end.

The Utah land board wants to increase that rent to $3 million a year by leasing some holdings to private outfitters, the Trib reports. Needless to say, this is going down hard with many rank-and-file Utah hunters and the state wildlife agency. Perhaps this is the wave of the future. Perhaps this is a negotiating gambit. Stay tuned.

Somedays, it must really stink to be Interior Secretary Ryan Zinke. As a Congressman, Zinke earned a strong pro-access voting record in support of the Land & Water Conservation Fund. In his Senate confirmation hearing to become Interior Secretary, Zinke reinforced his support for permanently reauthorizing and fully funding LWCF.

So he must have swallowed hard when he saw President Trump’s Budget that raids the LWCF piggy bank. In fact, that budget released this week slashes the LWCF by $64 million or 85 percent from the current budget year. It’s important to note that this does not save tax dollars, as LWCF is funded exclusively by royalties paid by off-shore oil drilling.

Lost access to quality habitat is the number one threat to the future of hunting and fishing in America and the LWCF is the number one tool Americans have to protect access. The good news is that the budget from Congress is much more friendly toward LWCF than the White House’s budget.