Can We Really Be Seeing This Phase of the Rut Right Now? 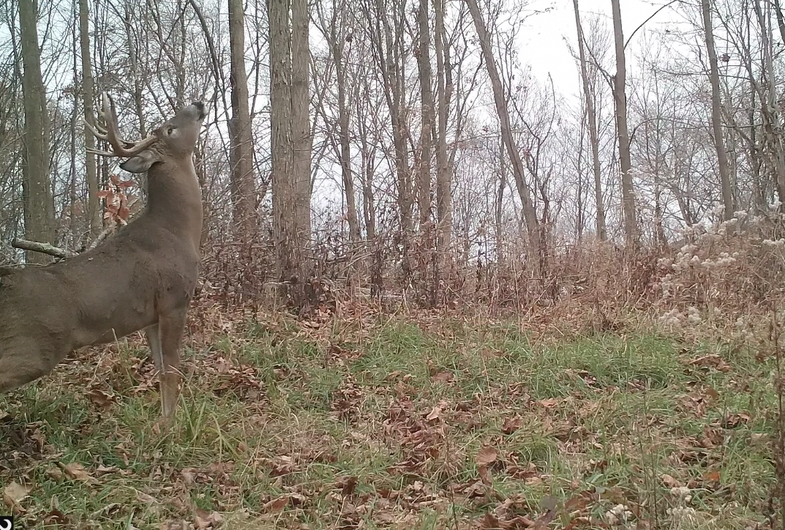 The clues are as obvious as they are confusing.

Mature buck sightings are non-existent. Mature does have proven to be just as rare.

Fawns are wandering. Young bucks show up from time to time, looking lost and confused.

These are classic examples of hard-core lockdown behavior. It’s unmistakable.

The problem? We’re just a couple days away from the first of December. And yet. . .

I’ve spent an inordinate amount of time in the woods this month. Sure, it’s part of my job. But it’s also my passion. I love bowhunting whitetails like Donald Trump loves Twitter. Sometimes I love it just a bit too much.

This happens every season, to be honest. I tell myself that I’m going to keep things under control. That I’m going to hunt as hard as I possibly can but I won’t let things get too out of hand.

Well, for the past four weeks, I’ve averaged about three hours of sleep a night. In order to spend as much time in a treestand during daylight hours and maintain gainful employment, I have to accept a somewhat unorthodox schedule.

I hunt when the sun is up and work when it’s dark. I answer emails from the woods and spend midday hours as efficiently as possible. Sleep happens only when the work is done.

When you spend that much time in the woods (hunting in several different states) you get a pretty good feel for what’s happening in terms of the rut. And this is what everything I’ve seen is telling me: We are in the midst of serious lockdown and that phase has lasted for much longer than normal.

Based on what I saw along with the anecdotal information from trusted buddies who know a thing or two about deer hunting, the best period of cruising and chasing happened early last week and lasted just a couple of days. The “prime” weeks in November – from the 5th to around the 15th – were oddly uneventful with only sporadic rutting behavior. Then for a couple of days prior to Thanksgiving, things seemed to bust wide open. And then – poof! – activity came to a halt.

Now, the mature bucks are in hiding. Mature does have disappeared. Young deer are wandering. That’s lockdown.

Why has it happened so late? Or is it something else?

To be honest, I really don’t know. What I do know is that I’ve spent time in some incredible whitetail country and have not yet filled a single tag. A shameful admission? Perhaps. But it’s the truth.

This year’s rut has left much to be desired and I never really saw that period of franctic cruising and chasing that makes hunting the rut so much fun. I have, however, experienced plenty of lockdown periods and every one of them looked a whole lot like this.

There are just a few days left in this most hallowed of whitetail months. I intend to hunt as many of those as I can. I wish I had an answer for the way this season has transpired thus far. I wish I knew what it is that makes the rut rock some years and fizzle in others.

I’m not a big believer in moon phase theories nor do I think that the weather plays as big a role as it is often credited for. Sure, we had a “super” moon this month. And, yeah, we’ve seen above normal temperatures. But we’ve seen those things in previous seasons and fawns were still born at roughly the same time in the spring as they always are.

I suppose it is this unpredictability that makes me love hunting whitetails so much. Or maybe I’m just a sucker for punishment. And make no mistake, I’m battered and bruised right now. These whitetails have flat kicked my butt so far. But it’s not over yet.