4 Rules for Hunting Big Bucks Without Spooking Them

To successfully target mature whitetails, you have to step up your strategy 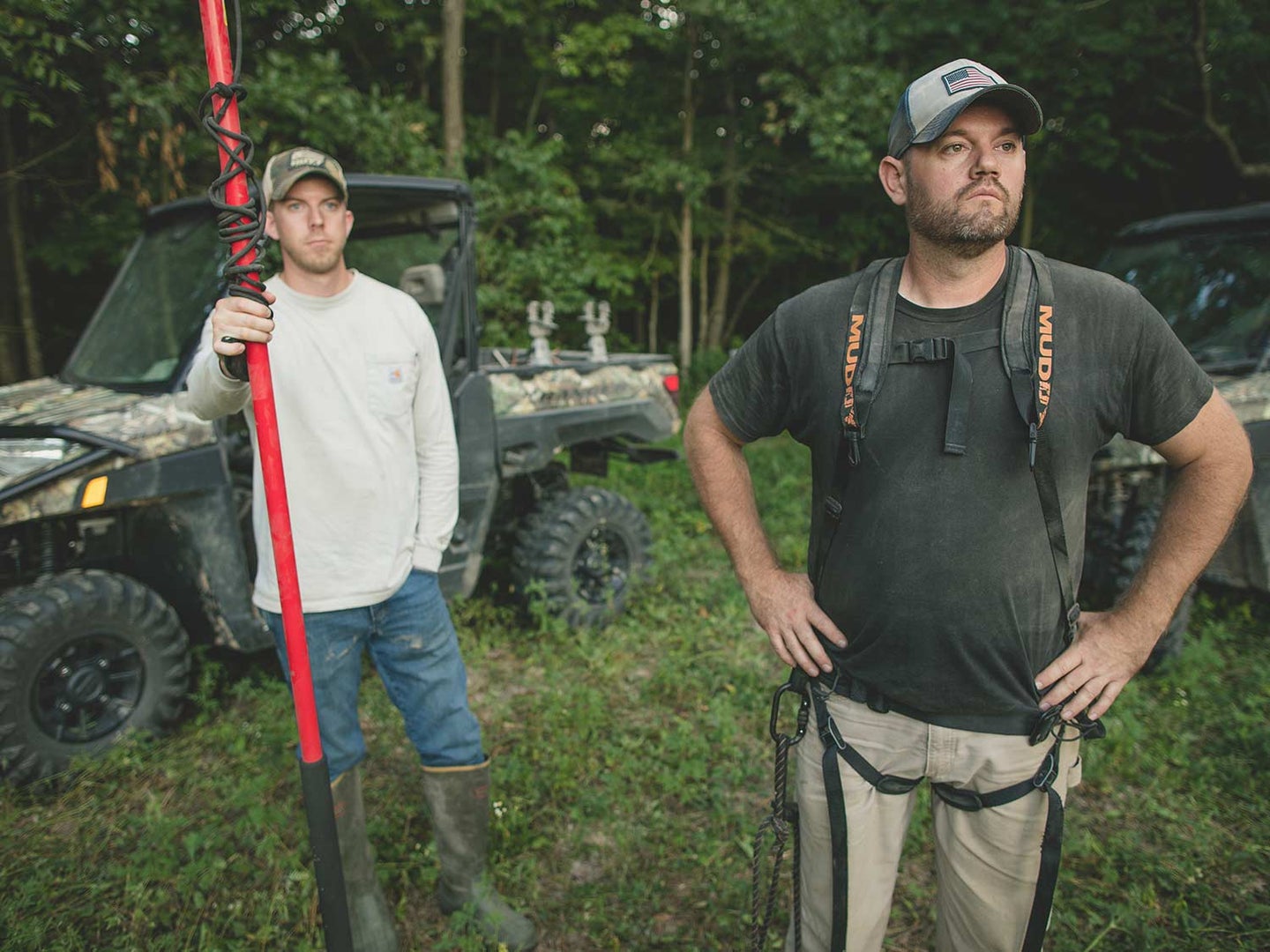 Editor’s Note: This is part 9 of a 9-part Respect the Game series on habitat improvement, whitetail management, and the tradition of deer hunting. We’ve partnered with Polaris to tell the story of the world-record buck, and the group of buddies who worked together to hunt the deer last fall.

Hunt long enough, and you’ll formulate a set of personal regulations for everything you can control in the deer woods. These are guidelines you establish over time, from real-world experiences that you decided to either replicate or never let happen again.

Hunt a bit longer and you’ll refine those rules. When it comes to treestand setup, I’ve written my rules more than once and have finally settled on a system that’s about as close to perfect as possible. Interestingly, this set of rules is more basic than any of those from the past. Somewhere along the way I’d allowed myself to let deer hunting become far more complicated than it ever needed to be. Over the past couple of seasons, I’ve made a conscious decision to simplify everything from my gear to my strategies and approach. Most of the areas I hunt fall into one of two categories: Very small pieces of private land (20 acres or less) in heavily-hunted areas and public-land areas. This system was designed for hunting spots where deer are likely to encounter other hunters and thus would react negatively and quickly to any human intrusion.

I much prefer to hunt deer that act like deer. Unfortunately, pressured deer do not fall into that category. Pressured deer behave differently. They move less often in daylight. They exhibit different patterns of movement. They use different types of cover. They are, simply, much harder to hunt.

Thus my primary goal, even in areas where hunting pressure is high, is to minimize pressure (the thing that causes deer to behave this way). The other side of this coin, of course, is that I must hunt often enough to have a reasonable chance for success. So how do you balance the two? How do you hunt an area repeatedly without letting the deer know you’re there? You play by these rules.

1. Pay Attention to Your Entrance and Exit

The most critical part of the system isn’t tree selection. It’s not making sure you’re hunting an edge, a bedding area, or a terrain feature. The single-most important aspect that will allow you to hunt a deer more than once (i.e. without him knowing he’s being hunted) is the entry and exit route to your stand location.

In short, you have to find a way to your stand site that allows you to remain undetected. You cannot allow your wind to blow into bedding areas. You cannot leave scent on deer paths. I’d rather choose a route that makes more noise or takes a bit longer to navigate—like circumnavigating the place in a UTV—than to allow my scent to blow into a bedding area or to walk where deer usually do. Deer hear sounds all the time, and the source of that sound can be many things. Human scent, on the other hand, only means one thing to deer.

A backdoor entrance is ideal and, realistically, nearly impossible when you’re hunting small properties. In an effort to keep things simple, I just use common sense. If the wind is blowing in a direction that will carry my scent into a bedding area en route to my stand, I hunt somewhere else. And when walking to my stand, I avoid deer trails.

2. Don’t Give Them the Wind

Whenever possible (and it’s not always possible, but we’ll cover that next), I choose stand setups where a deer cannot catch the wind. In other words, I choose a setup that makes it all but impossible for deer to get downwind of the stand location. This is accomplished by choosing a site that features an area deer can’t or won’t use. I try to put my back to this location so deer won’t sneak in behind me, and I hunt with the wind in my face. A good example is a body of water at your back: Lakes, ponds, rivers, etc. Deer don’t like to swim unless they have to, thus these water barriers are reasonably effective. Elevation changes can also work in the same manner, like a steep bank, a deep gully, or some other feature deer prefer not to use.

3. Almost Give Them the Wind

This will sound contradictory at first, but stick with me. My very best setups, particularly during the late stages of the pre-rut, are ones where bucks approach from a downwind(ish) direction. This is most often the case along an edge where two types of habitat meet. Such spots are often preferred travel routes that bucks use as they cruise for receptive does. The trouble is that bucks, especially older ones living in heavily-hunted areas, aren’t likely to stroll those edges without the wind in their favor.

The trick here is to set up in a manner that allows the wind to almost be in the buck’s favor. These setups feature plenty of trial-and-error. You simply have to monitor the wind direction on a micro scale. Instead of only checking the wind direction in your weather app, study the way the wind moves through the terrain you’re hunting. In hilly country, thermals can be used to your advantage. During morning sits, for example, your scent will generally be pulled uphill as the air warms. This can sometimes allow you to hunt an area with a wind that seems favorable to approaching deer, but your scent is actually going up and over their heads.

On flat farm ground, you can learn a lot from milkweed fibers floating in the breeze. Use these to learn how the wind behaves here. I always look for bends and corners in habitat. This allows me to hunt a wind that seems unfavorable. Say a buck is approaching my direction and walking into the wind. My stand is in his path, but its precise location sits just around a corner—a corner that allows my scent to blow to the buck’s side as he approaches instead of into his face. It’s subtle, but a phenomenon that you can absolutely take advantage of if you study your terrain well enough.

If you want to kill a big deer, you have to hunt where that deer lives. Of course, killing that buck gets a whole lot more difficult when he realizes you’re there.

The above rules for stand setup will help. But you have to follow them. And not just sometimes—you must do this all the time. The best way for this to happen is to create multiple setups that adhere to these rules, and are suitable for a specific wind direction. True, some setups will likely be more productive than others. But, every setup should still be chosen based on its ability to produce. In other words, choose stand sites that you’ll have confidence in. Once you’ve found a stand site that follows the rules and can be utilized in say, a south wind, move on to create a setup that follows the rules and is compatible in a north wind—then a west wind, then an east wind.

Obviously not every area will allow for setups that are functional in all wind directions. In those situations, discipline has to rule. You have to abide by the stand rules. If you can’t enter/exit without your wind blowing into bedding areas, and if you can’t keep ground scent from contaminating the area, you must wait until you have the wind direction that works.

The funny thing about a simple system, though, is this: By following it, you’ll likely discover new ways to hunt an area more often than you could before—simply because you know you’re hunting it in a way that’s low impact. And low-impact hunting can have high returns.