A Short History of Sporting Dog Trends in the 20th Century 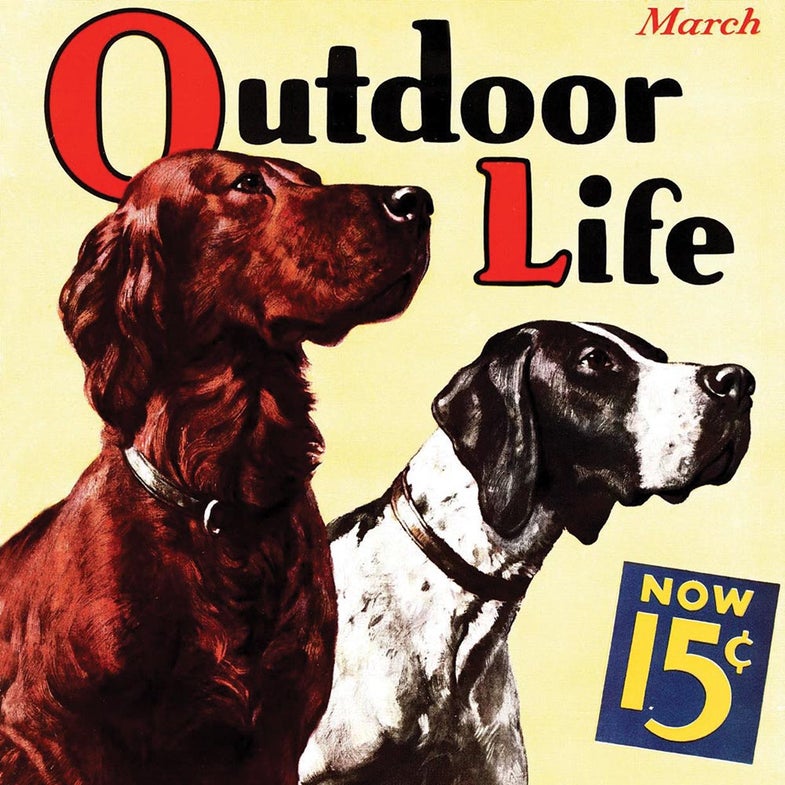 Most great campfire debates will never be settled, but for now, the case is closed on an old favorite: Which breed makes the best hunting dog? The (registered) numbers don’t lie, and earlier this year the American Kennel Club named the Labrador retriever the most popular purebred in the country—for the 26th year running. Now, those numbers don’t specify the best sporting dog, but they are a good indicator. Here’s a look at a few of the breeds OL favored back in the day, long before the Lab was crowned—for now—king.

Although the American cocker spaniel reigned from 1936 to 1952 at the top of AKC’s charts, OL had its own ideas. Dog editor William Cary Duncan pointedly rejected it as a “bona fide sporting dog” in a 1943 column, instead listing these breeds as his Big Six among some 40 others: the pointer, English and Irish setters, foxhound, beagle, and greyhound. He also named three up-and-comers: the English springer spaniel, German short-haired pointer, and Lab.

As best as we can tell, the only OL staffer who openly admitted to owning poorly trained dogs was Pat McManus. In a 2006 column, “Man’s Worst Friend,” McManus reminisced about a string of subpar dogs, including the infamous mutt Strange. “I won’t go into detail about his bad habits,” he wrote, “but if he had been human, he would have been arrested in most states.”

The Dangers of Denouncing a Breed

“If I were foolhardy enough to intimate that any one of the 37 bowwows I’ve mentioned was anything but an ideal house and street dog, 67 owners and operators of that particular breed would form a posse, stand me up against the nearest stone wall, and shoot me at sunrise. If it happened to be a cloudy day, they’d go by their watches, and use daylight-saving time to get me out of circulation an hour earlier.” ­

The number of articles in our digital archives containing the keyword…