Griping about politicians in Washington D. C. is a beloved American pastime, but sometimes it’s worth noting when our elected... 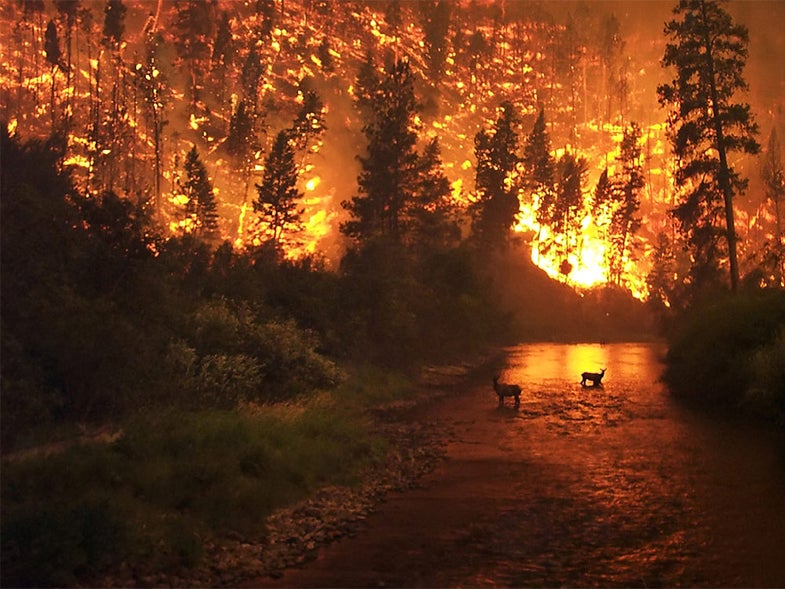 Griping about politicians in Washington D. C. is a beloved American pastime, but sometimes it’s worth noting when our elected representatives do something right.

Recent changes in how America pays to fight and manage wild fires should result in better management of America’s national forests – 194 million acres that millions of American families depend upon for hunting and fishing.

Here’s the deal: The Forest Service is not only one of America’s largest public land managers, it’s also America’s largest fire department. Smokey Bear has been extra busy lately. In recent decades, the difficulty and costs of wildland firefighting have skyrocketed, driven by several factors. One, more and more people are building homes in the “rural/wildland interface,” which makes firefighting more expensive and dangerous. Second, decades of fire suppression have left some forests overloaded with flammable brush and trees. Third, our summers are trending hotter and drier, resulting in bigger and more destructive wildfires.

As a result, the Forest Service racks up $1 billion or even $2 billion in costs during hot fire seasons. During those particularly active seasons, the agency “borrows” against its core budget to cover the costs.

These sportsmen’s groups pushed changes made in the 2018 Omnibus Spending Bill that hopefully will set things right. Starting in 2020, the Forest Service will be able to tap into national disaster funding to cover the costs of fighting wildfire in particularly hot fire seasons.

That means that forest firefighting costs will be funded similarly to other natural disasters, such as hurricanes or floods.

That, in turn, should free up funding for projects like thinning over-mature forests to provide better habitat for turkeys and ruffed grouse, repairing damaged trout-spawning streams – and maybe even reducing the risk of unnaturally destructive wildfires.