Will the Trump Administration Change Course on Alaska’s Pebble Mine? Key Republicans Are Rallying in Opposition

As the Army Corps of Engineers requests additional environmental safeguards against the proposed mine, Trump could personally withdraw support of controversial project 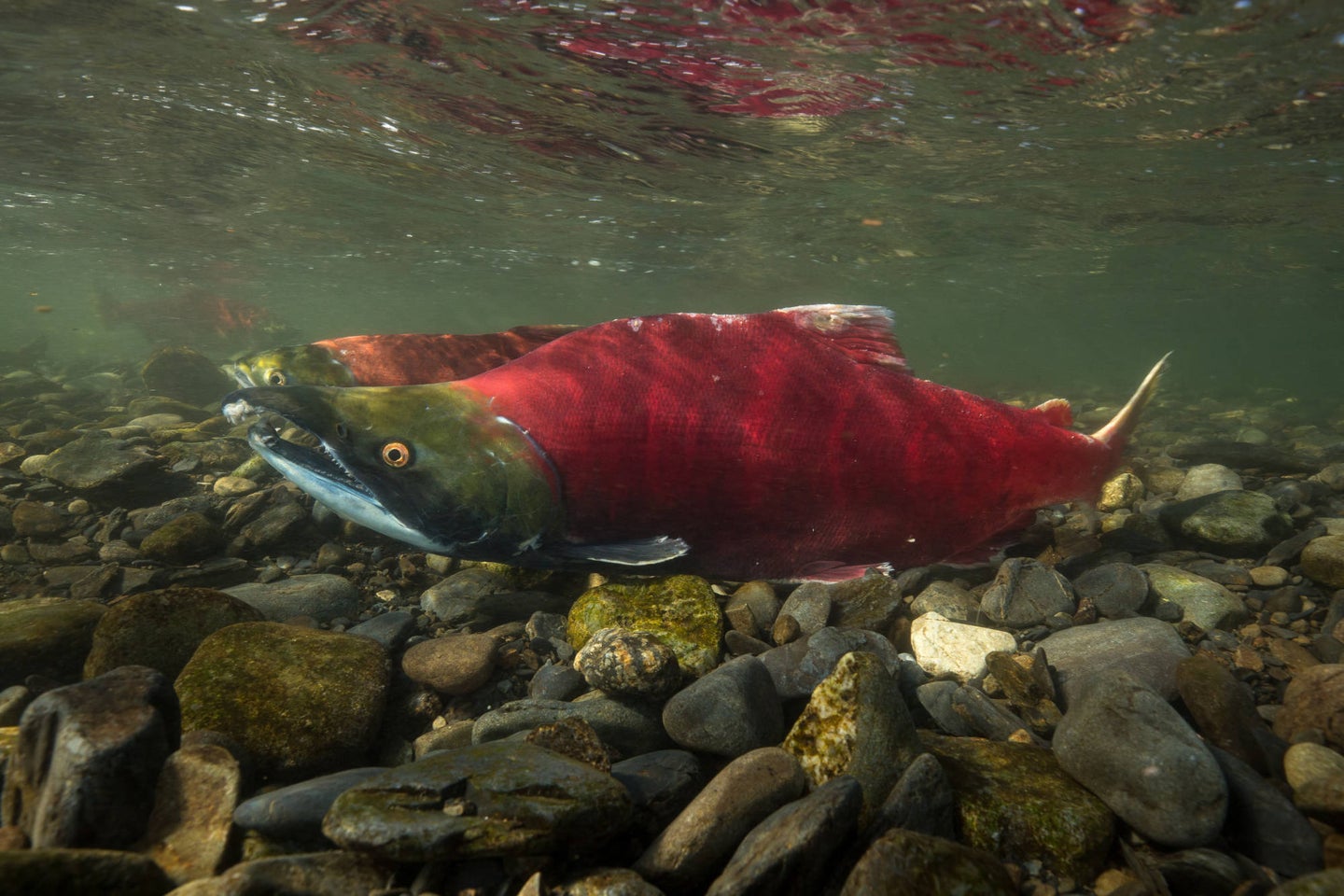 As recently as early August, the Trump Administration appeared set to green-light the long-contested mine in Alaska’s Bristol Bay, home to the world’s largest sockeye salmon run. However, a letter from the U.S. Army Corps of Engineers to the Pebble Partnership, dated August 20 and obtained today, reveals that administrative support for the open-pit gold and copper mine may be unraveling.

The letter noted “discharges at the mine site would cause unavoidable adverse impacts to aquatic resources,” and requested that the Pebble Partnership create and submit a mitigation plan within 90 days. The Corps also announced on its website that the Pebble Mine project “cannot be permitted as proposed.” Further erosion of support for the proposed mine could be forthcoming in a call today with the Corps.

President Trump himself was reportedly preparing to issue a public statement withdrawing his administration’s support for the mine. That statement could be made as early as today, say sources, as Trump begins a week of public appearances at the Republican National Convention.

“The president is hearing from a number of his supporters that punching a mine in the heart of Alaska’s salmon country is maybe a bad idea,” says one source, who spoke on condition of anonymity. “He’s hearing that being opposed to a mine isn’t a Democratic or a Republican position, that maybe this is a bad project for this particular place.”

Sources indicated that Trump could either rely on the federal permit-approval process to delay the mine until after November’s election, or could vocally remove his administration’s support for the project altogether, which would have the same outcome but could bolster Trump’s standing with the conservation community. Coming just weeks after he signed the landmark Great American Outdoors Act, which dedicates billions of federal spending on conservation projects, Trump is hoping to appeal to outdoors-minded voters ahead of the November election, say sources.

“Look, he either uses a Swiss Army knife, whittling away at the process, or he puts a stake through the heart” of the mine project, said the source of Trump’s expected statement.

There are several tools that the Trump Administration could use to block the mine.

The first option—the “stake through the heart”—would be directing the Environmental Protection Agency to invoke the 404(c) clause of the Clean Water Act. This is a check and balance against any permits issued by the Army Corps of Engineers, and is commonly referred to as a “veto.” It would permanently declare Bristol Bay off-limits to the proposed mine. The EPA could do this at any time, though the process itself would take 6 to 7 months to complete. During the Obama administration, the EPA had nearly completed the 404(c) process when the Pebble Partnership sued. The Trump Administration settled the lawsuit, and agreed to review the 404(c). The first EPA administrator, Scott Pruit, actually left the 404(c) in place. When current EPA administrator Andrew Wheeler took over the agency in 2018, he overturned the veto, paving the way for the mine.

The second option to prevent the mine would be for the Army Corps of Engineers to simply deny the permits the Pebble Partnership is requesting. This would not permanently protect Bristol Bay since the mining company could revise their proposal and reapply for a permit.

Additionally, as reflected in the August 20 letter, the Corps of Engineers could request additional information from the Pebble Partnership, thus prolonging the permitting process until after the November election.

So, what caused the about-face within the administration? The tipping point can be traced to an August 4 tweet from Nick Ayers, former chief of staff to Vice President Mike Pence, which called on President Trump to direct the EPA to block the mine. This triggered an outpouring of public support from influential figures within the administration, including Donald Trump, Jr.

As a sportsman who has spent plenty of time in the area I agree 100%. The headwaters of Bristol Bay and the surrounding fishery are too unique and fragile to take any chances with. #PebbleMine https://t.co/4ffLdF4Qqe//

“[Ayers is] a very influential and highly-regarded guy in Republican circles, and beyond, and when Don Jr. stepped up, everybody’s heads were spinning,” says Guido Rahr, President and CEO of the Wild Salmon Center, who reportedly briefed Ayers on the proposed mine this summer. “It was a seismic shift in the politics around Pebble. And there were a lot of Republicans that really didn’t like this project, and the more you had a chance to talk about it, the more people were just outraged. There was also a sense of urgency apparent to everybody with the impending potential Record of Decision on the EIS…It just signaled something that had been growing for a long time. Which is, on the Republican side, deep uncomfort with this project.”

That discomfort was in full view on Fox News on August 14, when host Tucker Carlson, another influential conservative who has been vocal in his concerns for the mine, interviewed Bass Pro Shops founder Johnny Morris. Morris, who has fished Bristol Bay and the flowages downstream of the proposed Pebble Mine, noted that conservation issues such as the mine shouldn’t be partisan.

“In most environmental controversies there’s a clean partisan split: Republicans are on one side, Democrats are on the other,” Carlson said during the interview. “But this is not so clear. Suddenly you are seeing a number of Republicans, including some prominent ones, including some very conservative Republicans, saying ‘Hold on a moment. Maybe Pebble Mine is not a good idea. Maybe you should do whatever you can not to despoil nature. And maybe not all environmentalism is about climate.’”

“I believe in balance and with the healthy harvest of our resources, but the more I learned about the project, and the more I’ve fished in and around Bristol Bay, the more I realized that it posed an unacceptable risk,” Johnny Morris, founder and CEO of Bass Pro Shops told Outdoor Life. “That is a treasured place in the world, and it’s one where I’ve fished with my own father and my son. Experiences like that are truly priceless, and I felt obligated to speak up about it, say that maybe we should reconsider the risk to something that treasured.”

The Pebble Mine has lost many of its investors in recent years, and apart from Alaska’s governor, Mike Dunleavy, and the Alaskan Republican Party, sources say, the Pebble Mine has few supporters. U.S. Senators Lisa Murkowski and Dan Sullivan (both AK-R) issued a statement today in response to the Army Corps announcement. Murkowski says she “agree[s] that a permit should not be issued.”

“We’re talking about things you can’t undo, and a massive open-pit mine at a place like Bristol Bay is something you could never undo,” says John Gale, conservation director for Backcountry Hunters and Anglers. “I hope that as [this administration] looks at doing other good things in the remainder of both this Congress and in the advance of a new election cycle, we look at other places like the Boundary Waters in Minnesota that I would put right up there at Bristol Bay. Perhaps the Great American Outdoors Act was the blast that broke through the dam and unleashed a lot of positive decision making at the end of President Trump’s first term. But that remains to be seen. I’ll believe everything when I see it.”