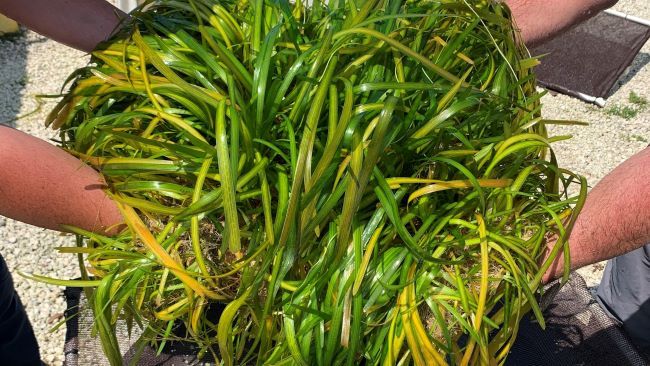 In honor of Earth Day last week, another habitat restoration event is underway on Florida’s St. Johns River. This time, teams are restoring eelgrass by planting 5,000 freshwater plants in the shallow areas of Lake George and Silver Glen Springs this month, according to the Florida FWC website.

Lake George is the second largest lake in Florida and a world-renown as a producer of giant bass. Silver Glen Springs feeds the lake, and all are parts of the iconic St. Johns River watershed, which covers more than 200 miles of rivers, streams, and numerous lakes.

In recent years, native grass beds have all but disappeared in many regions of the river, most notably eelgrass, which is the lifeblood of nurseries for countless fish and other aquatic life.

Read Next: Florida’s Water Crisis Has Sport Fishing on the Brink of Collapse

Hurricanes Matthew and Irma wiped out much of the vegetation throughout the St. Johns. High wind and waves destroyed thousands of acres of grass beds. Then high levels of silty water disrupted the re-establishment of those native grasses by preventing sunlight from reaching the river bottom. That lack of native grass means less fish habitat and fewer of the forage species on which sportfish thrive, including many types of minnows, shrimp, crabs, and more.

Another factor in the unusually slow return of the river’s grass beds have been manatees, which are extremely abundant, much to the delight of anglers and people who spot the majestic native animals. But manatees weigh 600 to 1,000 pounds, and consume about 10 percent of their body weight each day—by eating aquatic vegetation. Their constant grazing in the St. Johns River shallows has also slowed the eelgrass’ return to pre-hurricane levels.

Now, the river’s eelgrass is getting a much needed hand. Some of the re-planting work is occurring in fenced enclosures to protect the young plants from over-grazing until they are well established. Different varieties of eelgrass will be planted to increase the likelihood they thrive.