Catch Tautog (aka Blackfish) on the Coldest Days of Winter

Tautog might not be the prettiest gamefish in the Atlantic, but they fight like demons, bite during the winter, and taste delicious 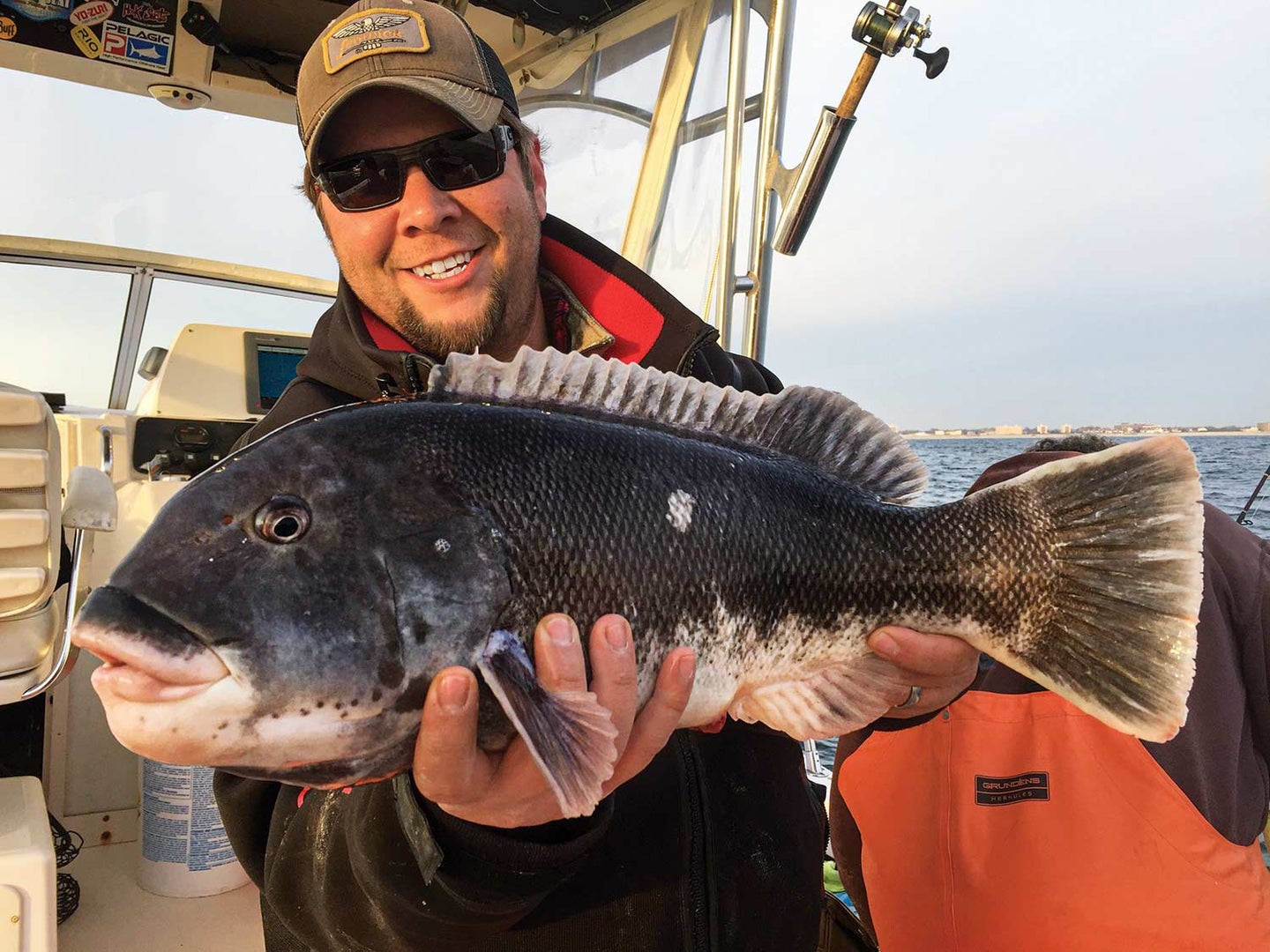 We call it “scratching.” It’s a delicate nibbling of the bait, as if the fish is gently chipping away at the edges of a potato chip without ingesting the spud in one bite. It’s a green crab that’s being “scratched,” though, and in the ideal scenario, a scratch turns into a thump as the tautog—aka ’tog or blackfish—finally commits to inhaling the crustacean. But many times, that crab gets scratched right off the hook as if by magic. So, you start swinging on the scratch. And you just keep coming up empty. It can be insanely frustrating.

If you don’t live near the coast between Maine and North Carolina, there’s a good possibility you’ve never even heard of blackfish. They’re part of the wrasse family, and they live in hard structure, such as rocks, reefs, and wrecks. With a bulbous head and big, conical buckteeth, blackfish might not be the prettiest gamefish in the Atlantic, but they fight like demons, chew on the coldest days, and are one of the most delicious fish you can put on the table, thanks to their strict diet of clams, mussels, shrimp, and crabs. If you’re willing to give these weirdos a shot, the pointers below will help you secure a winter dinner you won’t forget.

What’s actually happening when you feel a scratch is that the fish is sort of preparing your crab—or chunk of crab—for swallowing. It crunches the bait a few times, then inhales the mashed-up meal. The problem is that the process often works the bait right off the hook, so you’re waiting to feel a solid jolt, and it never comes. Though it takes some practice to dial in exactly when to swing, your skill will improve faster if you have good contact with the bait at all times. Typical blackfish rigs have the hook on a short dropper leader just inches above the weight because you want your bait lying directly on the rocks or wreck. In choppy conditions, however, the rocking of the boat can cause that rig to lift and lower. To counteract this and keep your rig as still as possible, move your rod tip up and down in rhythm with the swells, and pay out or take in line as needed to stay tight.

Blackfish live in hard-to-reach places. They’ll worm into crevices between rocks or tuck into the sharpest, snaggiest piece of a wreck. When they feed, they often dart out, snatch their meal, and quickly retreat to their hole. This makes it critical that you keep them coming toward the surface the second you plant the hook. These fish can top the 20-pound mark, and their initial bursts of energy when you connect make it necessary to use heavy-action rods to avoid getting “rocked,” wherein a hooked fish retreats to its hole and you get hopelessly hung up. The secret is reeling through the set. As you sweep up to sting a blackfish, you should already be winding.

Read Next: How To Catch a Pending World-Record Tautog Like This One

In the last five years, using jigs for blackfish has grown in popularity, with many arguing that the method is more effective than dropping a traditional rig. Specialty ’tog jigheads weighing up to 3 ounces take a crab chunk to the bottom, and because there is no dangling weight or dropper leader involved, the idea is that you can keep an even tighter connection and detect the take much faster. When using a ’tog jig, you’ll often feel the fish “walking away” with the bait, theoretically helping you determine exactly when to strike. While the jury is still out on whether jigs out-fish rigs, many anglers who jig agree that lighter rods and braided line make it easier to keep contact with your bait, especially in deeper water.