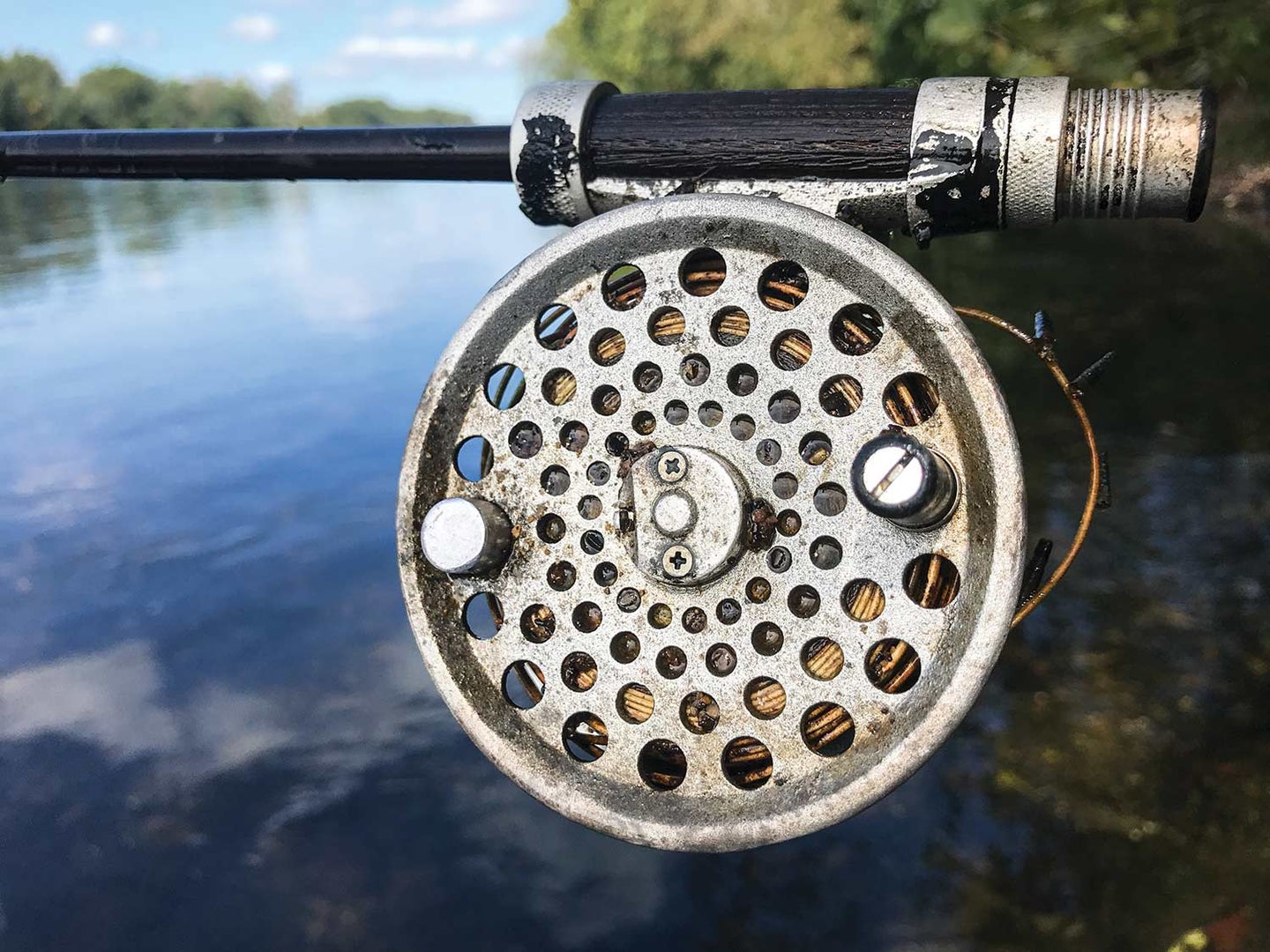 Rivers never stop. For the poor guy who drops a rod into one, this is bad news because if the flows are up, nothing falls straight down. Currents can carry lost items for miles, and subsequently, it takes only one flood or a week of high water to move a treasure that’s been at rest for years—or centuries—to a new location. Sometimes, if we’re lucky, we’re the one who finds it, and sometimes what a river gives you is more special than an old lure or a vintage Coke bottle. I reached out to a bunch of fishing buddies to find out the most interesting artifacts a river has ever given them. Here are the three coolest answers, plus two of my most memorable finds.

As soon as the anchor line on my raft came tight, I looked down and there, directly below me in the Delaware River, was a revolver. I reeled a jighead to the tip of my rod and looped the hook around the trigger guard, and my friend scooped up the pistol in the net. After our float, I took the crusty gun to the police station, thinking it might be linked to a crime. A few days later, a friend told me it was a really expensive .357 hammerless revolver with a scandium frame, made specifically for concealed carry. His point was that while a thug could have tossed it, it was more likely that its legal owner had a big oopsy on the river.

Dawson Hefner is a gar guide on Texas’ Trinity River. Prone to flooding, the Trinity has a soft bottom that’s constantly being stirred, causing prehistoric fossils and bones to surface. Hefner has found everything from fossilized marine invertebrates to Mosasaur teeth, but his best find was an intact tooth from a mammoth, which thrived in Texas about 10,000 years ago. “My client wanted to do some rock hunting, so I pulled up on a bar,” Hefner says. “I got out of the boat, and that tooth wasn’t a foot away.”

Michigan guide Brian Kozminski spends a lot of time stalking wild brook trout on the upper Jordan River. This is small, beaver-dam-laden water with a sandy composition, and a few years ago, Kozminski caught a glimpse of something irregular sticking out of the sand. It turned out to be a very old double-bit ax head. “There’s a lot of logging history on the Jordan, and up that far on the river, there’s no boat access, so it was carried in on foot,” Kozminski says. “This wasn’t far from a place called Dead Man’s Hill, which is part of local lore. It claimed a bunch of lumberjacks’ lives in various accidents.” If Kozminski is correct about the ax head’s origins, it could have been in the river since the late 1800s.

Read Next: 17 Things We’ve Lost and Found in the Outdoors

In fall 2019, while drifting down the Delaware, I spotted a fly reel on the broken-off butt section of a rod.The weight told me it was a quality reel, although the spool was locked, and I could see the river had stripped the original black finish off. After some sleuthing, I concluded it was an old-style Lamson 3.5, which was popular in the ’90s. A friend offered to drop it in a sonic bath, and it cleaned up shockingly well. I found the internal gears intact and corrosion-free. The spool spun line like a top. It’s only one missing piece away from being fully functional.

About five years ago, my friend and the host of the web series Have Rods Will Travel, Josh Dolin, was wade-fishing in West Virginia’s New River Gorge. Recent floods had heaved mountains of driftwood and debris onto the shorelines. “I noticed one piece of wood in this huge pile that looked different,” Dolin says. “When I flipped it over, I saw that ‘The Spirit of Roy Mann Lives Here’ had been carved into it.” Because the sign had two centered nail holes, Dolin figures it must have been mounted on a tree or post at some point. “I did a little searching for the name online but never found anything,” he says. “I mean, it’s the New River Valley. There’s not a lot of detailed history about its residents on the internet.”