Anglers in North and South Dakota are on a roll 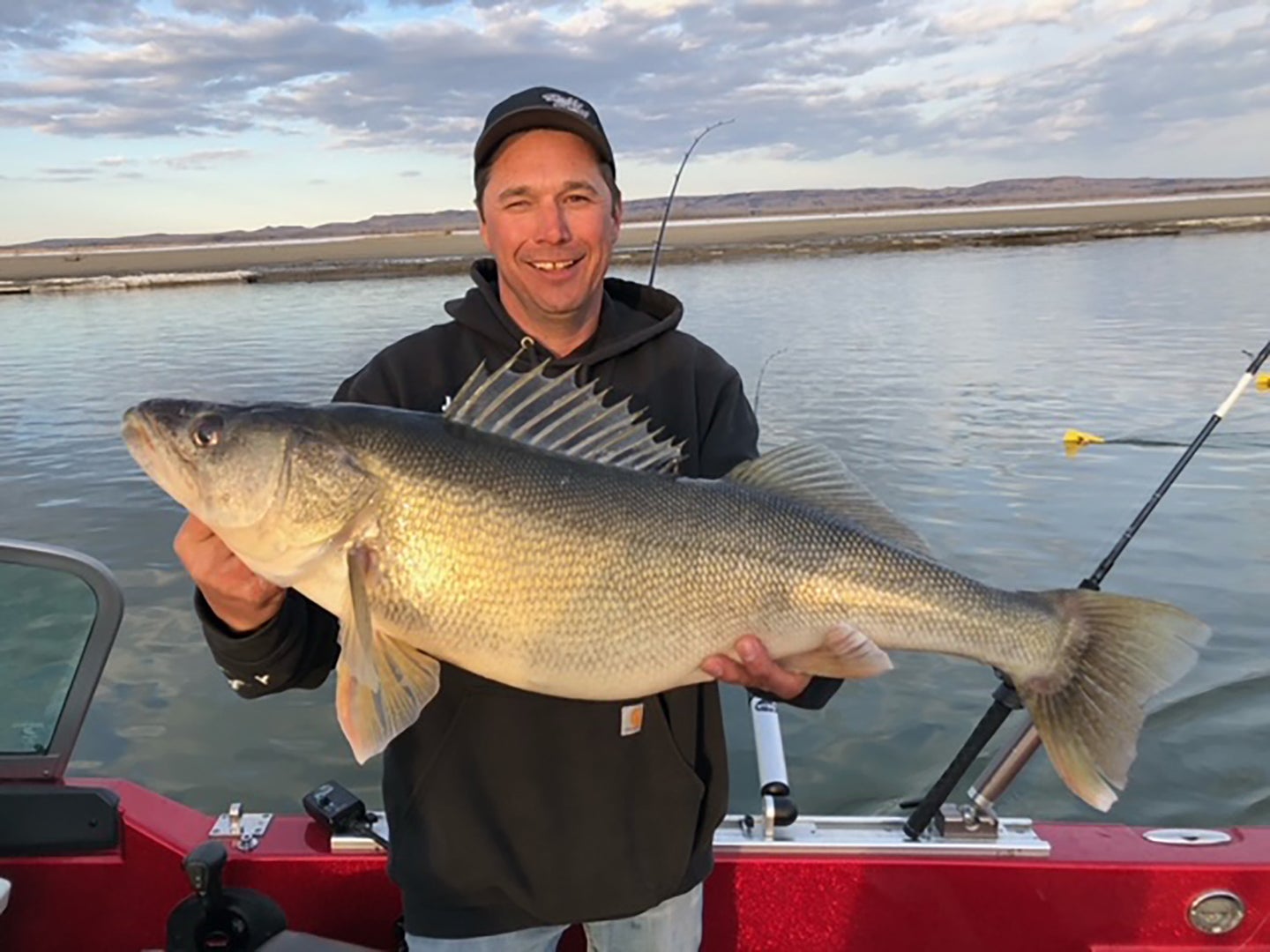 Giant walleyes are hitting the scales in the Dakotas, continuing a trend that kicked off three years ago when a longtime and controversial state record fell.

Social media blew up last weekend with photos and reports about Jared Shypkoski’s rumored 16.39-pound walleye. He reportedly was fishing on the Missouri River south of Bismarck and trolling a crankbait—a custom-painted Smithwick Perfect 10 by friends Alex and Christine Gorske. Nothing official has yet been released by North Dakota Game and Fish, which maintains the state records and has seen a flurry of big walleye catches in the last three years.

The agency’s fisheries chief, Greg Power, told the Grand Forks Herald that a big walleye was caught March 13 and the weight was confirmed by a state game warden. If the record is confirmed, it would break the existing benchmark of 15 pounds, 13 ounces, set by Neal Leier of Bismarck in 2018, also on the Missouri River.

“Not a state record officially,” Power told the newspaper. “We’ll make that determination in the weeks ahead.”

Leier’s 2018 broke the NoDak standard that stood since 1959. Blair Chapman of Minnewaukan, North Dakota, held the mark with his 15-pound, 12-ounce walleye from Wood Lake in Benson County. The record was “steeped in controversy,” according to the Herald, and rumored to have been found floating in the lake. A year after Leier’s catch, a 16-pound, 9-ounce walleye was caught on the Heart River. It was later disqualified after state officials said it had been foul hooked. And in 2020, a walleye reportedly longer than Leier’s fish was caught and released.

South Dakota is having its own walleye moment, too. The state’s Game, Fish and Parks agency made a Facebook shoutout on Feb. 24 to angler Derek Stahlman of Selby to celebrate his 31.5-inch walleye. Stahlman’s fish weighed 14 pounds, 15 ounces, and was taken from Lake Oahe while he was dark-house spearfishing.

Stahlman’s walleye was a South Dakota unrestricted state record for the species.