Why I’d Rather Fish a River Than a Lake 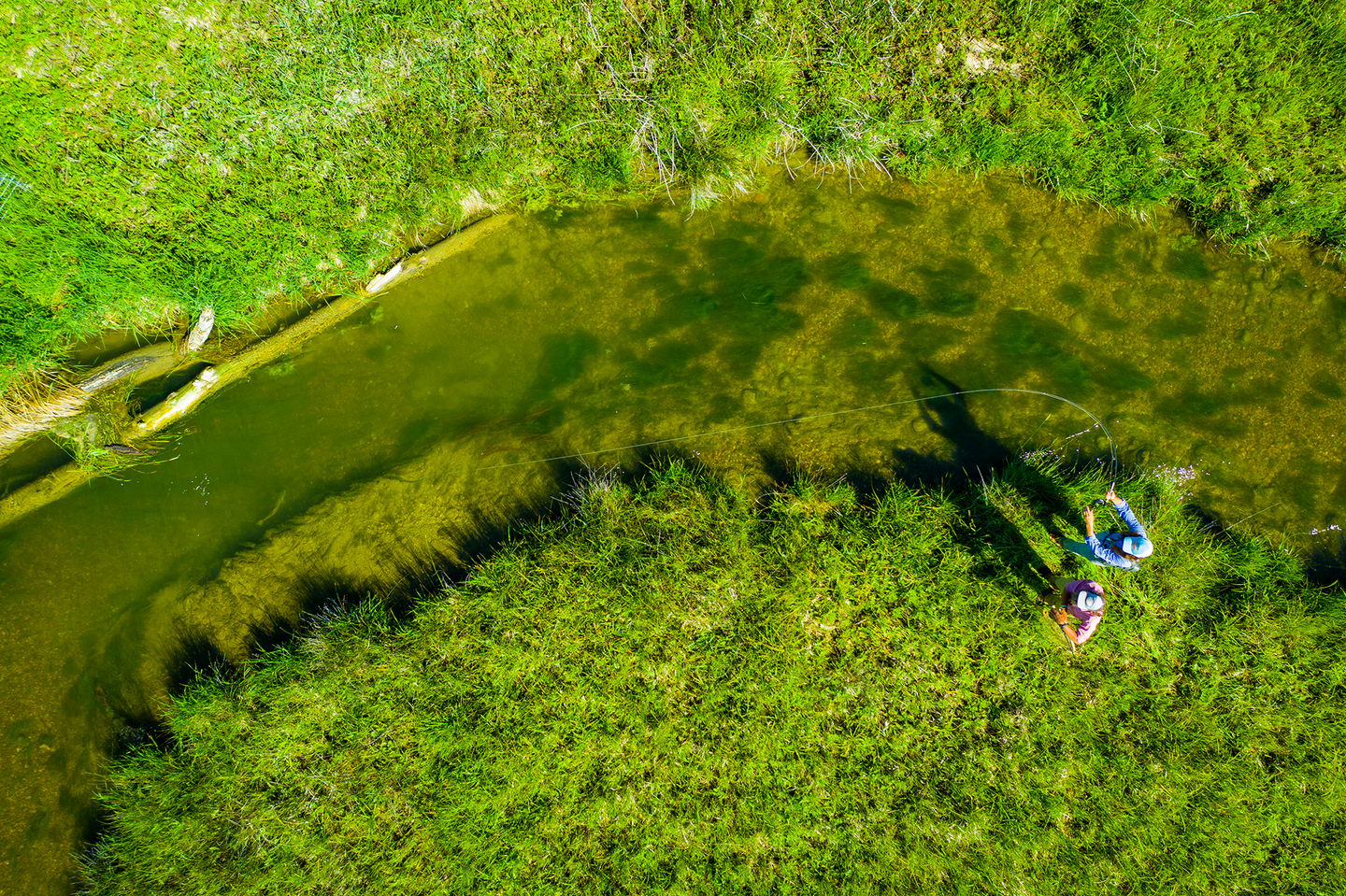 An angler battles a hefty brown on a Beaverhead tributary in Montana. Brian Grossenbacher
SHARE

The visuals on land may have been different, but not the ones in the water. In every place we rowed on this small lake, there were weeds, weeds, and more weeds.

Of course, it was the muskies in those weeds that my friend Joe Demalderis and I were after, but they weren’t chewing. Not on the first lap. Not on the tenth. The reality was that even if one of those water wolves sprang up and destroyed my fly, it would not have changed my opinion: Moving water rules, still water drools.

Don’t get me wrong. I’ve had some incredible days—many that I will never forget—fishing still waters all over the world. I’ve beat up on Lake Erie’s donkey walleyes and caught my personal-best largemouth on El Salto in Mexico. I’ve duked it out with Lake Gaston blue cats and monster perch on Winnipesaukee. But the common denominator in all those achievements? I had a guide who was very dialed in.

I didn’t grow up in an area with a big-lake fishing culture, nor was my dad or granddad a part of the limited one that does exist in New Jersey. From my youngest days, if given a choice of where I wanted to fish, I usually opted for moving water. If the stocked trout weren’t biting on Stony Brook, I’d catch crayfish. If the smallmouths weren’t biting on the Delaware River, there were always the catfish or a little riffle to bodysurf down in the summer. The older I got, the less time I spent flipping rocks or swimming because I was too busy catching what I came for. Little by little, I figured out that the way the fish set up in the hole by the bridge is the same way they set up at the logjam three bends downstream. Current breaks are key. When the water is up, fish push to the soft banks. It all started to click.

Once you know how to read moving water, you can be dropped on a mighty river or mountain trickle anywhere on the planet, and you’ll find fish fast. Familiarity with a home lake might get you started on an unfamiliar one, but it’s not the universal key to success.

Fishing moving water is a target-oriented game. It doesn’t matter if you’re throwing a Ned Rig, chicken livers, or streamers; there’s a current seam or boulder or bank contour that’s the focal point of your presentation. Working down a river and throwing lures or flies is akin to playing pool. You always need to be thinking ahead, contemplating your next shot while making the present one.

Moving water forces fish to react. Run a jerkbait through a short eddy, jig a curly-tail grub along the bottom of a tailout, or swing a Sex Dungeon along a blowdown—the smallie, wally, or butterball brown living there has to decide right now. Either it snatches the meal while it has the chance, or it lets the current carry it away. By nature, a river fish is more opportunistic.

Still water creates think time. Still ­water lets them look too long. When I fish a lake, that same anticipation just isn’t there, even when that fancy side-scan stuff you lake boys use is confirming that I’m dropping my Bull Dawg directly on a muskie’s cranium. I’ve been there, and there’s nothing that harshes my mellow faster than watching, in high definition, a fish that couldn’t care less about what I’m trying to feed it.

Read Next: When Wilderness is a Catch-22

I hate the song “Just Around the River­bend” from Disney’s Pocahontas for the simple reason that my daughter has forced me to listen to it 59,871 times—and that was just the number of plays last Tuesday. The tune makes my ears bleed, but its message is strong. Rivers are always moving and always changing.

One flood, and a river honey hole is now a shallow, silted-in bar. One storm, and a few fallen trees can alter the flow for a mile, which could ruin one spot as quickly as it creates new ones. I can’t think of a single local river or stream that has the same structures as when I first started fishing it. But having to constantly adapt is all part of the challenge. You can hit 15 pieces of juicy stuff in a mile—the kind you look at and think, I know damn well there’s a fish there—and completely strike out.

You don’t sweat it, though, because there’s more good stuff ahead. It’s the anticipation, and I’ve felt it on the Rio Negro in the Amazon the same way I feel it on the 5 miles of the Delaware that I float a hundred times a season. There’s always another bend, another pool, and another seam. And there will always be an eater under the next cut bank.