Fixed blades, mechanicals, and hybrids. This field of new broadheads has a little something for every bowhunter 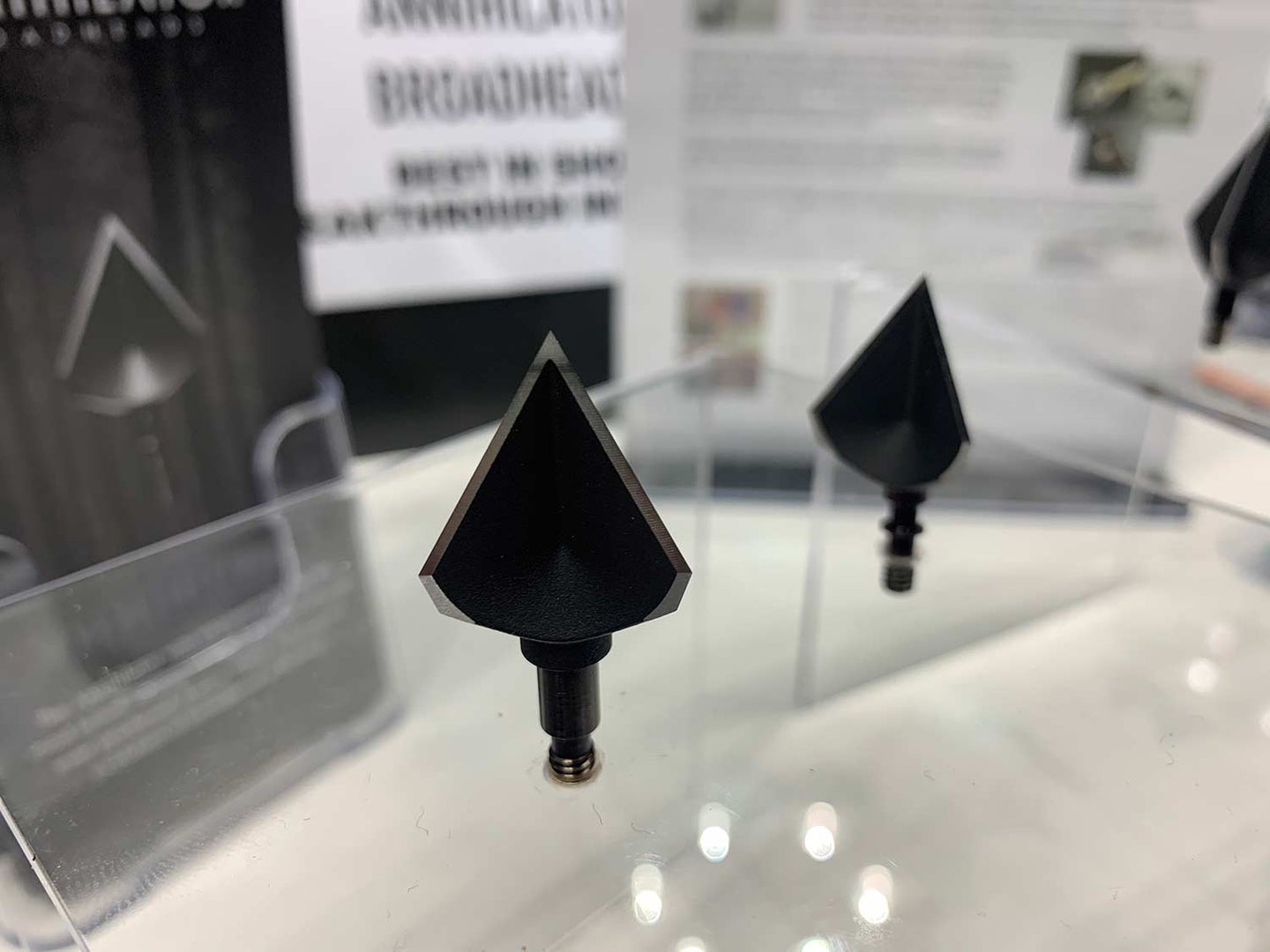 The Archery Trade Association is jammed to the rafters with new bows, arrows, sights, treestands, calls, packs, and clothing… if it’s used for bowhunting, it’s there. But there is only one category of product that actually kills the critters we chase, and that’s the broadhead. Broadheads are devilishly simple tools but, each and every year, product designers find new and novel ways to get the job done. Here’s a look at some of 2020’s notable new models.

If you just can’t get by with three blades, G5 has a solution in its 4-blade model, which is a first for the company. The Striker-X is a 4-blade version of the popular Striker and boasts a 1.25-inch-cut and is available in both 100- and 125-grain models with crossbow versions coming as well. The LUTZ blades are replaceable and the ferrule is fully machined.

Rage unveiled its first collar-free models last year and the logical follow-up to that was a no-collar version of its highly popular X-Treme model, named for its ultra-wide 2.3-inch cutting width. The X-Treme is available with either a cut-on contact or chisel tip setup, each option weighing 100 grains. A 3-pack will sell for around $45.

Rocket has created a number of highly effective and popular mechanical heads over the years. The new Siphon should continue that lineage by melding the time-tested effectiveness of an over-the-top deployment system with a new blade retention system that doesn’t require the use of bothersome o-rings. The Siphon has a 1.75-inch cutting diameter delivered by three .035-inch blades and a stainless steel chisel tip. A 3-pack runs $39.99.

Last year’s release of the Havalon was a joint effort between the folks at Wasp Archery and Havalon, makers of the super-popular knives with replaceable blades. This year, Wasp is offering a 125-grain version that has the same .035-inch Havalon blades and Wasp’s Stainless Smart Tip. The 125-grain model has a 1 3/16” cutting diameter. A 3-pack sells for $45.

Iron Will broadheads have gained a cult-like following thanks to their crazy-strong build and wicked-sharp blades.

Read Next: The Hottest New Compound Hunting Bows for 2020

New Archery Products’ DK4 is a unique hybrid head that features a pair of pivoting fixed blades and a pair of mechanical bleeder blades. The fixed blades boast a 1 3/4-inch cutting width while the bleeders add 1 1/8 inches of cutting width. The head is available in 100- and 125-grain options. A 3-pack runs $39.99.

The Annihilator is arguably the first truly innovative head in several years. It’s not a mechanical. It’s not a hyrbid. And it’s not technically a fixed-blade either, at least not in the design we’ve seen before. Made from a single piece of 4140 steel, the Annihilator has a unique scoop design that is intended — literally — to bore holes. This design, according to its designers, will increase arrow penetration by reducing friction and will create more reliable bloodtrails because the head doesn’t create a slice through the animal. The heads can be sharpened and no special angle is needed to do so. Simply lay it flat on a sharpening stone. A 3-pack of 100-grain heads sells for $54.99 while a 125-grain 3-pack sels for $56.99.