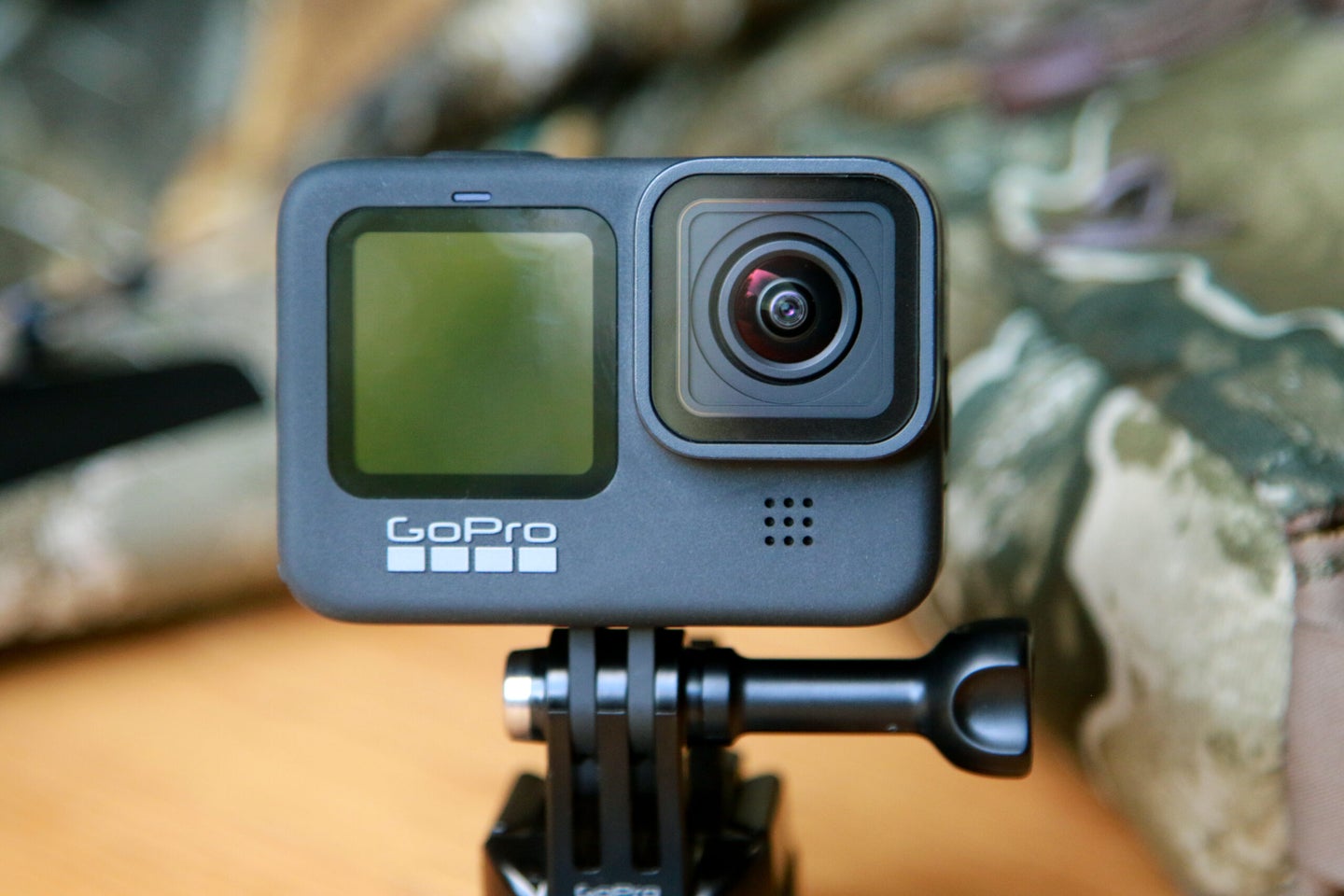 The new GoPro HERO9 Black is packed with features for hunters, including the addition of a new front-facing screen. Natalie Krebs
SHARE

GoPro’s newest member of the HERO family is here, and it has plenty of applications for hunters, shooters, and anglers. If you haven’t seen the slick new Apple-inspired video they released this morning (below), it’s worth a watch to see all the new features in action.

The marketing message on this model is all about how much more stuff they’ve managed to pack into the HERO9. It has a larger 23.6-megapixel sensor to capture higher-resolution videos—now up to 5K—and 20-megapixel photos. If you forget to take photos, though don’t worry, because you can also pull nearly 15-megapixel screen grabs from video footage. GoPro has also figured out how to introduce 30 percent longer battery life. (That’s on average, so your true battery life will vary based on your settings.) That’s all great news for recording everything from your backyard to the backcountry.

There are a few completely new features, too, including the addition of a second LED screen on the front of the camera, which is especially handy for folks who spend a lot of time in the treestand. The front screen makes it easy to check and adjust the framing of your shot—just like setting a trail camera on the proper field of view before you burn a bunch of a time and battery life recording a crappy angle. The new in-camera horizon leveling that used to just exist in the app is perfect for, say, your float-plane flight into drop camp.

The upgrades to the existing features aren’t shabby either, like the HyperSmooth 3.0 stabilizing function, which will smooth out bumpy footage and keep viewers from getting nauseous when you play back your ATV ride. They’ve also added slo-mo for video up to 4K, so picture more clips of smoking shotgun shells getting shucked in high-def. TimeWarp 3.0 lets you slow down your time lapse of, say, a long, fruitless sit in the treestand just as a buck steps out of the trees—all within the same take and now with real-time audio. Thankfully, it’s also still waterproof and controllable via a mobile app.

For the full list of fancy features on the new HERO9—webcam capabilities, removable lenses, built-in mounting fingers, oh my—check out their site. Any existing GoPro mounts you already own are compatible with the HERO9, although your old-generation batteries won’t work in the new model since that longer battery life is powered by larger batteries.

The HERO9 Black is available starting today for $450, or $350 with a one-year GoPro subscription. Stay tuned for more on how the HER09 handles this hunting season.