Speed Scouting to Save Your Deer Season

If you’re not seeing deer mid-season, it’s never too late to look for new spots 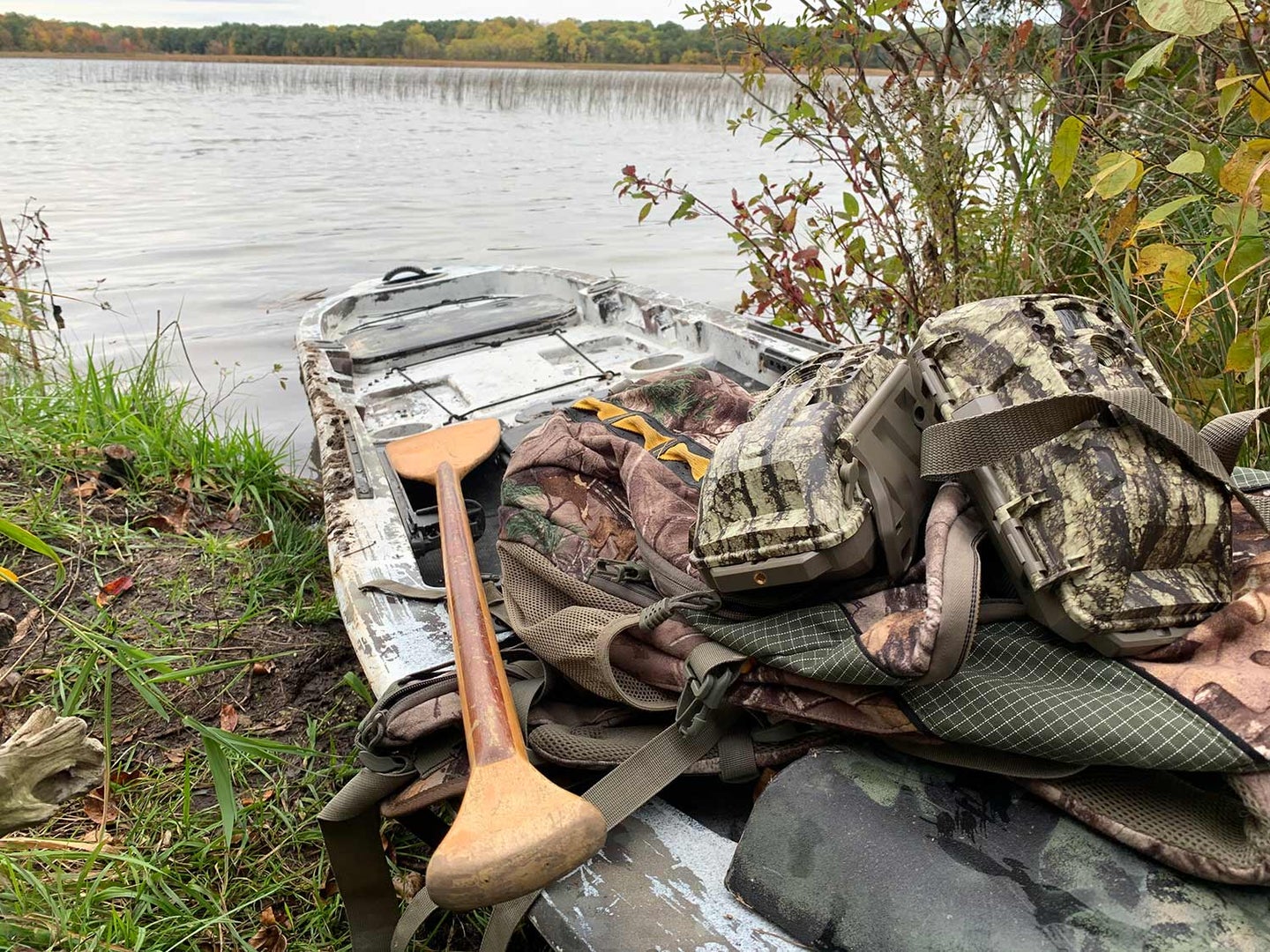 I’ve used Moultrie’s Mobile system for several seasons and it’s been a game-changer for me. Tony Hansen
SHARE

A single word with a straight-forward definition. The property, the one I had spent all winter, spring and summer thinking about, planning for, scheming over…has been sold.

Suddenly, my deer season isn’t just up in the air. It’s on the verge of complete collapse.

It’s mid-October. The rut is just days away. It’s that point in the season where things should be falling into place, all the clues, the encounters, the pieces. The game should be getting to that special point of interest. Instead, I’m looking for a place — any place — to play.

I wish this was a fictional anecdote. A method of “what-if” designed to help those in similar unfortunate circumstances to save their deer season. But it’s not fictitious. It’s real. And the season that needs saving is mine.

All of my preseason planning and prep work mean nothing now. The property I’d lined up to hunt was sold, the new owners are diehard deer hunters and (understandably so) aren’t interested in sharing the area.

An audible is in order. Like just about everyone reading this, time is an asset I simply don’t have much of. Weekends are my primary hunting opportunities along with an occasional vacation day or two. To compound matters, I live in an area with heavy hunting pressure and limited areas of access. I can get permission on some private ground but that certainly doesn’t mean I’ll be hunting an undisturbed area. Public land isn’t exactly scarce but it, too, sees plenty of hunting pressure and finding an area with patternable deer, let alone an older buck is difficult indeed. And, of course, I have almost no time to get it done. Efficiency is critical. Fortunately, this situation isn’t completely foreign to me. I try to hunt several states each year and I’m usually hunting public land. These outings are done over long weekends or a single week of vacation time. Over the past few years, I’ve relied more and more on trail cameras that can send images to my phone or email. These tools have changed the way I approach long-distance scouting and will be key to saving my season this year.

Cellular-equipped trail cameras may not be the most important piece of gear I own, but I’m not sure that they aren’t. I do know I would have a much harder time making something of this season without them.

Most of the areas I hunt are quite a distance from home during a normal year because I hunt multiple states each year. But, because of losing access to my primary hunting area here at home this season, I’ll be using the cellular cameras here in Michigan to monitor areas that are about two hours from where I live. I’m looking for areas with older deer and a bit less hunting pressure – and it just happens that the only areas I’ve found with that formula are about 100 miles from home.

With such limited time, it would be impossible to monitor traditional trail cameras. There’s simply not enough time to drive back and forth between areas to pull SD cards. And every outing would be a gamble…I’m guessing as to which areas are productive until I’m able to see what the cameras have caught.

I’ve used Moultrie’s Mobile system for several seasons and it’s been a game-changer for me. To save my Michigan season, I’ve got four units running on four different properties. Now, while I work during the week, I’m able to get daily intel from the images those cameras capture. When the weekend rolls around, I’m able to maximize my time by focusing on those areas that are producing the most buck activity.

The cell cameras also allow me to hunt areas that receive heavy hunting pressure in a more productive manner. Dealing with hunting pressure is nothing new for me – or for thousands of other hunters. I’ve learned over that years that the key to finding older bucks in areas of high pressure is to locate those areas of security cover that are somehow overlooked. That’s where those older bucks will be. Of course, if you’re checking cameras every week, those bucks will wise up pretty quickly and that secure honey hole suddenly isn’t. The cell cameras mean I can invade an area once and not have to return to check the cameras. This is critical. If the camera tells me an older buck is using the area, then I’ll head in carrying a stand on my back and hunt with minimal impact. This simply isn’t possible when using a traditional camera because I’d have to enter and exit several times to pull the camera’s cards and monitor the results.

Time-management is always important. Deer season doesn’t last very long. Our schedules never seem to get any more open. Our time in the woods is limited. Time wasted means opportunity lost. That’s compounded for me this season because I not only have limited time, I now have to spend some of that time finding a good area to hunt. There is, literally, no time to waste.

This is where those cell cameras really shine. Yes, they allow me to monitor areas far from home more easily. And, yes, they mean I don’t have to trample through an area to retrieve images from SD cards. Those are both important factors, but the biggest benefit is that of time. I don’t have to drive from spot to spot to collect SD cards. I don’t have to waste a morning or evening sit in an area that deer aren’t using because I haven’t checked a camera.

I’m getting daily updates of what’s happening in the woods, even when I’m a hundred miles way and banging away at a keyboard.

The cell cameras aren’t magic. They won’t turn a poor location into a big buck hotbed. They won’t limit the amount of hunting pressure an area receives and they can’t sprout 140-inch antlers on the top of a yearling buck’s head.

But they will save me time, feed me intel that I wouldn’t be able to get any other way. They give me a chance to be more efficient and more effective. And, right now, I’ll take any legal advantage I can get.