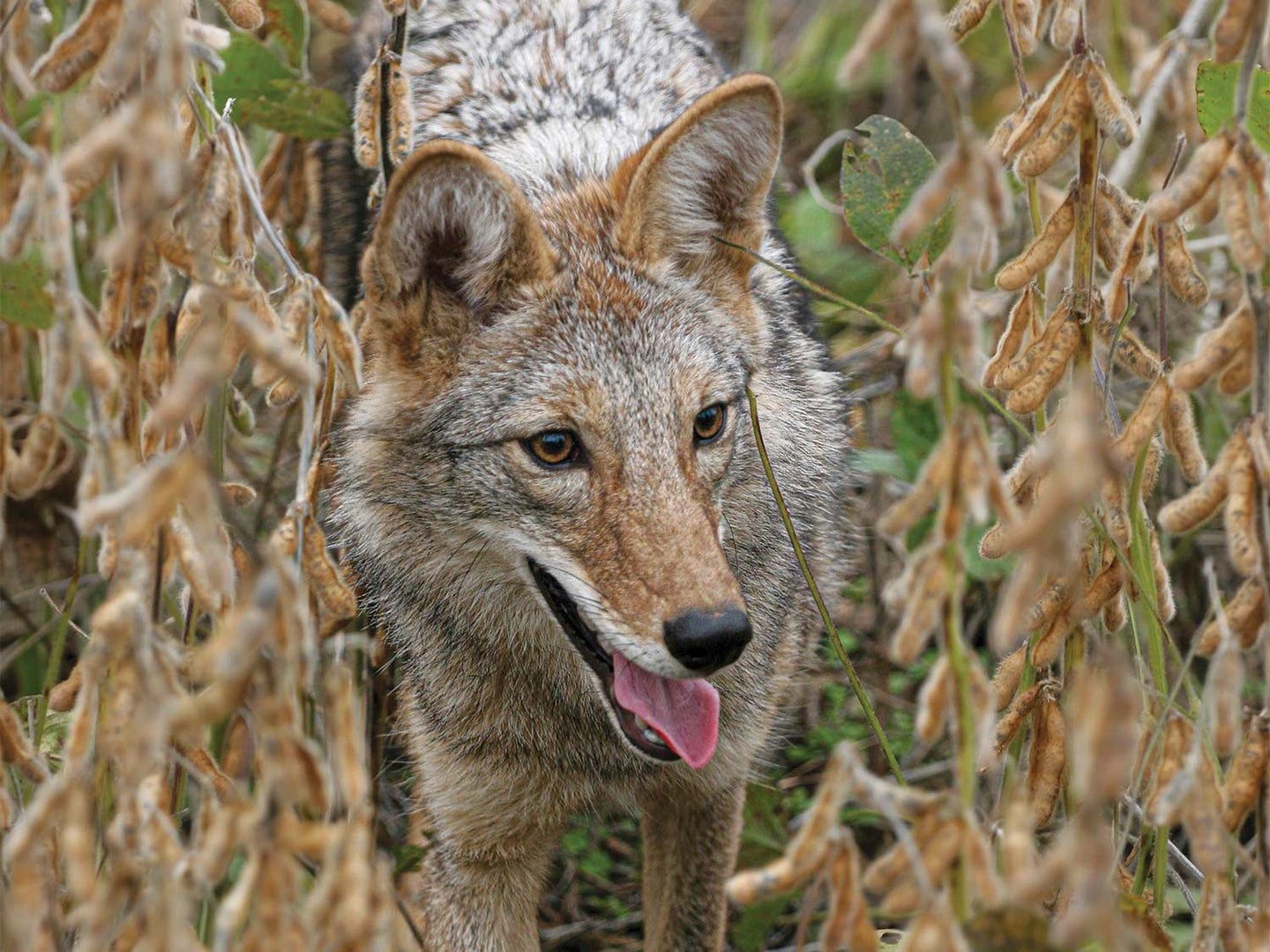 From his home in Scottsbluff, Nebraska, Geoff Nemnich can drive west to Wyoming’s wide-open prairies and badlands in pursuit of coyotes. Or he can turn east and hunt his way down the irrigated farmland of the Platte River. The tactics he deploys in the tighter cover of the Midwest are more nuanced than those he uses on western landscapes, with softer calls, sneakier approaches, and closer attention to wind. But Nemnich, who spends six months a year hunting coyotes and reporting on his experiences on his website, coyotecraze.com, says securing access is where all Midwest predator hunting should start.

Q: How much property is required to hunt coyotes in America’s Corn Belt?

A: It depends on the specific topography and cover, but in general, if you think of a typical deer-hunting spot, that’s nowhere near enough for coyotes. In a lot of places, 50 acres can produce decent deer hunting. For coyotes, you need maybe ten 50-acre lots to have room to work. It is different from deer hunting, when you hope to draw deer to your location through their natural movements or with some attractant. With coyotes, you’re using the entire acreage because you don’t know where the coyotes will come from or where you’ll have to set up for the wind. I can call an entire 50-acre property in about 20 minutes, so you want to have multiple properties to hit in the course of a day, and enough so that you don’t return to them too soon and educate any coyotes you don’t kill.

Q: What cover do you look for?

A: I want to hunt a place with some sort of drainage running through it, whether that’s a little creek or just a low brushy spot between fields. That cover is where coyotes will be in the daytime, when you’re out calling to them. In farm country, where there might be a road on every section line, coyotes have learned to hold tight, especially after crops are harvested. They’ll be bedded up in brush or creekbottoms, or even a brushy fence-line corner or a tree row. Big patches of timber are hard to hunt. You know there are coyotes in there, but there’s no way to predict just where they are.

Q: Does your calling strategy differ on smaller properties?

A: I start with sneaking in to where I’m going to call. Ideally, I want to be within 250 or 300 yards of where the coyote is, which means I have to be very stealthy on my approach. I’ll generally start with a soft vole squeak, just something to get the attention of close-in coyotes. If I don’t get a response, I’ll blow a louder prey distress call. But in January and February, I almost always go to coyote vocalizations, either challenge howls or pup distress whines. My thinking is that coyotes have heard so many rabbit-in-distress calls, they’re wise to them. Plus, it’s starting to be breeding season, and they’re more likely to respond to another coyote. I always have a high-pitched call in my rotation. I don’t know why, but coyotes will respond to that high pitch, even if it’s a prey species that doesn’t naturally exist anywhere around them. I’ve called Iowa coyotes with a desert-cottontail-in-distress call, and I’ve killed coyotes in Georgia playing a snowshoe hare call.

Q: Can you predict where a coyote will show up when it responds to your call?

A: That’s a big part of my setup. I want to be in a spot where I have a shot at a coyote that steps out of cover. A lot of people think a coyote will just run in to the sound of a call, but it’s much more common that they’ll come to the edge of cover, where they think they’re hidden, and then watch. I want to be able to see those edges. If there’s a lot of cover and too many options, then you need a couple of buddies to be on the guns while you do the calling.

Read Next: Coyote Nation: A Crash Course in Coyote Hunting

The Dogg Trap from Primos is a simple, compact speaker system operated by a remote with a 150-yard range. The unit features 10 Randy Anderson sounds and two programmed hunts with various sequences. ($129; primos.com)

This basic unit has a 300-yard remote range and 24 audio files in its library, plus you can add sounds via an SD card. With the remote’s range, you can put the speaker well out of sight of your calling location. ($145; icotec.com)