It’s Likely Going to Be Another Crowded, Pressured Turkey Season. So Quit Whining About It and Find Some New Places to Hunt

There’s still time to avoid the craziness of a crowded turkey woods, but it’s going to take some legwork 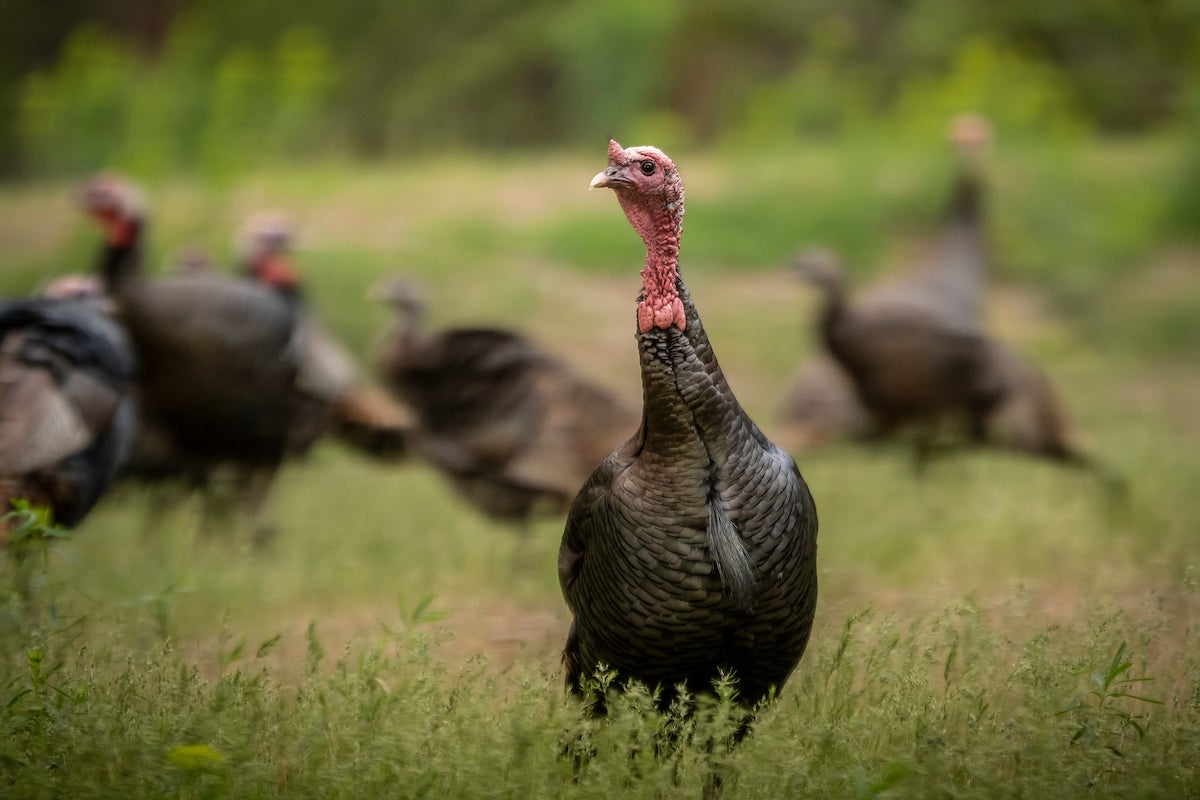 Your turkey spots are going to be crowded this spring. Don't let that stop you. John Hafner
SHARE

Last year I was caught off guard by how many other hunters I encountered at my usual turkey hunting spots. Coronavirus lockdowns lead to increased turkey hunting participation in states all around the country, but also more hikers, mushroom hunters, and anglers. While I personally and professionally love to see more folks getting outside, I know that it also means there will be a whole bunch more people out there who could accidentally mess up my morning turkey hunt.

It’s too early to compile complete turkey license sales data, but anecdotally I can say that in Wisconsin (where I do most of my turkey hunting) tags are already almost sold out in all but two zones. I can’t remember a recent season when tags went so quickly. So this year, I’m not going to be surprised by the crowds in the woods—and you shouldn’t be either.

I mostly hunt public land, but I don’t like competing with other hunters for turkeys. Besides the safety aspect, turkeys that are pressured are way harder to kill. The research on this is pretty concrete: highly pressured toms are less likely to gobble. Hunting silent turkeys is just not that fun to me. So in these next three weeks before the season starts, I’m working hard to find public and private land that I think will see fewer hunters and hold more birds. The real key here is to create a lot of options. I can’t fully predict where other hunters are going to be, and I can’t predict where the birds are going to be, either (more on this later). So the plan is to identify as many promising properties as possible and then start narrowing them down during the season. That way if I pull up to a prime spot and find it’s already crowded with hunters, I can just roll to the next one. No blood-vessel popping frustration needed. Here’s how it works.

Come Down Off the Public-Land High Horse

I get it bro, we’re all public landowners. I’ve got a #keepitpublic t-shirt too. Last spring I killed four turkeys on public ground, but man did I have to work hard to scratch them out. I hunted a lot, including during weekdays, and not everyone has that option. If you don’t have the whole spring to grind away on public-land birds, or if you’ve been let down by your regular public spots (which were likely crawling with people last year), then you need to start locking down some private land hunting access.

This is not nearly as difficult as you might think. Last week a turkey-freak buddy of mine sent me a screen shot of a map that was all marked up will yellow-highlighted property boundaries. “I’ve been mapping Wisco and MN hard,” his message said. “I’ve got 6 properties now.”

My buddy had been driving around talking to landowners. He wasn’t paying them anything, just dropping by to shoot the breeze and to ask about getting permission to hunt. He said about half the people he talked to gave him permission. This past weekend I was out looking at some public land and passed a promising farm. Inspired by my buddy’s map, I stopped in and met a nice old farmer named Ed. He said he would check with his nephew (who hunts the farm) but was almost certain I could hunt later in the season after his nephew was done. He mentioned that he’s got few other properties to the south I could also hunt—600 acres in total. And, “ya, we got flocks and flocks of turkeys.”

With one stop I’d potentially unlocked 600 acres of prime ground. Not bad for a 10-minute conversation. More than anything, farmers don’t want to deal with B.S., especially from an out-of-towner. So just be nice, straightforward, and earnest. Show up during the middle of the day when they might be out working in the yard (not when they’re sitting down for dinner).

I focus on the mid-sized properties with a good mix of woods and cropland. It seems these mid-sized properties are often still family farms with owners who understand and respect hunting. Many will have family members who hunt, but most of the time they’ll hunt opening weekend and then move on with their spring. I’m more than happy to come in after their hunt is over and the farmers are often happy to have another gobbler plucked off their property.

Once you get permission on private land, don’t get too focused on it. Just because it’s private doesn’t guarantee it will hold easy turkeys. Scout it and hunt it carefully. And, if it’s not working out the way you hoped, just move on to the next spot.

There Are No Secret Spots

I used to believe in the holy grail: a little chunk of public land that was full of turkeys, but no other hunter knew about or would dare venture to. After last season, I am not so sure. With the rise and increased capabilities of mapping apps like HuntStand and onX, it’s easy for anyone to identify all different categories of public land. And no matter how dedicated and determined a turkey hunter you are, there’s going to be someone out there who’s just as motivated. The hardest of hardcore public hunters have always hiked in a mile from the parking lot, paddled into their spot with a canoe, or slogged through a marsh.

So don’t bet all your tags on one single, perfect gem of a spot. Index a bunch of them. Also understand that finding turkeys now—in March before most seasons open—is cool, but it doesn’t guarantee birds will be in those same locations in May. In the upper Midwest, turkeys are still in winter flocks right now. As spring progresses, they’ll break up and spread out. Hunting pressure will change up their patterns and roost sites even more. So scout for spots where you expect turkeys to be during the season, not necessarily where they are right now.

Turkey hunting is not a zero-sum game. In most states there are plenty of birds on the landscape and if you work at it, there’s plenty of ground to hunt. So do all the preparation you can now to avoid other hunters, but know that you’re probably still going to bump into some folks, and that’s OK. Instead of getting quietly angry at that other hunter in the parking lot…try talking to him or her. Tell them where you’re planning to go and see if they’ll tell you where they’re planning to hunt. If it turns out that you’re trying to hunt the same roosted birds, it probably makes more sense for you to go somewhere else. Or, you both could sit together. Either of these options is better than competing against each other for the same tom. And who knows, two toms could strut in together.

Most serious turkey hunters are in it for the hunt itself, not the kill. We want to hear gobbling on the roost, we want to call a bird into shotgun range, and yeah, we want to shoot the bird. But as for who actually pulls the trigger, that’s almost inconsequential. I’d rather be in on a good hunt and watch someone else shoot a turkey than get in a calling competition and watch a tom walk off. If you feel the same way, well, then we can hunt together anytime.