The simplest hunt this summer is with a frog-impaling fork 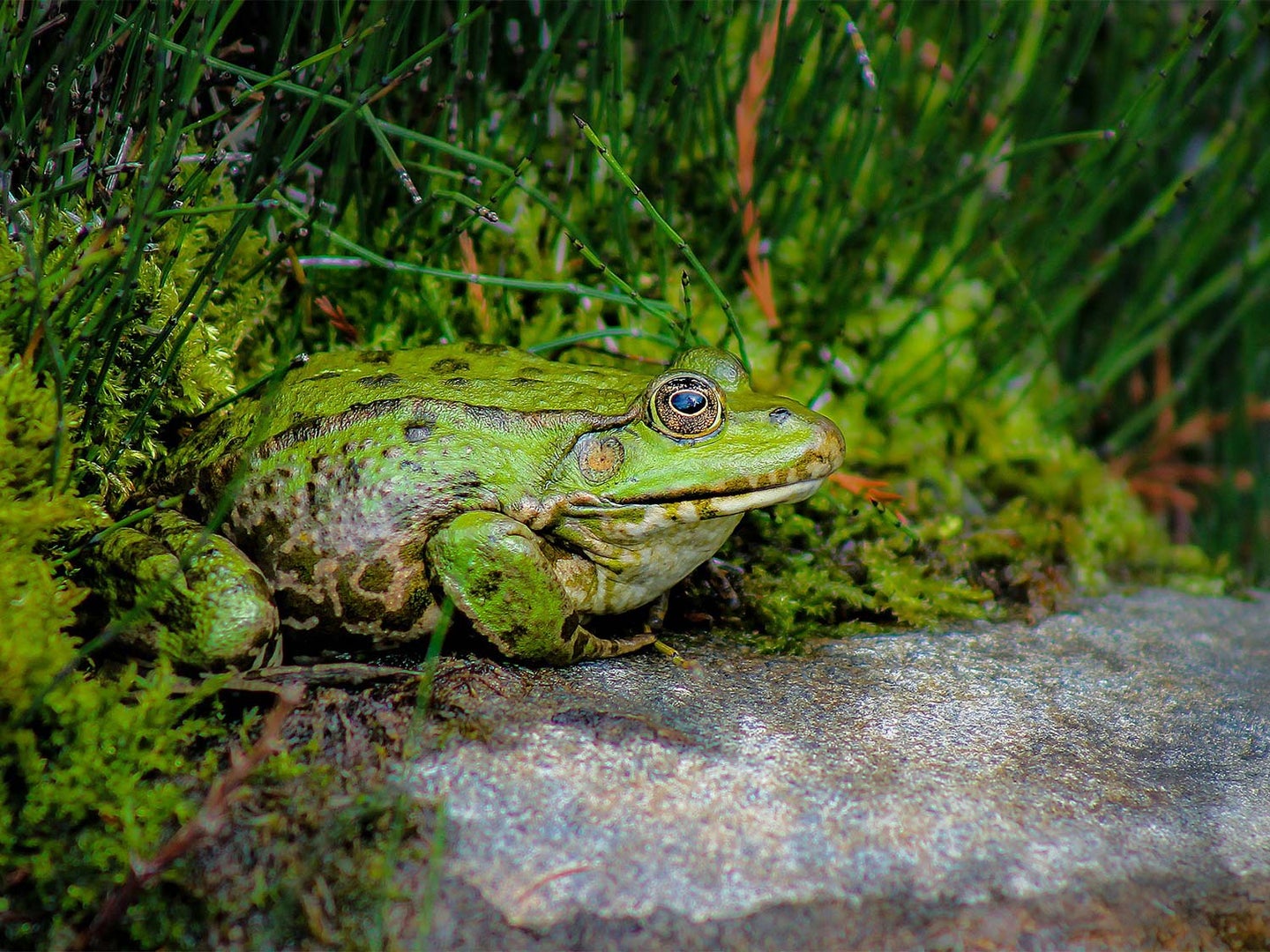 It couldn’t be a frog. The eyes were spaced too wide. But as I edged closer, the headlamp illuminated a bullfrog that looked as big as a rabbit. It squatted on a thin bank surrounded by brush and across a deep hole of water.

There was only one way to get him.

Sulfurous smells of what the swamp had been digesting for millennia met my nose as I waded in. Two steps later, my rubber boots were compromised. Soon, I was waist-deep in black water as mosquitoes and other night bugs swarmed despite a copious slathering of DEET.

My buddy held the frog, seemingly hypnotized, in the beam of his headlamp while I slogged through the boot-sucking mire to within striking range of my target.

After positioning it to get behind the frog, the five-pronged gig hovered just below the broad, batrachian head. Summoning the spear-chucking form humans have been practicing since, well, we became human, I drove the gig deep into the bank where the frog had been just milliseconds before.

Frog gigging is cheap, hot, muddy fun with a tasty payoff. But frog gigging ain’t always easy. Luckily, we already had a sackful of croakers, thanks to partners with better hand-eye coordination. And we did it with minimum equipment or planning.

Some components of a frog hunt, like a dark, humid night and stagnant, primordial frog water, are abundant and free. The rest — rubber boots (often pointless, as demonstrated) or old sneakers; a bright, hands-free headlamp; and a gig — you already own or are easy to come by.

A gigger’s favored target is the bullfrog, with its meaty and delicious hind legs. Bullfrogs frequent nearly every body of still or slower-moving water in the nation, except in the Rocky Mountain states.

Read Next: A Beginner’s Guide to Gigging Frogs

Find frogs by scanning the shoreline for glowing eyes (note: Snakes and alligators also own reflective eyeballs). After spotting a target, keep the light trained on its eyes, which serves to effectively blind and confuse the amphibian. Gain a position behind the frog and have your gig ready in the javelin-throwing position. Ease the points within 6 inches and just below the frog’s head. Then jab quickly and follow through, driving the gig through the frog and into the mud to ensure penetration and impalation as it thrashes around. Remove the frog from the tines (for mercy’s sake, knock it in the head if you need to) and place it in a potato or mesh sack, or clip it to a fish stringer.

Once home, remove the legs at the hips and clip off the feet; skin; dip in egg; dredge in seasoned flour; deep-fry; repeat; and eat. After second helpings and a cold beer or three while your socks dry, you’ll be planning your next frog hunt.