81 hunters collected 6,245 pounds of pig during a tournament for invasive feral hogs 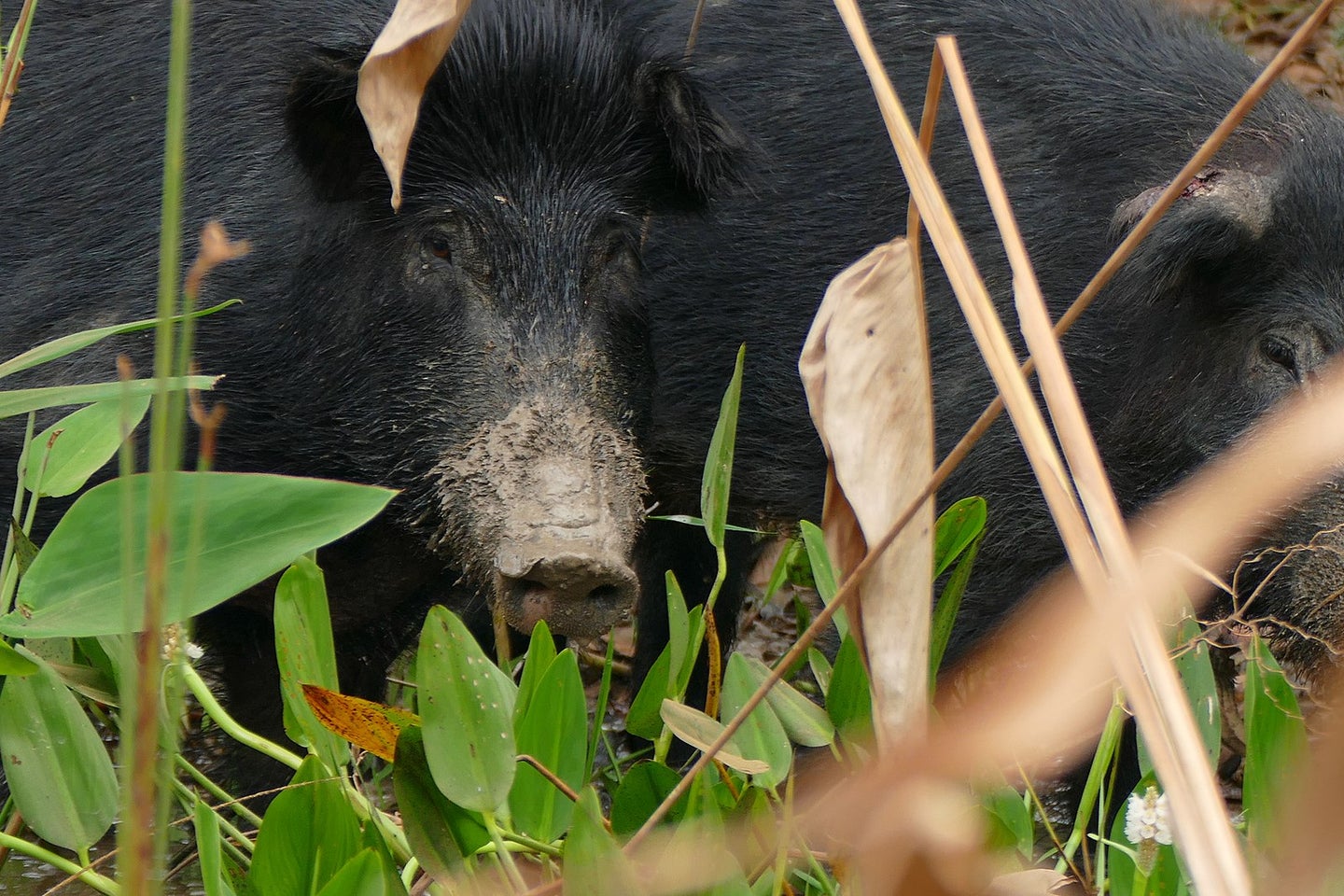 Southeast Georgia’s coastal lowlands are a haven for wild hogs – those big and nasty invasive critters that damage farm crops, uproot rural roads, and displace native wildlife. They’re considered an overpopulated nuisance critter, so they can be hunted and trapped year-round.

That’s why the Wayne County Tourism Board (headquartered in Jessup) decided to have an annual “Hog Jam,” offering cash and prizes to hunters who come to the area and dispatch as many wild hogs as possible.

Wayne County borders the broad Altamaha River with lowland swamps, marshes, and hardwoods that are all jammed with feral swine.

This year’s “Hog Jam” was hosted in February and registered 81 hunters (including 13 Wounded Warriors). They tallied an incredible 6,245-pounds of wild hogs. Prizes of $5,000 were split between bow and gun hunters for the heaviest pig each day, plus cash for the heaviest three-pig tally. There were also special prizes given to youth and female hunters, and hunters tapping public WMAs.

Top prize winners of $1,000 (each) went to Preston Lowe with a three-hog tally weighing 617 pounds, and bowhunter Rex Johnson weighing in three pigs at 507 pounds total.

Gun hunter Justin Griffe scored the heaviest hog, a 276-pounder. Bowhunter Rex Johnson collected a 194-pounder. In the youth division, best pig was Dylan Lester’s 135-pounder. Christopher Mansfield won $250 for best hog taken from public ground, a 133-pounder from Griffin Ridge WMA. And Miki Thomaston collected $250 for weighing in the heaviest hog downed by a female hunter with a 180-pounder.

READ NEXT: 4 Lessons We Learned on a DIY Hog Hunt

In the Wounded Warrior division, Derrick Morris of North Carolina took the heaviest hog at 129 pounds, plus the best 3-pig aggregate at 246 pounds and won $750.

While the Wayne County Hog Jam is mostly a local event, there were hunters participating from as far away as Germany. Word has certainly gotten out about the area’s booming swine population. Next up for Wayne County Tourism? It’s the annual “Catfish Tournament”, held in June in the fish-filled Altamaha River, with huge invasive flathead catfish being the prized targets.