Is Handloading Rifle Ammunition Really Worth It?

Factory loads are convenient, but you will learn more about rifle accuracy from handloads 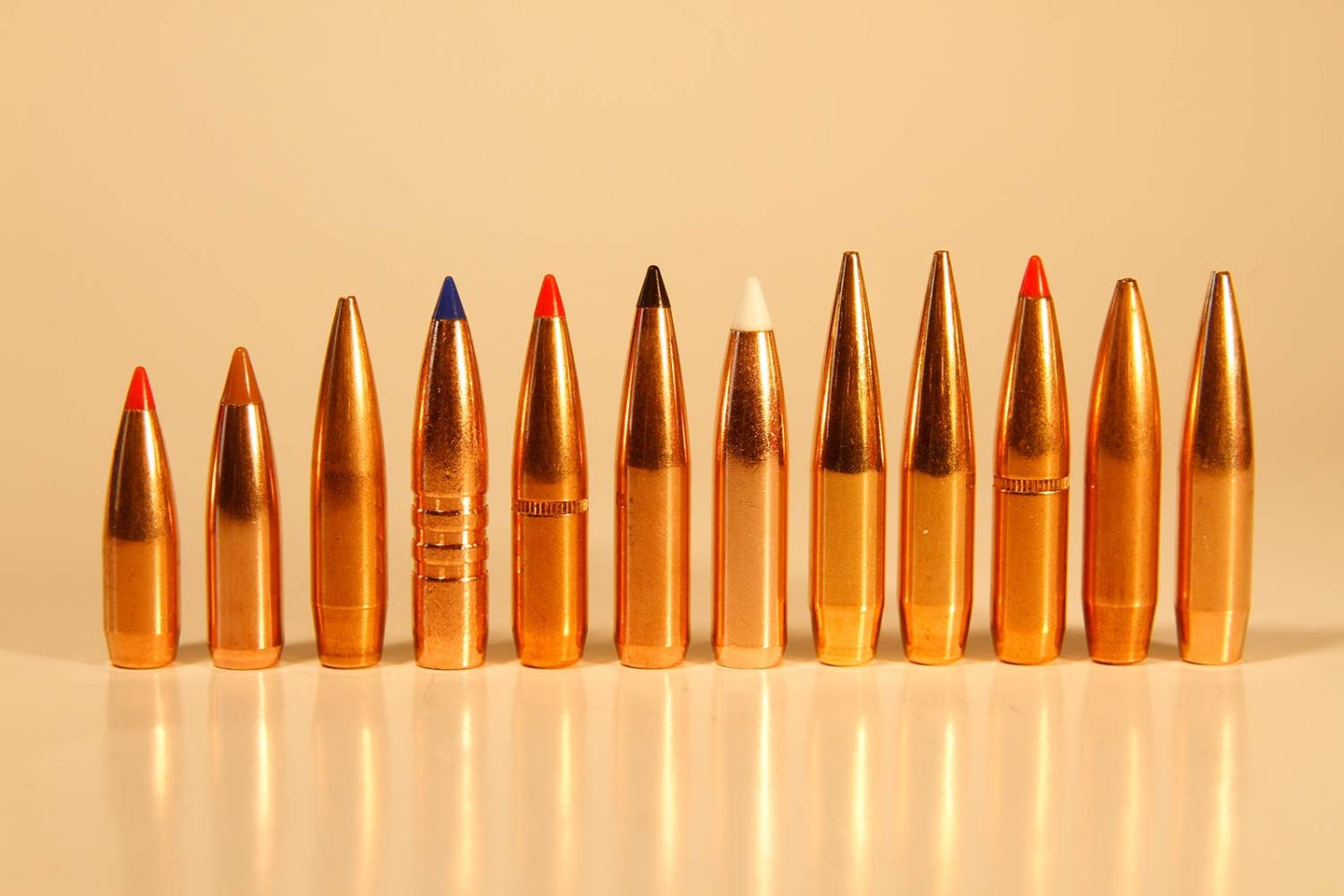 You will learn more, and become a better rifle shot, from handloading your own ammo. Ron Spomer
SHARE

At some point every shooter toys with the notion of handloading his or her own ammunition. Saves money! More accuracy! Faster than factory rounds! Better bullets! Well, there are some real truths about “rolling your own ammo” you might not be aware of.

Handloading rifle ammunition is a bit like building your own arrows or tying your own flies. Yes, you can save money if you disregard the time investment it takes. And you can make a better custom product. But the biggest benefit may be the satisfaction and pride in doing it yourself. Taking a good buck, bull, or bear is quite an accomplishment. Taking it with a cartridge you carefully crafted — priceless.

Much the same can be said about target shooting. If you just want to pull triggers and send chunks of metal downrange, those bargain basement Brand X cheapie loads will suffice. But if you want to shoot purposefully and precisely, you’ll punch tighter groups with carefully-constructed cartridges tailored to your rifle.

So do I recommend handloading? You bet I do! But only for folks who like to work with their hands and have the free time to do it. Handloading is for individuals who can maintain records and order, are careful, and patient. Handloading is neither difficult nor dangerous, but it’s not for the sloppy, lackadaisical, or flippant. You have to take this job seriously. Do that and the rewards are satisfying.

Does it Cost Less?

It’s difficult to put a standard cost savings on handloading because different cartridges bring differing values, but, on average, you should cut costs in half. For instance, some factory-loaded big bore rounds sell for as much as $10 per cartridge, ostensibly because they require big bullets and double handfuls of powder. But they use the same inexpensive primer as regular rounds. And if you’re recycling the brass, you only have to buy it once for four to as many as 10 reloads, depending on how “hot” you load.

Bullet, primer, and powder prices fluctuate, too, so they’re hard to nail down. Still, it’s safe to assume that their cost is reflected in factory loads, too. This means your savings come from the time you dedicate to building the loads and how many times you reload each case. You can buy factory-new brass, but this makes handloads only marginally less expensive than factory loads. And if you buy factory ammo featuring “cheap” bullets for plinking, you can sometimes even beat the price of “first run” handloads. But after your second loading you’re already beating factory ammo prices. And by the third or fourth reload, you’ve got the price cut in half. IF you can squeeze eight or 10 reloads out of each case, you might realize 75 percent savings.

Yes, handloaders can build more accurate ammo than factory loads. How? By tailor-fitting to their particular rifles. Factory ammo must be built to universal standards to fit every rifle. Yet every rifle and bullet/load shoots its best with just the right combination of primer, powder, bullet, and bullet seating depth. Of these, the latter is often the most important. Seat a bullet a fraction of an inch deeper or longer and group size might shrink dramatically. Sizing cases to your rifle, weighing and segregating, neck turning, and other “tricks of the trade” also aid accuracy.

You can SAFELY build reloads that drive bullets faster than many factory loads. One reason is that factories often download slightly from advertised velocities just to be on the safe side. Another reason is because many specific cartridges such as the 7×57 Mauser and .45/70 Springfield, to name a couple, must be “throttled back” to be safe in any ancient rifles that might have been built before modern steels became available.

There’s also the issue of SAAMI specs on chamber pressures. Factories must adhere to these because they were established when the cartridges were first registered. The .284 Winchester, for instance, is rated for 56,000 psi, probably because it was first built for autoloading and lever-action rifles. But the .284′s offspring, the 6.5-284 Norma, is allowed 58,000 psi while the similar 6.5 PRC has been set at 65,000 psi. With fully modern cases in strong, modern rifles, chamber pressures can often be increased safely. In fact, many European factory loads are built to higher pressures than American loads in the same cartridges.

But, the problem with raising pressures is that some hot-rodder is always overly eager to push the envelope and endanger his fingers, eyes, and possibly life. You must follow published handloading recipes and pay close attention to all pressure signs as described in handloading guides. Always follow reloading manual recipes and directions for observing pressure signs. And consult with a certified gunsmith about the strength of any rifle action.

What if you have a rifle chambered for 6mm Remington, 6.5 Rem. Mag., .358 Winchester or any other excellent but unpopular round for which factory ammo selection is skimpy to dismal? No problem. Buy the appropriate die set and load all you want. Handloading can make the .264 Win. Mag. and .300 Savage sing.

Crazier yet, let’s say you got a steal on a used M70 rifle chambered for the weird 6.5mm-06 Ackley Improved, a wildcat for which NO factory loads are made. Again, order the dies and start handloading because you’ve got a 6.5mm that leaves the Creedmoor in the dust.

Similarly, let’s say you want to shoot some of the new, long, high B.C. .277 bullets in your .270 Winchester. So you buy a new 1:8 twist barrel — but can’t find factory loads with bullets heavier than 150 grains. No problem. Your standard .270 Win. loading dies will help you build deadly accurate, wind defying loads around the new high B.C. bullets.

This option is probably not as attractive as more speed, but may be more useful. Download cartridges to reduce recoil for practice, training a new shooter, or taking small game. There are recipes for .308 Win. loads that push 100-grain plinking bullets as slow as 1,570 fps. Ditto .270 Win., etc. You could hunt cottontails with your deer rifle.

Perhaps the least discussed advantage in loading your own rifle ammo is becoming a better shooter. This happens because your ammo is less expensive, so you can shoot more without going broke. But there’s also the incentive to shoot more just to see what your magic concoctions can do. You’ll experiment with lighter bullets, heavier bullets, sleeker bullets. You’ll learn about the relationships between mass and form factor, drop and drift, muzzle velocity, and retained energy far downrange. You’ll discover how subtle changes in powder charges can improve accuracy. In short, you’ll become a student of the rifle and ballistics, the guy all your friends come to for advice.

Alas, none of this handloading magic happens until after you’ve bought your tools! You don’t just shove powder and bullets into cases by hand. You’ll need:

Press: This is the heavy-duty device that does the pushing and pulling required to resize cases and seat bullets. Presses come as single-stage or multi-stage (turret.) The former works one cartridge at a time. The latter works on several at once. Most hunters and casual target shooters find single-stage presses more than adequate. High-volume target shooters benefit from turret presses.

Press prices vary mainly by strength, stiffness, and durability. Fairly light presses can load adequate rounds, but heavier, stronger ones should deliver finer precision, meaning straight-line operation without slop or wobble for creating perfectly straight, precision cartridges. Figure to spend from $50 to $150 for a light press to as much as $600 for a top-line model. Presses in the $200 to $300 range are usually your best buy.

Dies: These are steel “chambers” into which fired cartridges are pushed to squeeze them back to proper size and seat new bullets. Depending on the cartridge you’re loading, your die set will include two or three dies, the set costing about $30 to $150. Each cartridge requires its specific die set, so figure on one for your .223 Rem., one for your 6.5 Creedmoor, one for your .300 RUM, etc. The good news here is that these will suffice to load anyone’s ammo of the same type. You and 14 buddies could share the cost of the press and Creedmoor dies and all of you use them to load.

And there’s more good news. You can buy dies to load just about anything. Even your great grandpa’s .25/20 Winchester, your grandpa’s 6mm Remington, or that .458 Winchester Magnum you won at the Rocky Mountain Elk Foundation banquet. Again, share with a buddy or two the costs of a press, powder measure, trimmer, and other tools. Your only individual expenses will be for your particular dies and then components: primers, powder, and bullets.

A scale is essential for measuring precise doses of powder. Mechanical balance scales are perfectly adequate and reliable, but battery-powered digital models are also available. There are even fairly expensive automatic dispensers that cost up to $800.

Caliper and Other Important Tools

Other tools you’ll need or probably want for making your job easier include a powder dispenser, various shell holders, case tumbler/polisher, case lube, priming tool, shell holder trays, powder funnel, case trimmer, chamfer and deburring tool, and one or two reloading manuals (complete instructions and thousands of recipes. In fact, buy one of these first and study it so you’ll have a better grasp of what’s coming.)

Ala Carte or a Kit?

You can buy your tools one at a time or get a basic, single-stage press kit with everything you need to get started except your die set, primers, powder, and bullets for roughly $150 to $450. All of this sounds confusing at first, but once you start using it the process and results come quickly and easily. My brother and I started reloading centerfire rifle and handgun cartridges as teens with no adult instruction or supervision…and still have all our fingers.

Once you’ve set up to handload, stock up on basic components. Then, when the next round of ammunition panic buying and price hikes hit, sit back and smile.