Outdoor lights for all your nighttime needs

From chopping wood to playing poker after dark, we have you covered. 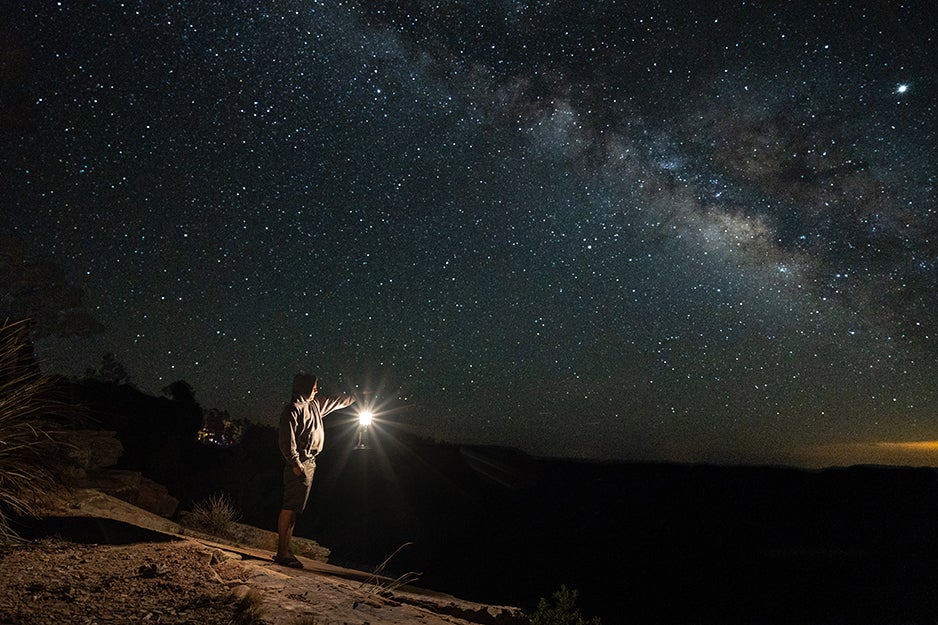 Not all nighttime situations are created equal, and not all require the same illumination. If you’re riding your bike home from work at night, you need one type, if you’re playing games in a tent, you need another. You may end up buying all four of these lights, and you likely won’t regret it. And even if you already have a favorite headlamp, check out this list to see if you also may need that lantern or flashlight, too.

From packing down a trail in the dark to field dressing at dusk, this headlamp will take care of you when the sun finally sets. Its many perks include instant transitioning between full and dimmed power and the ability to remember your brightness setting to avoid cycling through multiple ones each time you power on. The headlamp offers full strength in two distances, plus dimming and strobe abilities, and red night-vision. It’s also waterproof to a little more than 1 meter for up to 30 minutes, so don’t panic if it starts to rain.

Go light and stay in the light. Amazon

For less than 9 ounces, this lantern has 225 lumens and will charge your smart phone in about 3.5 hours. It has folding legs, so packs up tight to fit in small spaces. Use this for anything from games in a tent to a little more light during dinner. It also has a hook to hang from the inside of a tent or a nearby branch. Never be caught in the backcountry in the dark.

Why settle for just a light? Amazon

If it looks like it’s from the future, it’s because it works a bit like it is. This light might cost more than your average camping lantern, but your average camping lantern probably doesn’t also charge phones and tablets, recharge with the sun, and run for up to 48 hours. If it’s cloudy, don’t worry, you can recharge it with a built-in hand crank. And it only weighs a hair over a pound.

For when you need a dependable light. Amazon

Yes, this is a lot of money for a flashlight, but consider the specs on this one. It runs for 50,000 hours—that’s more than 5.5 years of being on 24 hours a day. The lithium ion battery can be recharged up to 1,000 times—and it only takes 3 hours to recharge it. If you can’t recharge, it will run for 60 hours on AAA batteries included with the flashlight. Why not make the next flashlight you buy the last one you’ll need to buy?