Is it time to ditch your pop-up? 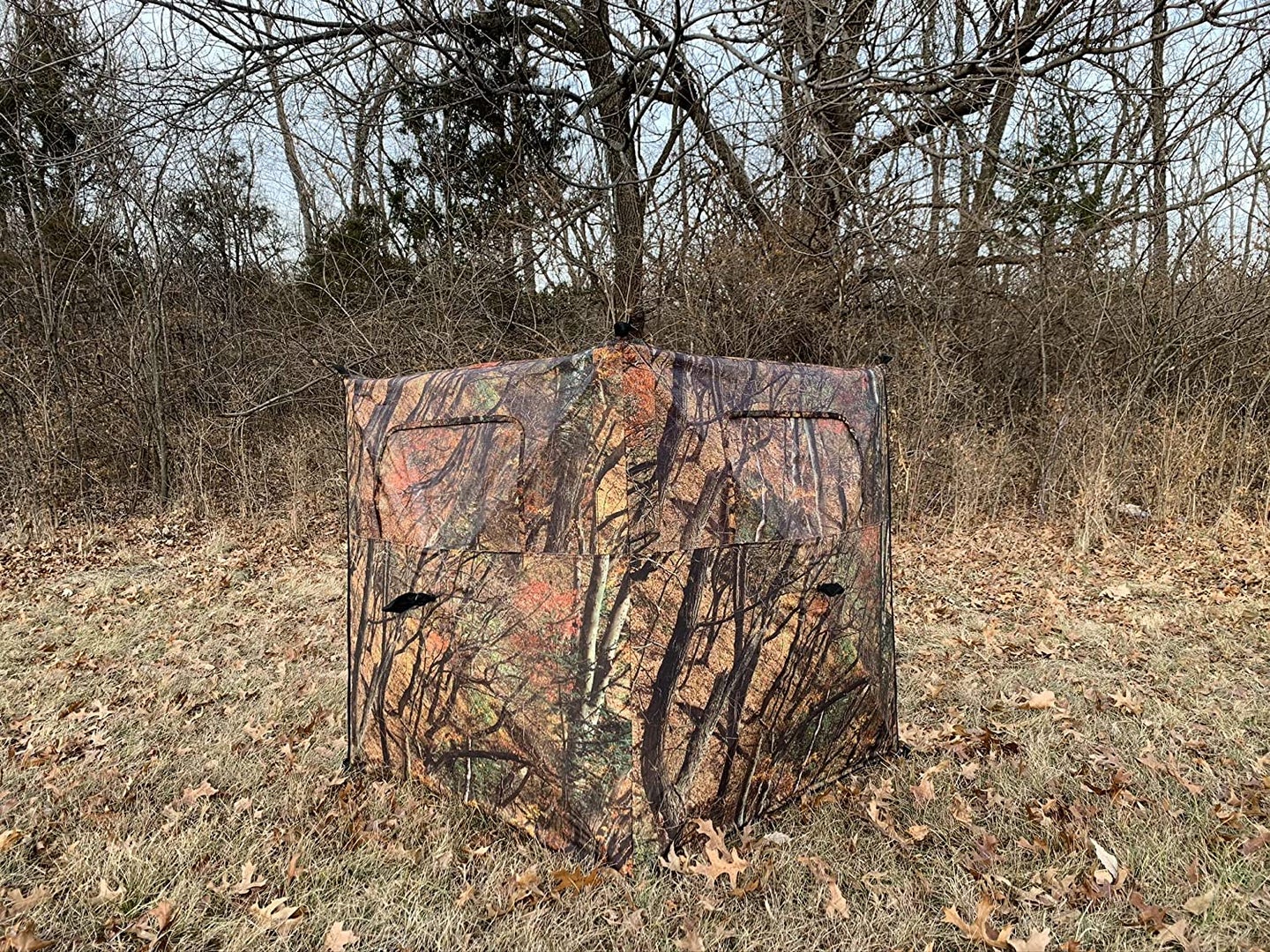 Don’t get us wrong, pop-up blinds are great. They afford plenty of cover to tag even the weariest of critters. But if you want to be aggressive and stay on the move—in hopes of, say, running-and-gunning a gobbler—you’d be wise to opt for something more portable. We’ve rounded up four ground blind alternatives, including one particularly clever mirror setup that is easy to carry.

This Hunters Specialties model is a basic ground blind, the sort that legions of turkey and deer hunters have come to rely on. Patterned in Realtree Xtra camo, the three-pole setup quickly and easily stakes into the ground. At 8 feet wide and an adjustable 18 to 27 inches tall, it should afford plenty of cover in most hunting situations. Sure, it’s nothing fancy, but it’s among the cheapest options on our list.

On the opposite end of the price spectrum from the Hunters Specialties ground blind is the 12-pound GhostBlind 4-Panel, a portable, hyper-realistic, four-panel mirror blind. That’s right—it’s a mirror. As such, it’s designed to tilt slightly forward, to reflect the ground and perfectly blend in, while also eliminating sun glare and ensuring that game doesn’t see its reflection. The blind is dang clever, but it will cost you, though. It’s easily the most expensive option on our list.

Maybe it’s just us, but four-walled pop-up ground blinds are never quite as easy to set up or as portable as they promise. The Alpha Cam Two-Panel One-Way-See-Through Blind strikes a good balance between such blinds and pole-and-fabric setups, like the Hunters Specialties Ground Blind. It has two panels, with one-way shooting windows that provide good cover without much bulk. To wit, it weighs only 3.9 pounds and collapses down to smaller than a camping chair, so it’s easy to schlep around the woods.

If you really can’t find a portable ground blind that you like, maybe it’s time to go full ghillie suit, or at least something similar to one. Patterned in Realtree Max 4, the Ameristep 3D Leafy Poncho weighs 1.45 pounds, thus adding almost no weight to your pack. In fairness, it’s more like a ghillie Snuggie than a ghillie suit, since it’s designed to be pulled over your head once you’re seated and since it lacks distinct armholes. Still, it’ll do wonders to break up your silhouette.