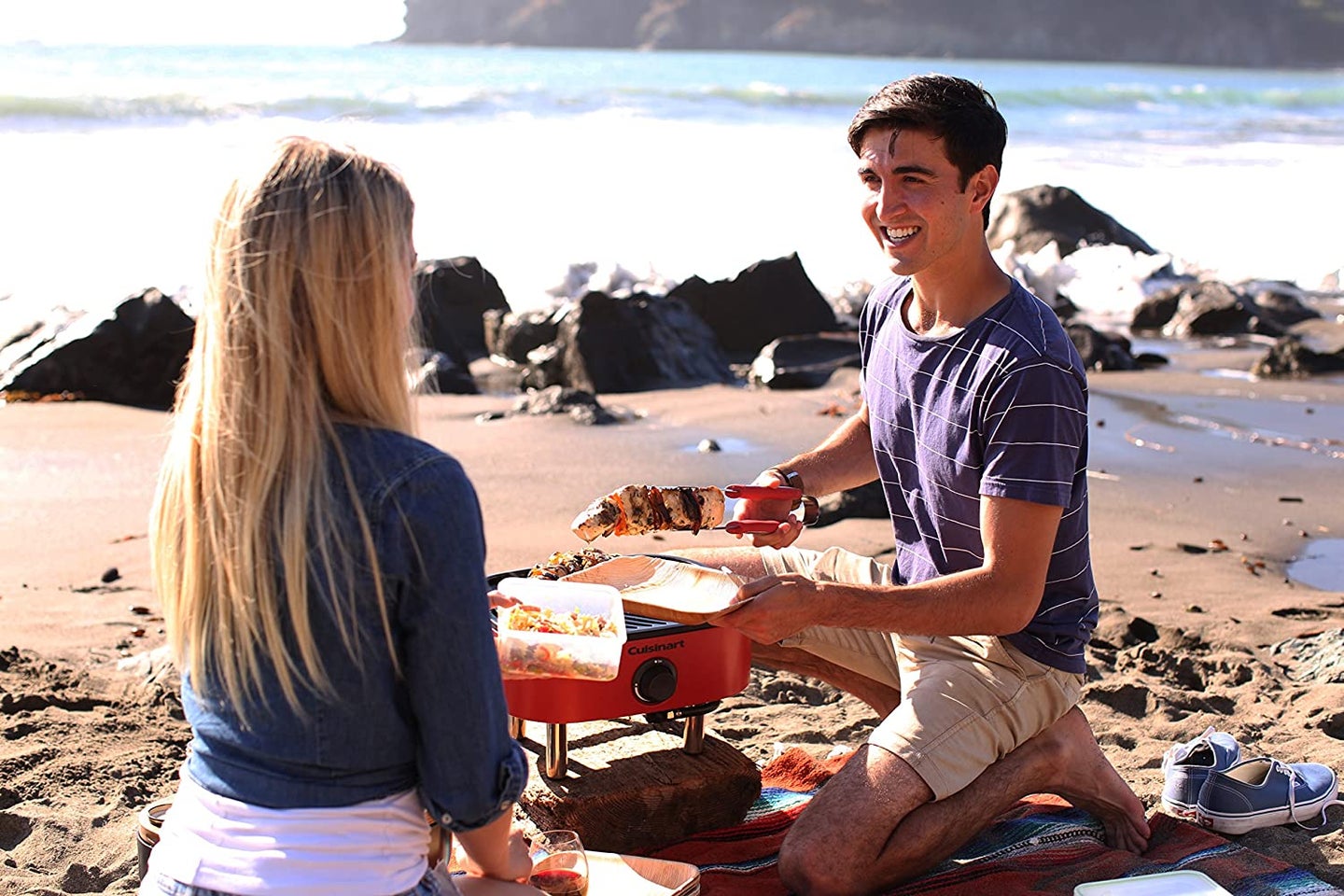 Truck camping rules. Sure, roughing it in the backcountry is megafun from time to time. But it’s hard to hate the luxury of having a vehicle at base camp—in large part because you can load in cooking gear and enjoy tasty meals while outdoors. Camping grills, as opposed to stoves or burners, are especially nice to have, since you can cook directly on them without pots or pans. We’ve rounded up four top models for your next big weekend in the woods.

This 8-pound affordable propane grill puts out 6,000 BTUs of heat across a 105-square-inch grilling surface. The grill’s design is straightforward and unfussy, and, since it’s a Coleman, you basically know what you’re getting in terms of quality. Online reviews have pointed out that the closing latch tends to be a bit flimsy, but one Amazon user has found an easy DIY fix to solve the problem.

The cooking-appliance brand Cuisinart got its start manufacturing food processors back in the 1970s. Over the past few years, it’s ventured into the outdoor space with grills, including CGG-750. The 20-pound cooker includes a built-in propane-tank storage area for easy transport, while the lid and base double as a chopping board, which will prove handy if your campsite lacks a table or flat surface.

This Cuisinart tabletop model has a 12.2-by-18-by-12 cooking surface, which is larger than that of either the Coleman Fold N Go or the Cuisinart CGG-750. At that size, the CGG-180T can handle about eight venison steaks and about as many pheasant or turkey breasts, making it a better option if you plan on camping with a group. Even with its larger size, the grill is still relatively affordable, but, as with any budget grill, you’ll need to treat it with relative care, to ensure that it holds up from season to season.

The 15-pound SOL-EV17A will set you back more than the other options on this list. For the cash, though, you get an extra-well-built infrared grill, with 140 square inches of cooking space and 14,000 BTUs of infrared heat. Barbecue nerds of the world swear that infrared grills result in better-cooked meat, since the cookers’ radiant heat helps proteins retain moisture. So, if you want to dine like a king in camp, cease your grill search with the SOL-EV17A.