It may be time to swap your conventional tent for a conical one. 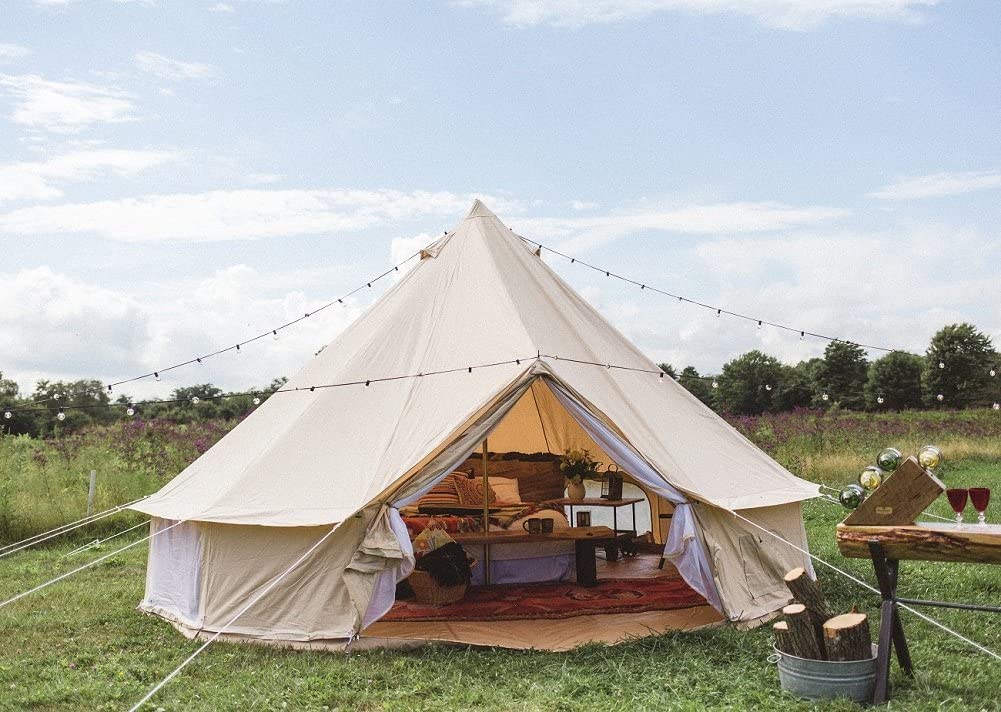 The native peoples of the North American Plains were onto something when they adopted these conical structures as their year-round dwellings sometime in the 17th century. The shelters, for starters, are a cinch to disable and transport. That’s in part why, all these years later, they remain a solid choice when camping in the backcountry. We’ve rounded up four top-rated models, from super lightweight to massive in size.

The Wenzel Shenanigan’s chief appeal is the price: it’s the cheapest teepee option on our list by a significant margin. Still, it has received overwhelmingly positive feedback from users, who praise it for easy set-up and for its overall quality—especially given its affordable price tag. The well-vented beginner teepee isn’t exactly lightweight, at 10.63 pounds but, with an 11.5-by-10 footprint, it’s large enough to accommodate three or four sleepers, so you can have a buddy help you pack it in.

The Nemo Apollo is about as minimal as it gets, which is exactly what you want if you’re trying to pack light and hike deep into the woods. Weighing a mere 1.4 pounds, the three-person shelter collapses down to about the size of an overstuffed burrito. Admittedly, it’s not exactly cheap for what’s effectively an aluminum pole and a Silnylon canopy, but you’d struggle to find a lighter, more reliable setup.

At 2.6 pounds, the OneTigris Smokey Hut weighs just a bit more than the bare-bones Nemo Apollo, but it’s a good bit more affordable and strikes a good middle ground between minimalism and comfort. The 20D silicon-coated nylon shell excels at trapping in heat, and the waterproof, wind-resistant design includes a stovepipe opening if you really want to warm up the teepee. Few other teepees for the price can withstand the elements as well as the Smokey Hut.

In fairness, this three- to six-person Dream House shelter is more of a yurt than a true teepee, but it’s good enough to make this list anyway. Made of heavy-duty canvas, the shelter is available in a half-dozen or so different sizes, ranging from 9.4-foot diameter to 19.7-foot diameter. In other words, it’s massive—large enough to contain a king-size bed with plenty of room spare. This is the teepee you want if you want to live it up while in the woods.