Four Ways to Get Your Coffee Fix While Camping

Brew a perfect cup of joe, whether you’re backpacking or serving a full deer camp. 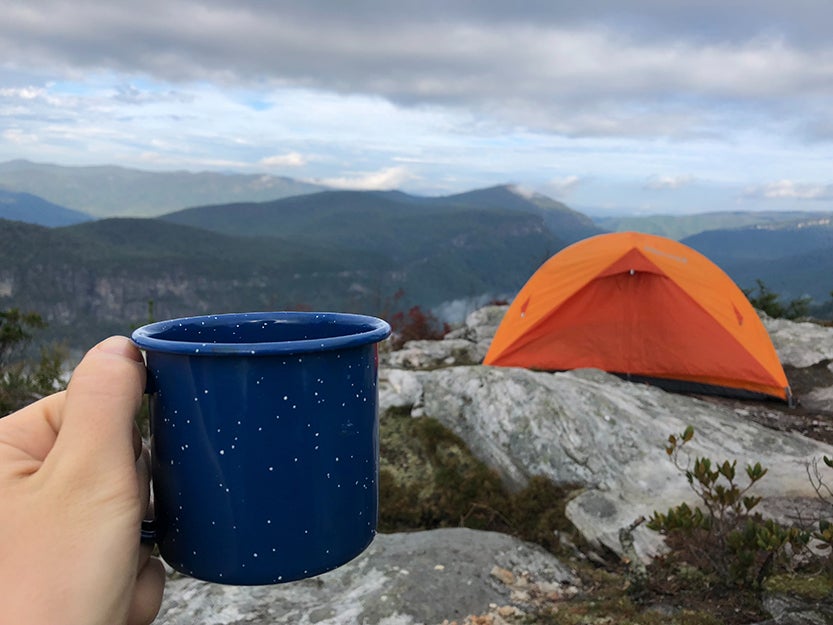 You’re addicted to coffee. You might try to deny it, but if you’ve ever gone on a hunting and fishing trip without your morning cup, you know that it’s a certified fact. (You’re in good company, for what it’s worth: Teddy Roosevelt reportedly drank a gallon of the stuff a day, even when in the backcountry.) Fortunately, the days of suffering through cowboy coffee are long gone, and today’s sportsmen have tons of choices when it comes to brewing up a cup while afield. We’ve narrowed down four options, one of which will surely suit your next outing.

This 32-ounce container has a super-tough 18-8 stainless steel outer pot, designed for cooking and boiling water in camp, which is handy. But, for caffeine-addicted sportsmen, the real appeal is the internal French-press component, which makes brewing ground coffee beans straightforward and easy: No paper filters, no instant coffee, no plethora of parts to keep track of and clean. Plus, it’s affordable. This pot has received an overwhelming amount of praise from Amazon reviewers, and no surprise.

The 32 ounces of coffee that the Stanley Adventure All-In-One Boil can brew should be enough to share with a buddy. But if you’re throwing a big deer camp or cooking breakfast for a crowded duck blind, you’ll want to opt for the stainless-steel Farberware Classic Yosemite Percolator. Ideal for camping-stove cooking, it brews about 96 ounces of coffee, has a reasonable price tag, and seems to hold up better than many enamelware percolators. Plus, it just has a nice, classic look.

If weight is a concern on your upcoming outing, instant coffee can fill the void of a normal cup of joe and prevent you from having to pack excess coffee-making supplies. Opinions abound online about the best instant coffee, but Mount Hagen is a clear favorite, in terms of taste anyway, the downfall of most instant-coffee options. Mount Hagen is organic and fair-trade certified, and, no shock, it isn’t exactly cheap. But if you’re after tasty coffee, it’s a good option. Plus, since it comes in a jar, not in those little plastic pouch things, so you won’t have to worry about littering on the trail.

Though Mount Hagen might dominate in terms of taste, it certainly might set you back a bit financially. If you can’t stomach spending that much money on instant coffee, Alpine Start receives generally favorable taste reviews. The little plastic pouches that it comes in aren’t compostable or recyclable, unfortunately, so you’ll have to keep up with litter, but you might find the savings worth it.