Riding With the Marten Men 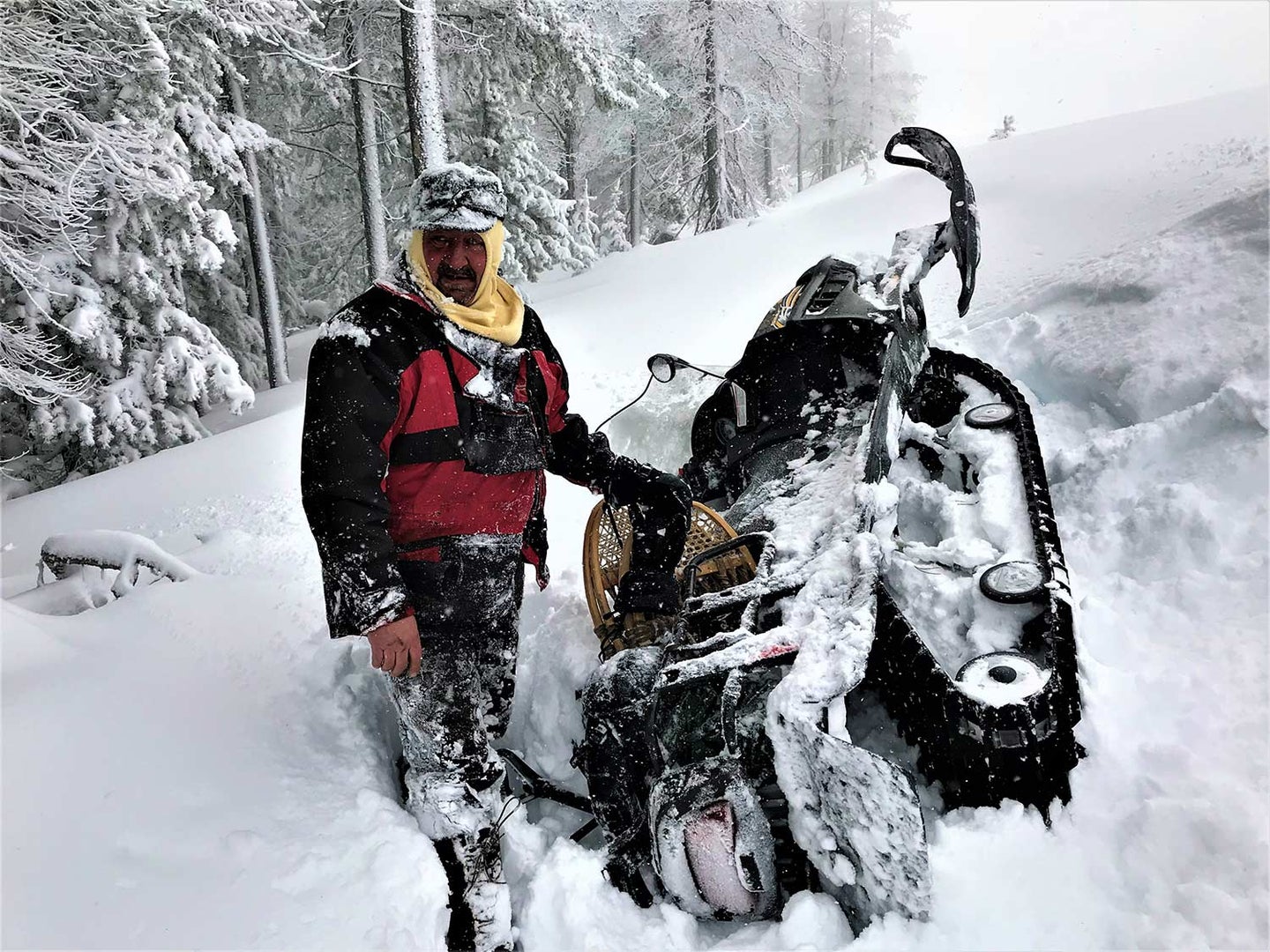 Brian Gartner in a predicament, 18 miles deep in the backcountry on the day the author tagged along to check the trapline in Montana. Toby Walrath
SHARE

Imagine that it’s mid January and the thermometer reads 20 below zero. The snow on the pass is roughly eight feet deep although it’s difficult to tell with drifts that could bury a bulldozer. It’s dark and lonely up there on the mountain but for true marten men like Guy Kempthorne all that matters now is that the season is half over and it’s time to move.

Hidden among rocky mountain vistas and dark stands of lodge pole timber live pine marten; small weasel-like creatures with dark fur and an insatiable appetite for just about anything edible. Pelts from these marten are used world-wide to make clothing for warmth and fashion. Every single one of them is brought to market by fur trappers who specialize in adventure.

Serious marten men are a little-known group of tough trappers who work in near secrecy. It’s not because they are hiding from the world but rather the world simply can’t find them. They travel the most difficult terrain to ply their trade and brave brutal conditions.

There isn’t a pile of money waiting at the end of the three-month-long season. In 30 years, Kempthorne has seen high averages of nearly $100 per pelt and lows of just $15. It takes three months to accumulate 20 to 40 marten when things are good. But it makes no difference how much the pelts are worth or how many marten are caught, marten men are driven by more than profit to run their trap lines.

“It’s just the solitude of it, that’s why I do it and the farther I go back the more intriguing it is to see the next drainage or the next creek draw to see if there are any good places to set [traps]. That’s why I love it so much,” Kempthorne says.

That kind of get-up-and-go doesn’t come without risks. A few years ago Kempthorne found himself 14 miles from the highway during a blizzard. His snowmobile was stuck and he was all alone. It took him hours to dig out and he recalls that he had never been so close to hitting the S.O.S. on his SPOT rescue beacon.

Trapper Paul Fielder wasn’t so lucky when his machine flipped over and threw him 30 feet off the edge of a steep embankment in 2014. Fielder had a good supply of survival gear but his quadriceps tendon tore from his knee, which left his thigh muscle bunched up near his groin. He wasn’t able to get his machine moving again. After praying for hours that somehow his cell phone would reach dispatch, it finally did. A rescue team arrived later and Fielder received a ride on a sled and a visit to the hospital.

“Marten live in such high, pristine, wild, primitive places and that draws certain kinds of people to it,” Fielder says. “There’s really no way to explain it.”

A desire to roam the high country is a prerequisite for marten trappers and that sentiment was echoed by Brian Gartner, who is as close to America’s last mountain man as it gets.

“I just have a strong desire to be in that environment by myself and to be there all alone,” Gartner says.

High in the mountains Gartner has run trap lines from a remote cabin on snowmobiles and snowshoes since the 1980′s. But there’s more to it than simply finding some solitude.

“A lot of it is spiritual,” Gartner says. “I just love being there more than harvesting the animal. You really get the sense that it’s just you and God, nature, all of it.”

Men like these are rare. They push themselves to physical extremes and would have it no other way. The desire to explore desolate rocky mountain drainages and solitude is sometimes obscured by the tangible product they ship to market each year.

On the surface they may be simple fur trappers seeking pelts, but it’s much more than the pelts that pull them into the mountains each winter.