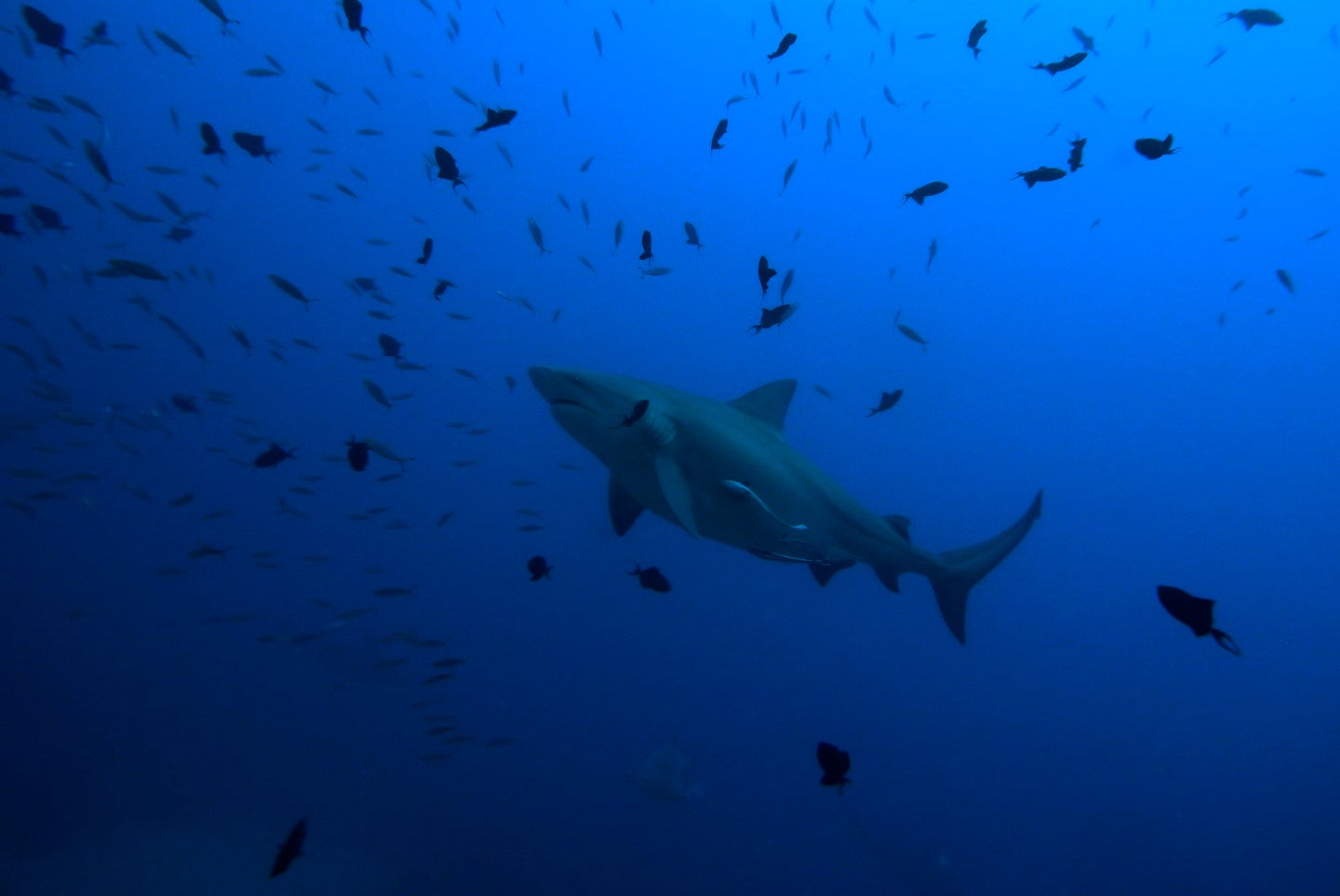 Phillip Brown, 24, was spearfishing for barramundi in shallow water Sunday just a few hundred yards from Yarrabah Beach in North Queensland, Australia, when he was attacked by a bull shark. Brown came face to face with the shark, and started swimming toward shore, which was a little more than 300 yards away. Just as Brown thought he had made it to safety, the shark bit Brown around the knee.

“I knew it was going to happen,” Brown told ABC Far North. “Just as I grabbed the rock, he came up from behind and grabbed my leg.”

Brown stabbed the bull shark in the head with a spear gun and it swam off. He pulled himself out of the water and onto a rock, but since there was so much blood in the water, the shark continued to circle him.

“He came back two or three times to have a go, but I was right up in the shallows with my foot out of the water,” Brown said.

Luckily, Brown hadn’t been fishing alone. His friends were in his boat nearby, and he called to them for a pickup. Once he got onboard, a bandage and tourniquet were made from his nephew’s shirt and the boat anchor rope.

But the tide was low, so it made motoring back to the beach difficult. His friends navigated as close to shore as possible before the boat ran aground. Then they carried Brown to shore and put him in the back of a truck. Brown was taken to Yarrabah Hospital for immediate treatment, and later flown to Cairns Hospital for surgery.

“Because it was my boat, I just said to my mate, ‘Keep going brother—drive it through the mud. Just get me to the bank.’”

Queensland is one of five states in Australia, located in the northeast corner of the continent. Offshore, the Great Barrier Reef stretches along its coastline, hosting thousands of fish and marine species. According to the Australian Shark Incident Database complied by the Taronga Conservation Society Australia, shark bites are rare off the coast of Queensland. In the last decade there have been only 29 other unprovoked shark “interactions” reported there since 2012, which averages out to 2.9 incidents per year. Just three of those incidents resulted in human fatalities.