Watch: Leopard Leaps Out of a Tree and Takes Down an Impala 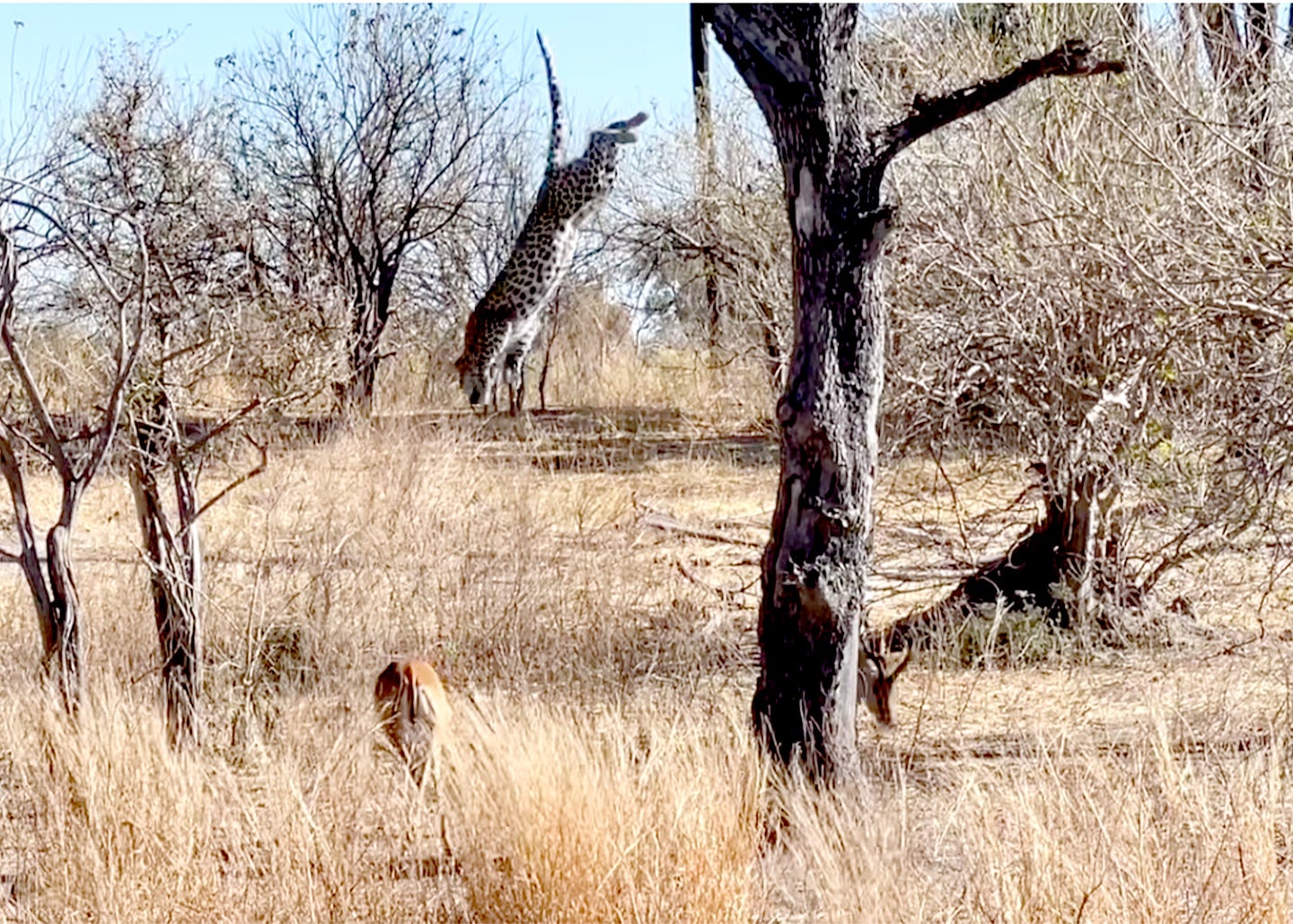 Lee Fuller has been guiding photo safaris in the African bush for more than two decades. He’s captured plenty of awe-inspiring wildlife encounters in that time, but he says that a leopard sighting he caught on camera a few weeks back is one of the most incredible things he’s every had the privilege of witnessing. Fuller shared the video to Instagram on August 24—the same day he filmed it.

“It was just unbelievable,” Fuller tells Outdoor Life. “I’ve been doing safaris for 22 years and I’ve never seen anything like it.”

The short video shows exactly what happens when a leopard gets the drop on an impala. It starts with the impala grazing with its head down near the base of a tree. Neither the antelope nor the viewer has any idea there’s a leopard at the top of the tree until the big cat leaps down from the canopy and lands right on top of the impala, driving it into the ground.

The takedown happens quickly. Before the antelope knows what hit him, the leopard bites down on the animal’s snout, wrapping its long legs around the antelope’s neck. With its head totally immobilized, the frantic impala tries to run in circles and break free, but the leopard never loosens its grip. At the end of the video, the two animals are tangled up, the impala is out of breath, and it becomes clear enough that the leopard is having antelope steaks for its next meal.

Fuller says he was guiding a married couple when he recorded the epic footage. They were all staying at Mombo camp, which is located in Botswana’s Okavongo Delta. The world-famous Delta represents one of Africa’s greatest natural sanctuaries, and its sprawling grasslands are home to vast concentrations of wildlife. It’s an area that Fuller knows well as the owner and operator of Lee Fuller Safaris.

Still, in all the time he’s spent in the Okavongo Delta, he says he’s never seen a leopard pull off this style of attack.

“I’ve never seen a leopard jump out of a tree like that before,” Fuller says. “The [other] guide who I was with has been in Mombo for 18 years, and he’s only seen this happen once before. So yeah, it’s pretty rare footage I think.”