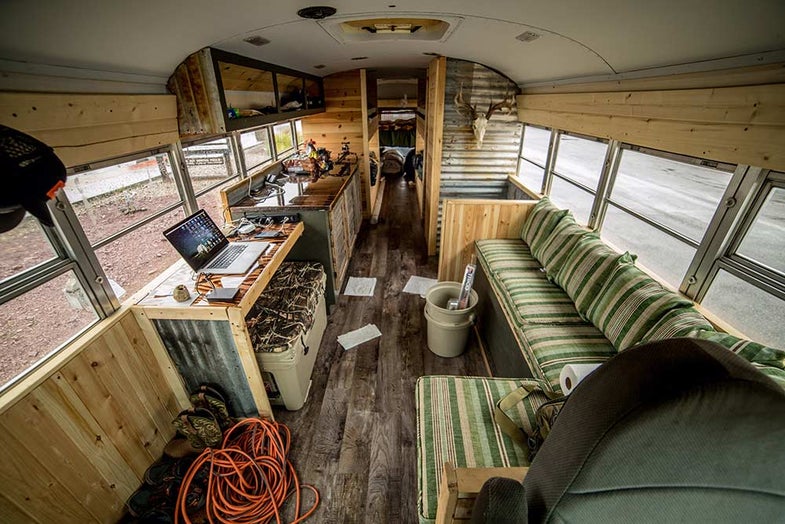 The bus when it was finally filled with gear—organized chaos at best. The paper towels on the floor were collecting rainwater from a leak I didn’t know existed until that day. Sam Soholt
SHARE

I had the idea to turn a school bus into a mobile hunting lodge a few years back, and it had been hovering in the back of my mind ever since. But I finally decided to pull the trigger on the project when I realized I might be able to help in the fight to keep public lands accessible and open to the public. The bus seemed like the perfect portable billboard as I traveled between public parcels and raised awareness about the current political battle. My plan is to travel for one year, spending time on public lands and taking part in many of the recreational activities these lands have to offer, including hunting and fishing. It’s shaping up to be one hell of an adventure. I hope you’ll follow along with me, and that we both learn something about the value of public land.

Although I’d like to think the build will never be done, and I’ll keep adding and improving as I go. 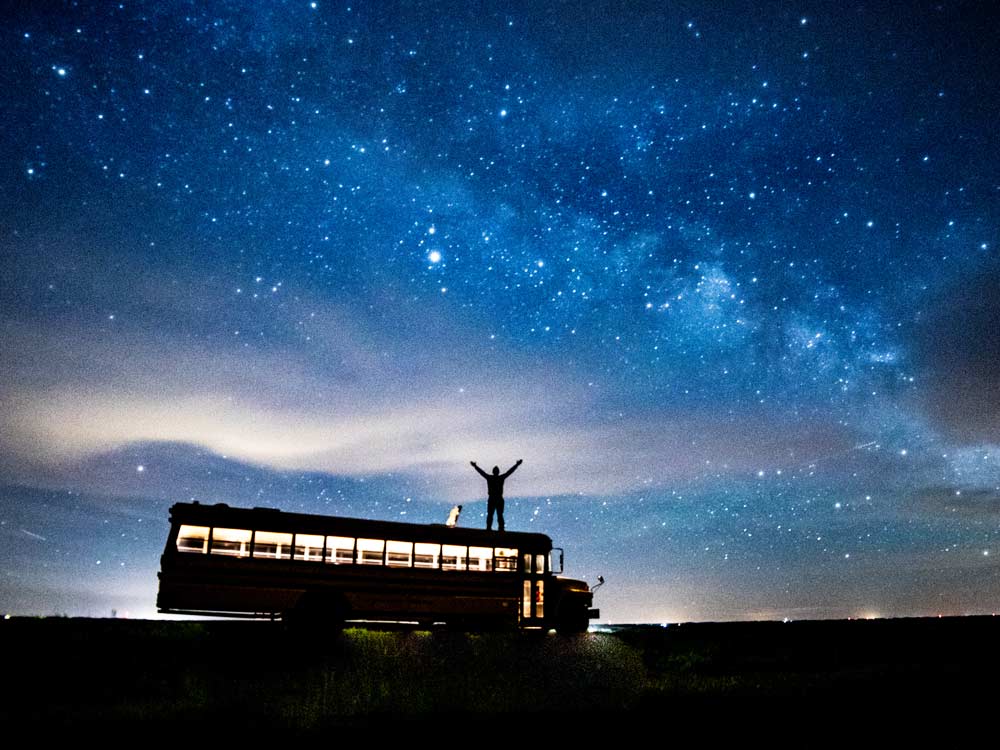 $5 from every shirt sold goes toward public-land conservation