Tibet GTX Hi: Anatomy of Good Mountain Boots (And When to Wear Them)

Last month I hunted in northern New Mexico with a pair of Lowa Tibet GTX HI boots laced to my... 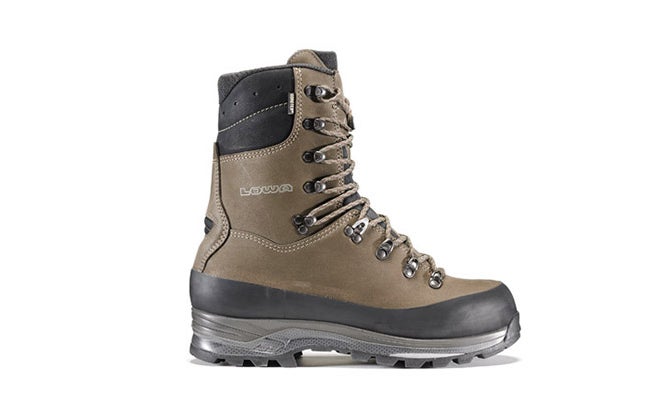 Last month I hunted in northern New Mexico with a pair of Lowa Tibet GTX HI boots laced to my feet. We were hunting at 8,500 to 10,000 feet and the terrain was fairly steep, however it was not exactly rugged. The Lowa’s were awesome, but they were also overkill for this hunt.

Here are some points on what makes a good mountain or backpacking boot and the best applications for them.

For shorter trips in regular terrain, you don’t need a souped-up boot like the Tibet GTX (it’s sort of like driving a Lamborghini to the grocery store). First off, the boots are relatively heavy. They weigh 1920 grams or 4.2 pounds. They’re also pretty dang expensive at $395.

But top-end boots become worth it when you are headed into rugged terrain for long treks. These boots are designed for durability and stability when you’re covering rocky, nasty terrain and packing weight. Think scree fields, and heavy hindquarters above treeline. On deep treks in rugged terrain, keeping your feet, ankles, and knees going isn’t just a matter of comfort, it’s about getting home safe.

Here are some of the finer points of the Tibets’ design:

I opted for the Hi version (pictured above) for the additional ankle support but Lowa also makes a lower version.

The boots are so sturdy that it actually takes a little while to get used to walking around in them.

Here’s the upshot: don’t buy a pair of mountain boots thinking they’ll turn you into Superman on a flatland hunt. They’re carefully designed for steep angles, long miles, and sharp rock. If that sort of fun is in your future, you won’t do better than the Lowa’s Tibet GTX.