Top 5 Shooting Mistakes Hunters Make (And How to Fix Them) 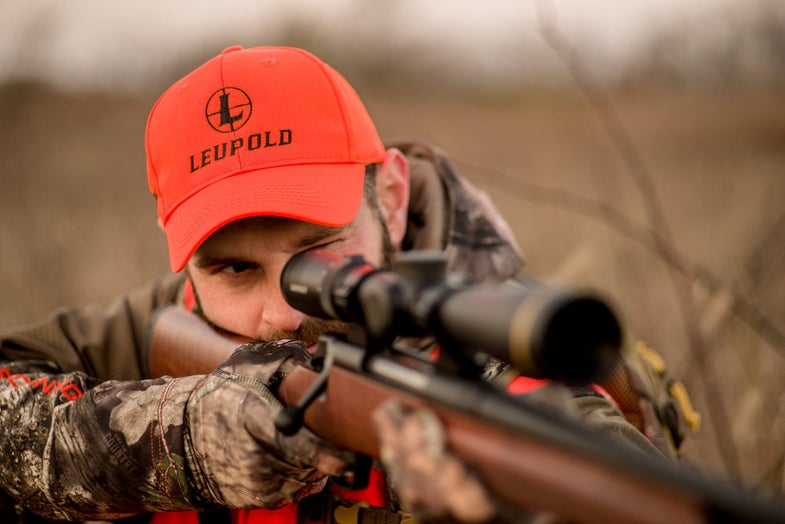 The mount and being in the right position are two keys to making an accurate rifle shot.
SHARE

Once I fired three consecutive bullets into a 4-inch circle at 1,000 yards and fancied myself quite the marksman. Then I missed a bull moose at 150 yards. Apparently, shooting targets isn’t the same as shooting game.

At the moment of truth, with game in our sights, we tend to fall apart—physically and mentally. According to instructors at FTW Shooting School in the southwest corner of Texas Hill Country, most of us don’t realize which mistakes we’re making. So let’s figure it out. The following are five of the most common shooting errors. 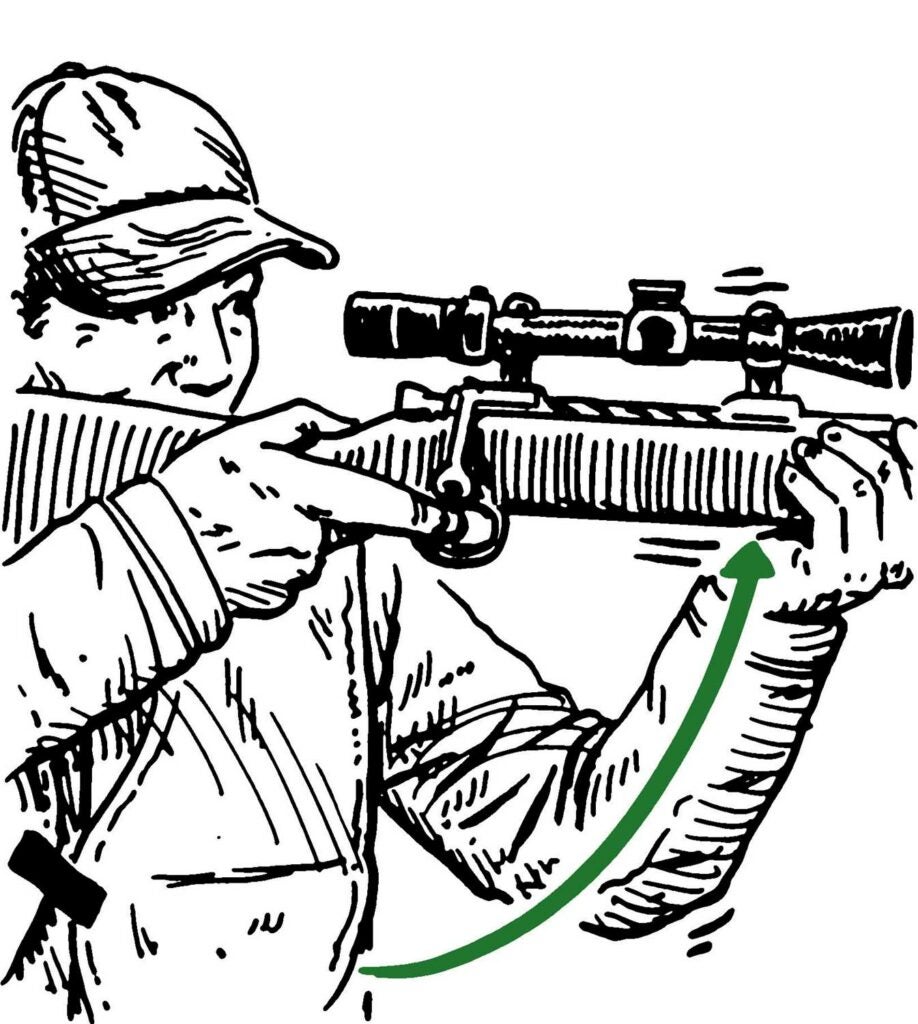 This is how a hunter of 38 years’ experience can miss a moose. I knew I’d flinched before my bullet even landed below my moose. Fortunately, I knew what to do next: Calm down and focus on a smooth, clean trigger squeeze on the next shot. A flinch can be as simple as a too-quick jerk of the trigger or as serious as lifting the head off the stock and jerking the shoulders as if you’re trying to get away from the anticipated punch of recoil.

Dry-firing. This means making a careful shot with no live round in the chamber. You won’t jerk or flinch because you know there will be no recoil. Doing this again and again cements muscle memory. You can test your steadiness by watching where the sight is when the firing pin falls. If it remains on your aiming point, perfect. With live ammo at the range, check for flinching by having a partner hand you a rifle he may or may not have loaded. If you think it’s loaded and flinch, you’ll feel it and your partner will see the jerk behind the jerk. It’s mind over matter. 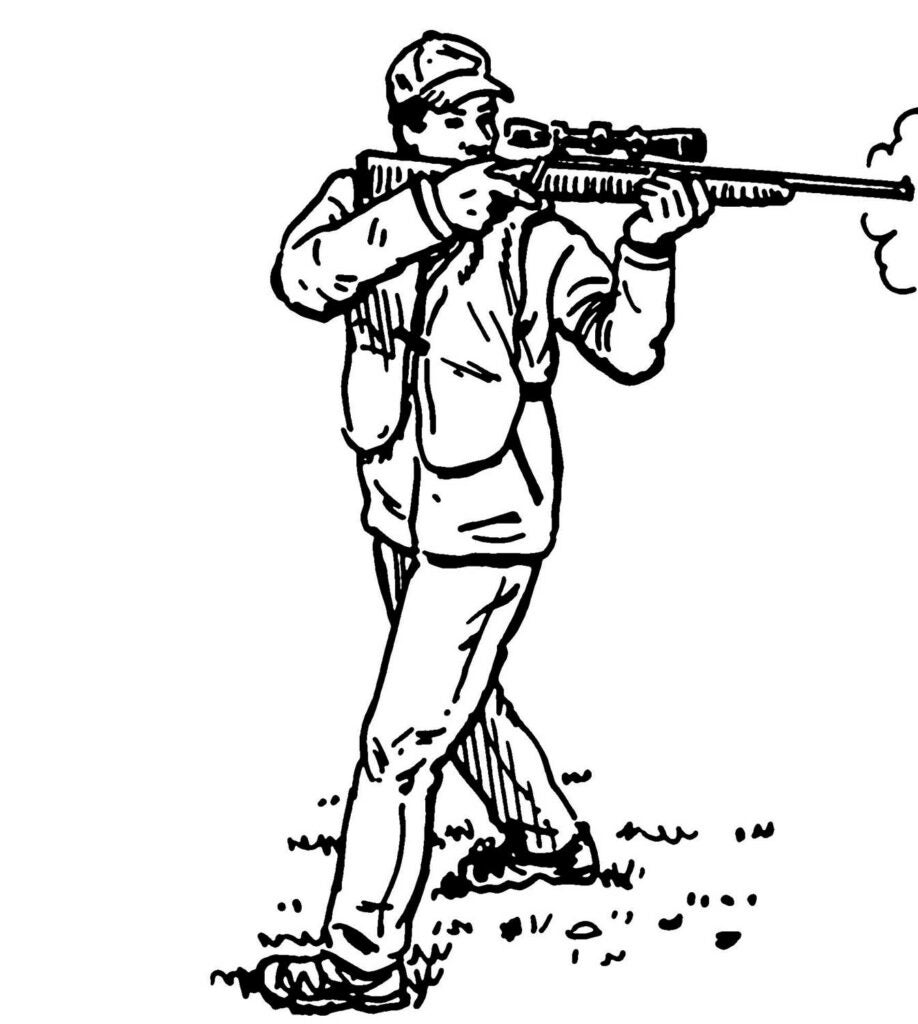 The buck walked between two trees and stopped, only its rump showing. Justin twisted his torso hard right, leveled his rifle—and waited. By the time the deer stepped clear, Justin was shaking so violently he couldn’t have hit the tree—any tree. He should have settled into a more comfortable position.

Being able to assume the best shooting position is a critical skill rarely mastered. It means knowing which position is steadiest for any situation. Sometimes a standing, offhand shot is the correct one. Lying prone only to discover the rolling ground covers your target is a waste of time. So, first train in all the standard positions: prone, sitting, kneeling, standing. Then train with your preferred shooting support (bipod, monopod, sling.) Then teach yourself situational awareness. As you hunt, observe terrain and vegetation, and how those influence suitable shooting positions. Hunting is a thinking person’s game. Planning ahead puts you at the top of that game. 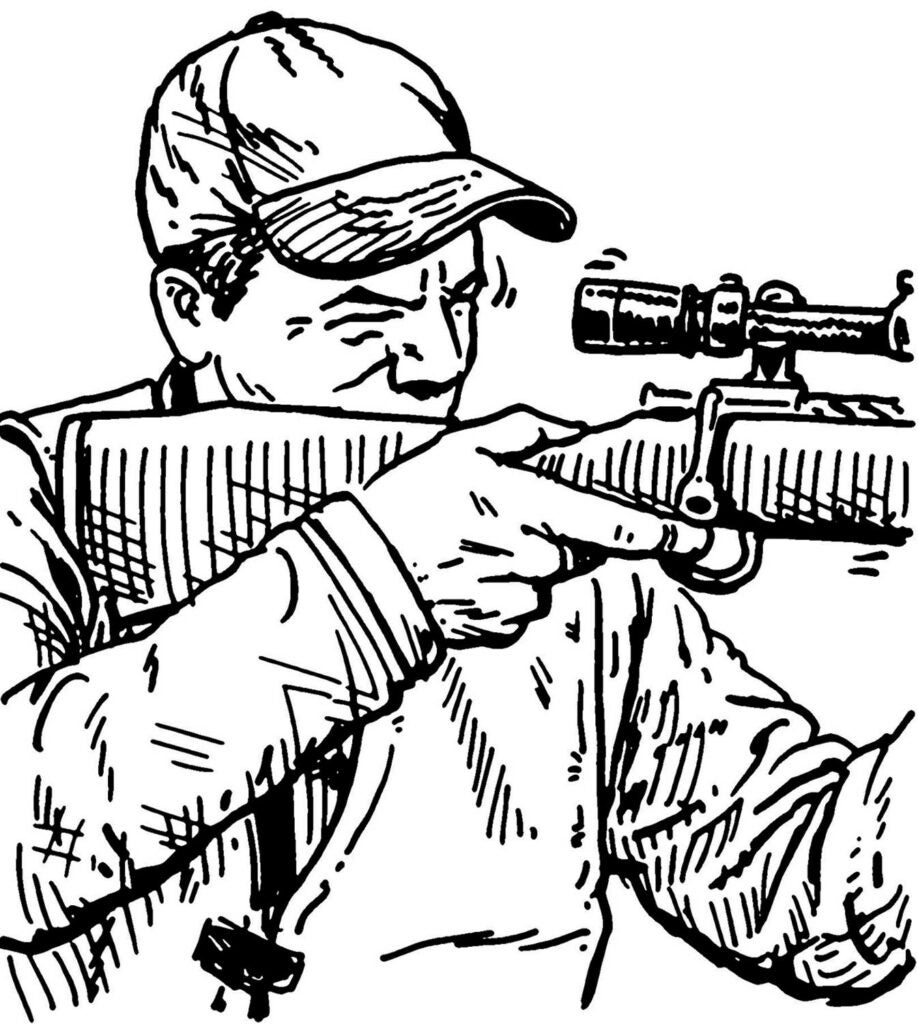 I’d settled the crosshair behind a pronghorn’s shoulder and had just begun pressing the trigger when the buck began to turn away. Not wanting to miss my opportunity, I slapped the trigger. The 115-grain bullet from my .25/06 landed in the animal’s rump, ruining 7 pounds of the tastiest venison in North America. Rushing the shot is a kissing cousin to flinching. You don’t quite flinch, but you hurry your shot by slapping the trigger rather than following through smoothly and cleanly.

Mind control combined with dry-firing again. And again and again. Going through the motions of perfect trigger control (see No. 1) cements the action. But you must combine this with a firm resolve to ease off on that trigger any time you sense an animal is about to move out of its perfect position. 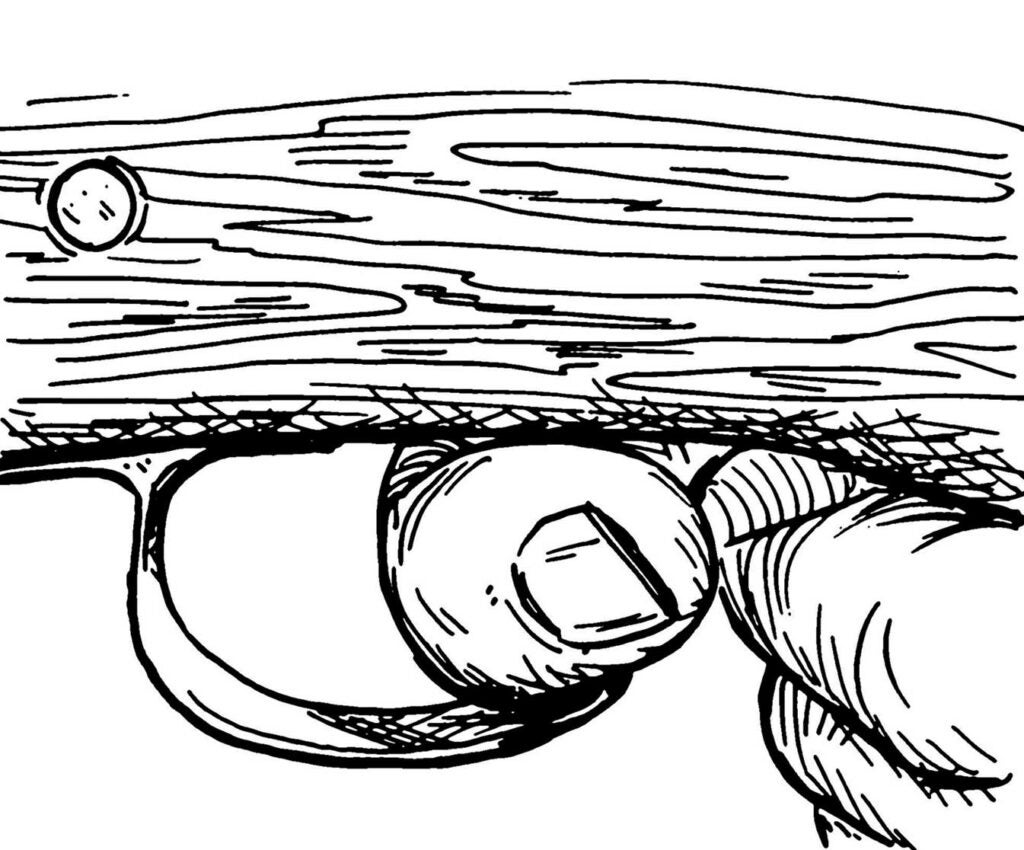 Dust flew just in front of the buck’s brisket, driving the animal back into the brush and out of Ben’s life. “You pulled it right,” I said. Ben used the tip of his finger to press the trigger, throwing the shot right. You can also have the opposite problem. If a right-hander puts the trigger shoe deep in the crease of the first finger joint, it will nudge the point of impact slightly left.

Use the center of the pad on the last joint of your trigger finger to move the trigger straight to the rear. Center pad, center trigger, and come straight back. 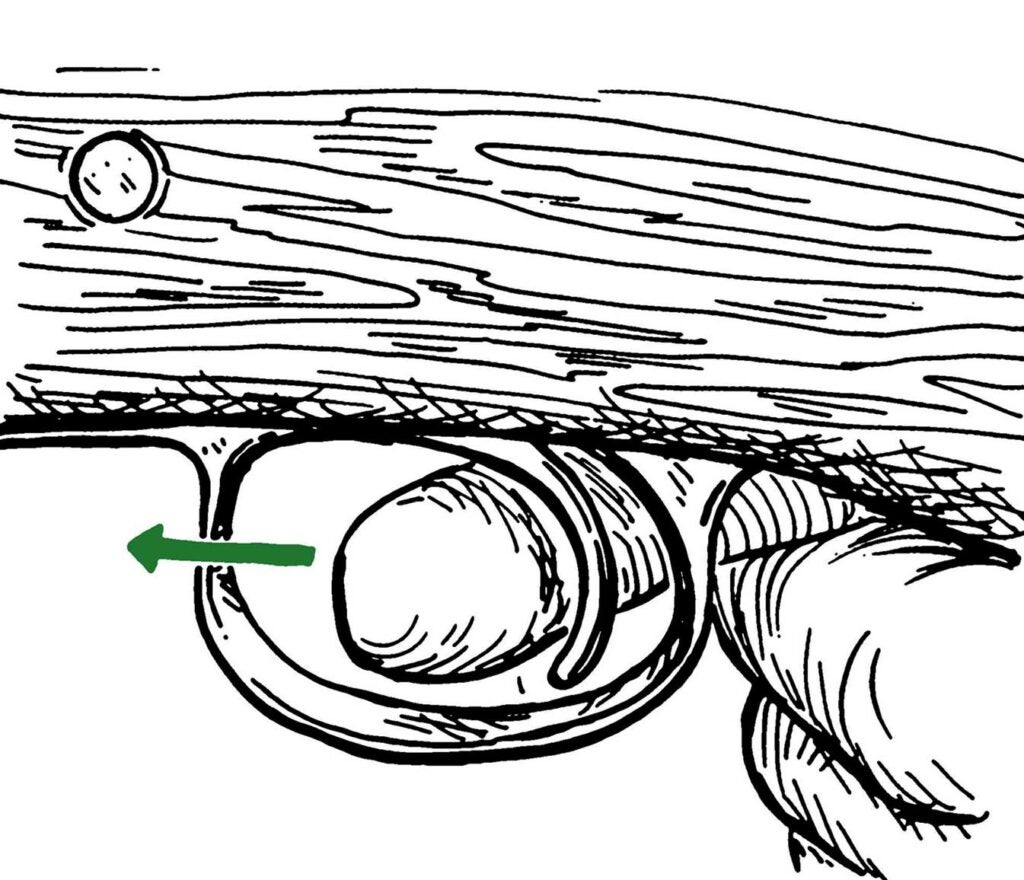 This means flicking your trigger finger forward the instant the shot breaks. This might disrupt the rifle before the bullet exits, but more likely it leads to slapping the trigger and throwing off the shot. You should follow through by maintaining your squeeze and holding the trigger fully back after the bullet is away.

Sorry to sound redundant, but dry-firing is the magic pill for most shooting mistakes. To stop booger flicking, concentrate on pulling the trigger back and holding it fully back after the firing pin falls. Pin that trigger back, and imagine watching your bullet all the way to the target.