Turkey Hunting: Why the Striker is Just as Important as the Pot Call 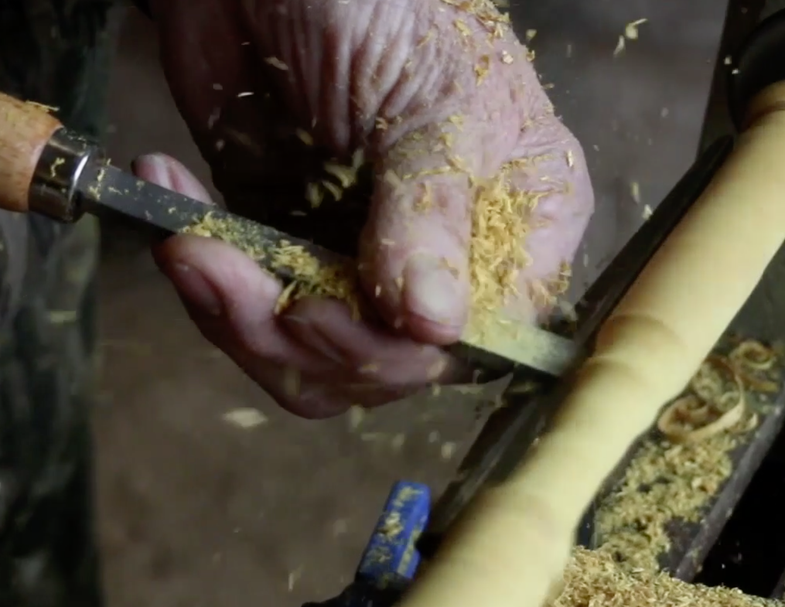 Tucked into one of southwestern Wisconsin’s many secluded valleys, you’ll find Dennis Woodall living and loving the country life. Woodall is an all-around outdoorsman, but spring gobblers are what really trip his trigger.

Woodall was a pioneer of Midwestern turkey hunting during the 1970s, when the birds were trapped in Missouri and transplanted to states such as Wisconsin. Of his many accomplishments, he was a founder of the National Wild Turkey Federation in Wisconsin, and he has been on the Quaker Boy pro staff for more than 3 decades. He was best friends with turkey hunting legend Dick Kirby, and they spent many seasons together hammering Eastern longbeards around Woodall’s Wisconsin stomping grounds.

A key to Woodall’s consistent turkey hunting success is talking turkey with his own custom strikers, which he builds in his backyard pole barn. He sells some of his strikers or gives them away as gifts, but the rest end up in his turkey vest as a personal stash. He refined his original striker designs by sitting in a blind and mimicking real hens—the strikers that sounded realistic were placed in one pile as keepers, while the rest were tossed in the trash. Apparently his final product was a true winner, because Kirby went on to use one of Woodall’s strikers to win several turkey calling competitions.

This video shows Woodall building a striker from a raw block of osage orange wood (his favorite material), along with some advice about choosing and using strikers for your pot calls.