Rudolph felt the pain. No love until everyone realized how he and that red honker could benefit the program. It’s... 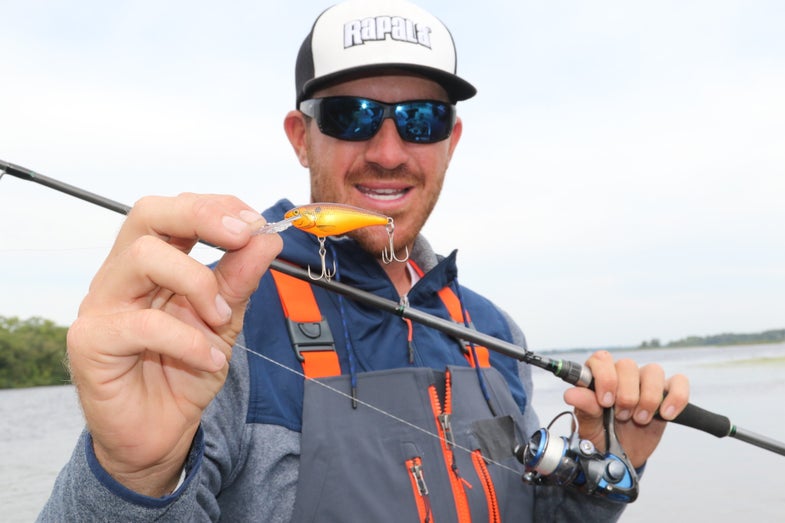 Rudolph felt the pain. No love until everyone realized how he and that red honker could benefit the program. It’s the same deal for spinning rods and bass fishing. Anglers mock the “fairy wands” and “sissy sticks” until they start slinging fish they can’t convince with the more macho baitcasting gear.

Disclaimer: We love our revolving spools too. We’re simply noting some winter truths. Foremost is the spinning rod’s superior ability to sling the lighter baits common to colder months. Fish are often lethargic, so sucking in a few smaller baits makes more sense than expending the body-warming energy required to chase down larger meals.

A few of the options best presented with spinning gear include:

Dropshots: Light worms and small baitfish imitators are an easy sell this time of year. Keep those leaders short when fish are hugging the bottom, and lengthen them for suspended bass.

Shaky Heads: Widely considered the go-to bait for tough situations, it’s awesome for everything from walking down bluff walls to probing dock pilings.

Light Carolina Rigs: Ditching the swivel/leader setup and dropping down to a small weight spaced by a rubber stopper gives you a convincing presentation without the heavy impact.

They’re all fine choices but don’t overlook cranking. Downsizing to smaller profile crankbaits like a No. 5 Rapala Shad Rap pretty much takes baitcasting gear out of the picture, as casting those light baits is a tall order for the tackle.

You’ll sacrifice some accuracy when departing from baitcasting gear. However, line flies off a spinning reel spool with greater ease, so most consider this a reasonable tradeoff.

Most importantly, spinning rods are more easily operated in cold weather when gloved hands are the norm. Managing the spool and feathering a cast requires experienced skill in any conditions, but the bulk of winter attire can complicate, or at least burden, the duty.